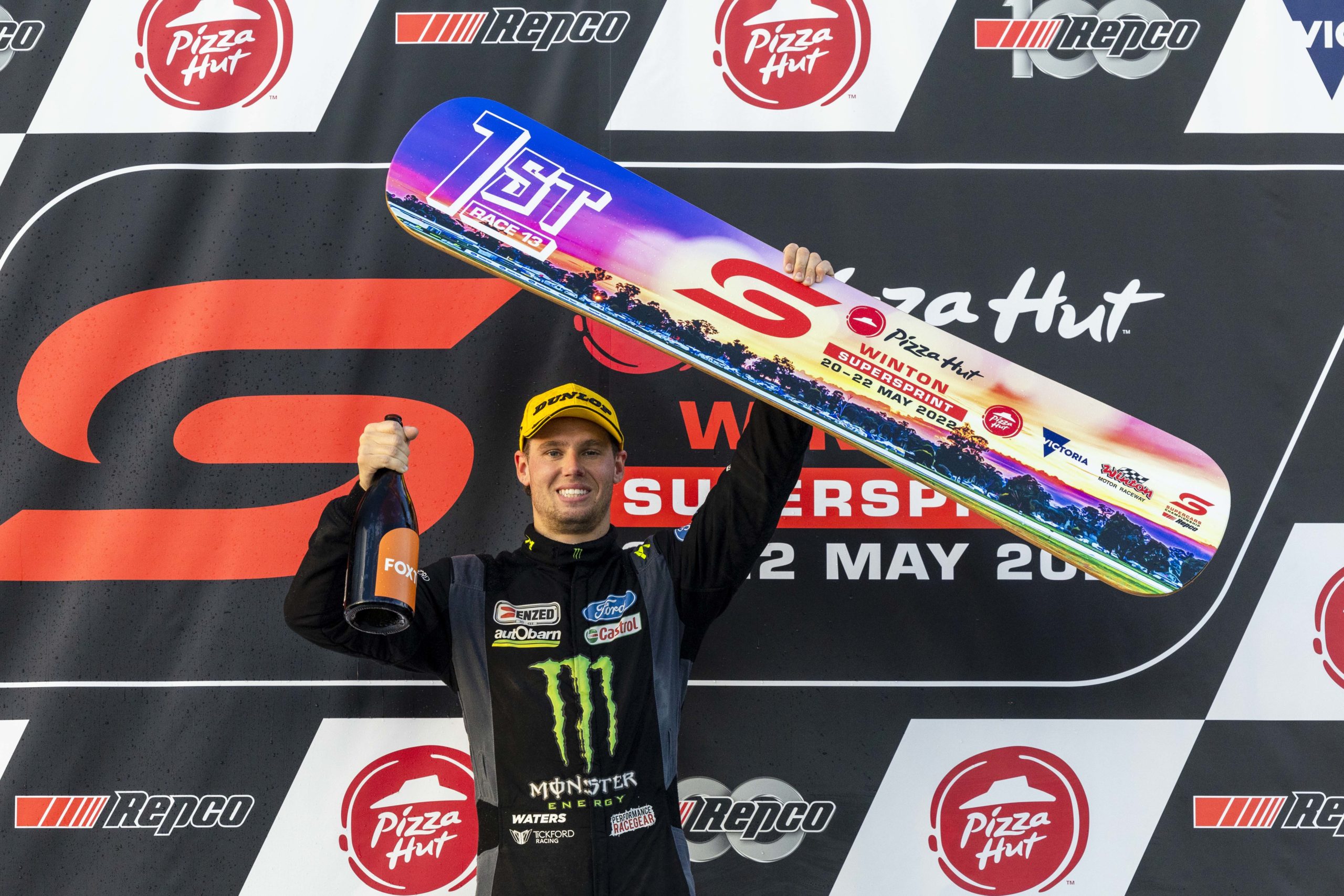 Waters has been one of Shane van Gisbergen’s fiercest adversaries since the beginning of 2021, prevailing in three hard-fought bunfights at Tailem Bend, Townsville, and now Winton.

The #6 Monster Energy Racing driver scored his first win of this year’s Repco Supercars Championship in Race 13, engaging in another ding-dong battle with the #97 Red Bull Ampol Racing entry.

The contest came down to the wire, ending in a last lap, last corner clash that resulted in steering damage to van Gisbergen’s car.

“Maybe that’s just a strength he has. He’s able to read what the guy behind is planning on doing.

“I mean, we’re all sitting in the garage watching the telecast and we’re all closet drivers – like we talk about Gizzy, we knew what he was going to do at the last corner, Cam was thinking about that himself.

“He’s driving within his ability that he has the capacity to actually think about these other things. Other drivers, their full capacity goes into driving the car and they’ve got nothing left to think about whatever else is going on.

“I’ve talked about it for years, Michael Schumacher in his heyday would be talking to Ross Brawn the whole way through the race. Someone would come out of the pits a lap down and he’d be asking him what their strategy is.

“He [Waters] is processing all these other things at the same time, and that’s the sign of a strong driver that can actually process other things.

“He did that last year as well. You look at the race he won in Tailem Bend. It was the same thing.

“There’s a good level of respect there between the pair of them, and they’ll race hard, but when you’ve got respect – and I think even that last corner incident, if Gizzy had knocked Cam and made him wobble and there was any potential of a penalty, I think Gizzy would have backed out of it and let Cam still have it.

“Unless he got past cleanly, I think he would have let Cam win the race. He wasn’t going to do anything potentially dirty and jeopardise it.”

After having victory in Race 11 at the Perth SuperNight ripped from their grasp after a post-race penalty, Race 13 at the Winton SuperSprint represented Waters’ first win of the year.

“It was good to see Cam hold on today because I think Gizzy probably had a quicker car but Cam just put his car in the right place at the right time and I think you could see what was going to happen on the last corner, probably 20 laps out from the finish.

“True to his word, Gizzy did exactly what everyone expected him to do. Thankfully, they both managed to get to the line.”

Van Gisbergen still leads the drivers’ championship on 1179 points with Shell V-Power Racing Team duo Anton De Pasquale
(983 points) and Will Davison (924 points) second and third while Waters is fourth and 328 points adrift with 851 to his name.

Tickford Racing’s thoughts are also with Matthew Roberts, who left Winton Motor Raceway just hours before Race 13 due to a family emergency.