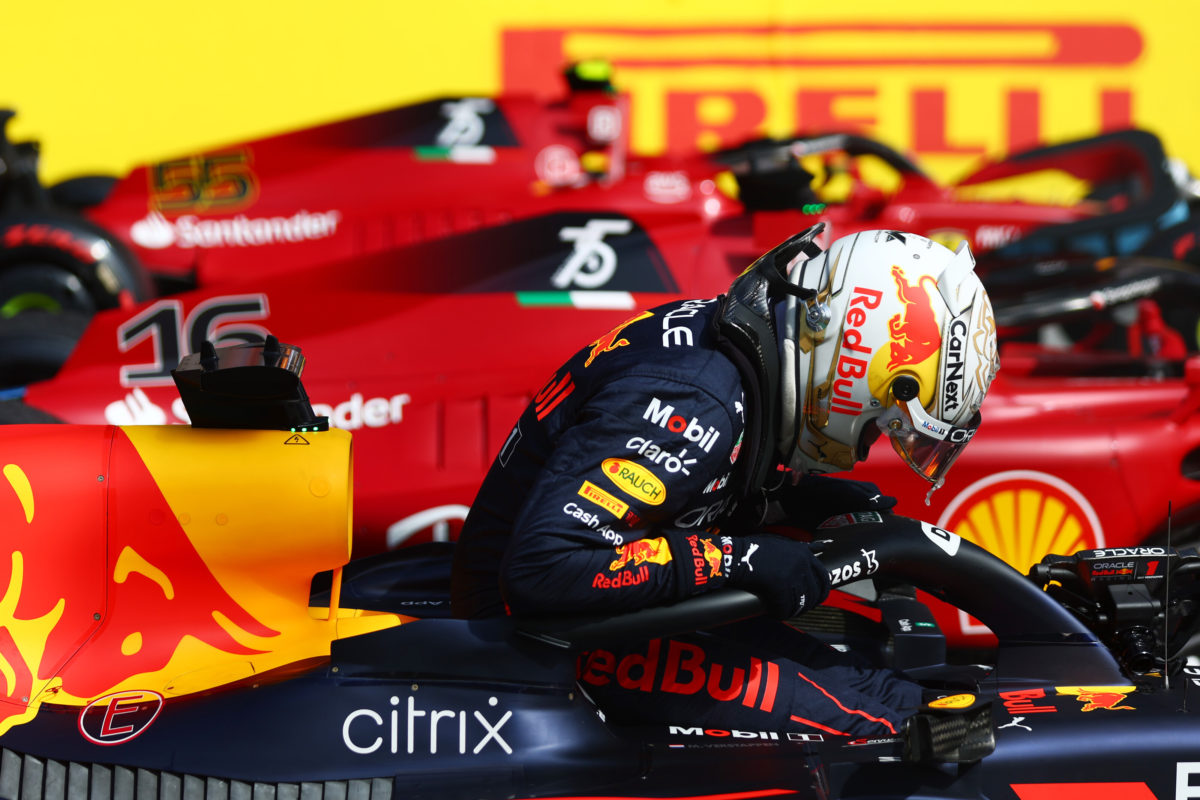 Max Verstappen has explained his final qualifying run for Sunday’s Formula 1 Spanish Grand Prix was thwarted by a DRS issue.

The Red Bull driver aborted his final run after reporting a loss of power, though the issue was subsequently identified as a DRS fault.

It left the Dutchman second on the grid behind Charles Leclerc, the 2021 world champion’s banker time set at the start of Qualifying 3 enough to ensure a front row berth.

“A lot of people improved on the second run, which is quite normal,” Verstappen explained.

“But by DRS didn’t open, so felt of course like a loss of power because of the drag.

“It’s a shame, otherwise of course we have at least an opportunity to see what you can do.

“I think overall for us, this whole qualifying and weekend, I think it was a bit more difficult for us to really find a good balance in the car.”

Verstappen noted Ferrari has arrived in Spain with an upgrade package, while Red Bull has more modest list of development parts this weekend.

Those include a circuit-specific front wing and changes to the floor aimed at generating more downforce.

The team then spent Saturday morning working to improve single-lap pace, though Verstappen is confident that’s not come at the expense of race pace.

“I do think what we improved over one lap won’t hurt our long run,” he said.

“Just the way we balanced the car, there was just a bit more potential for the one lap performance.

“We definitely didn’t do that well yesterday and this morning, so it was a bit more tricky for us to really find the connected car.

“I think we have that, so normally when you have that in qualifying it’s also better for a long run.”