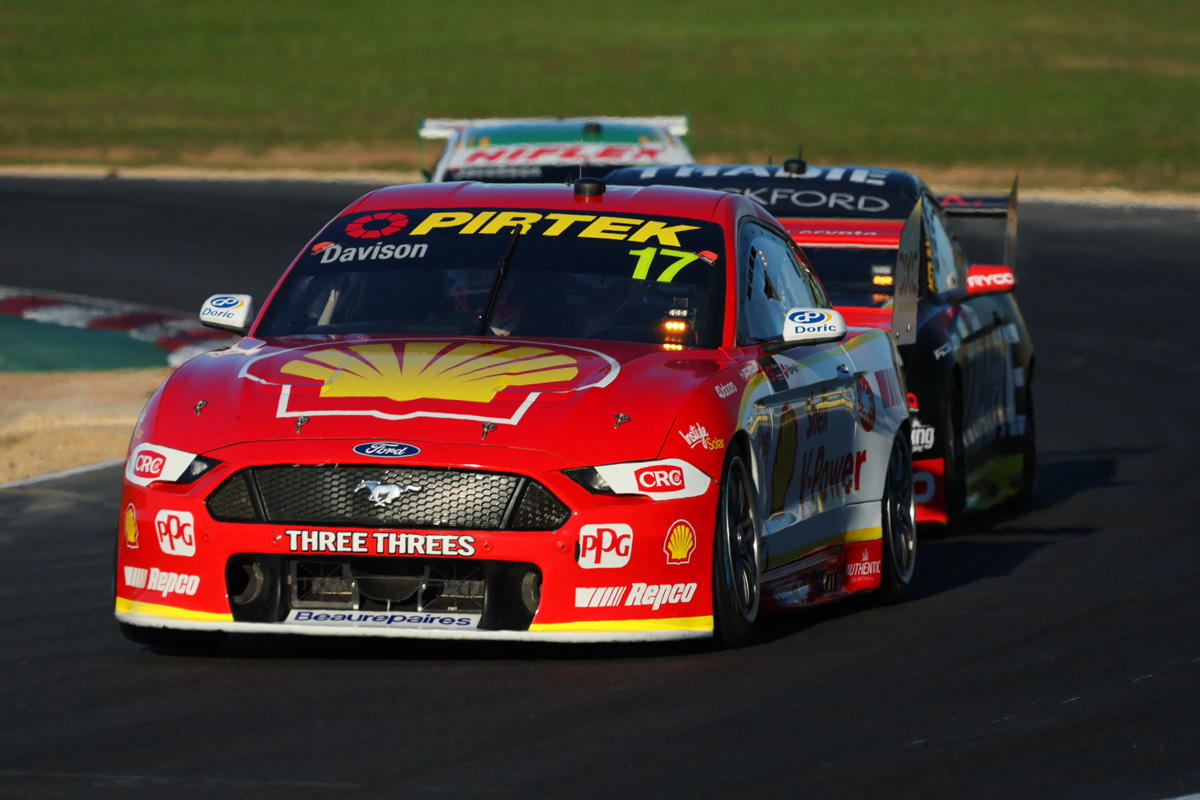 Will Davison says the Shell V-Power Racing Team will use the hurt from a lacklustre Winton SuperSprint to bounce back stronger next month in Darwin.

For the first time this year, Davison and Dick Johnson Racing team-mate Anton De Pasquale were genuinely off the pace all event, never really in contention for a podium across the weekend’s three races.

All up, DJR lost significant ground in the teams’ championship to the tune of a 137-point round deficit versus leaders Triple Eight Race Engineering, while they were also outscored by Grove Racing, Tickford Racing, and Walkinshaw Andretti United.

Davison, who lost third in the drivers’ points to Cameron Waters, described the performance as “uncharacteristic” and the traits of the Winton circuit “unusual” as they were stuck playing catch-up.

The two-time Bathurst 1000 winner indicated the Ford squad’s strengths had actually been their downfall on this occasion.

“We have an amazing car, it’s so impressive. Like anything in this game, sometimes your strength is your weakness,” he said.

“We have got some cool things in the car.

“We were obviously throwing a lot of things at it. The cars are pretty complex these days.

“We had our hands full, put it that way, but the team tried really hard.

“We’re all hurting, but we’ll be right, we’ll come out of this stronger.”

De Pasquale, who is still second overall but now 281 points behind Shane van Gisbergen, reiterated the trouble they faced to make up for rolling out of the truck wide of the mark.

“We were both struggling with similar things and we were both trying different things, but that’s part of the game; it’s motorsport,” he said.

Next up is the Merlin Darwin Triple Crown, where De Pasquale and Davison took three pole positions from as many attempts last year.