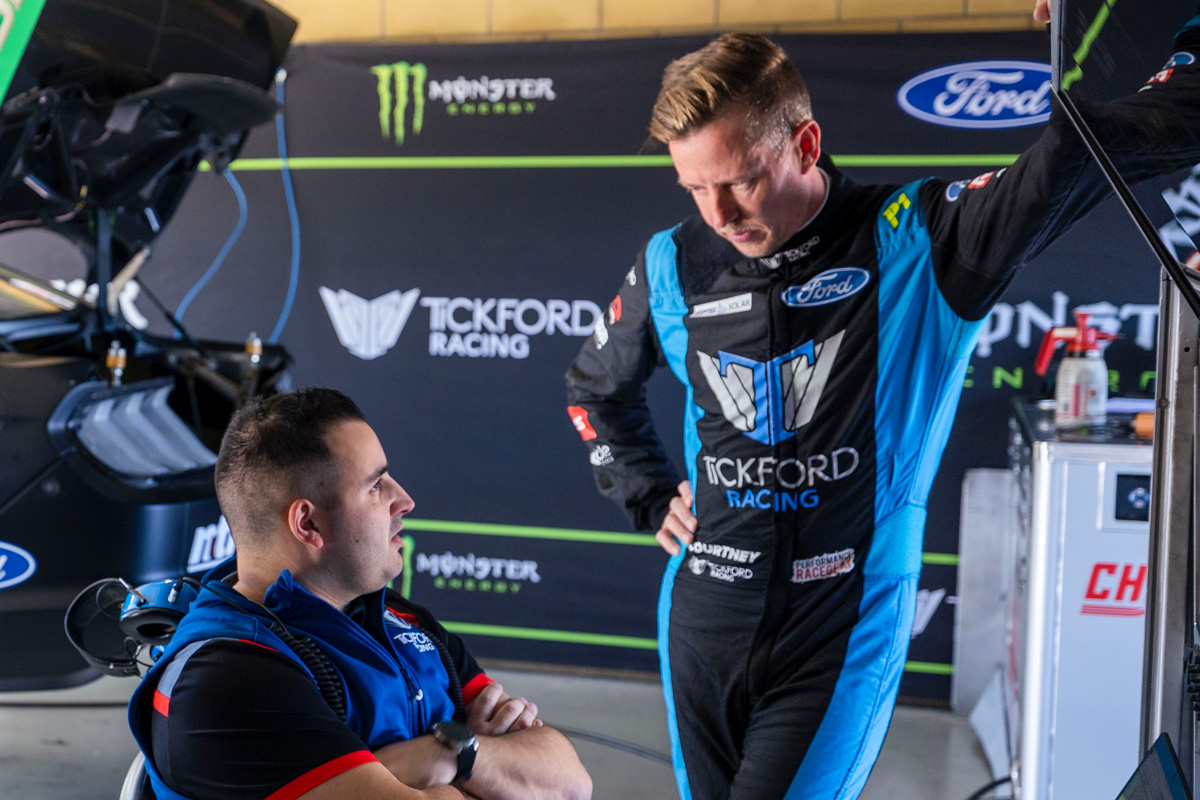 There were two very different tales to be told in the lead Tickford Racing garage this afternoon at Winton, as ecstasy for Cameron Waters was contrasted by an incident-filled Race 15 for James Courtney.

“It was my fault, I thought I was catching and I thought Jake was letting me by so I started to roll in and then obviously he wasn’t and I took his apex, so then we touched,” the 41-year-old conceded.

Courtney was in the wars again 10 laps later, this time tangling with Tim Slade as the CoolDrive Mustang filed out of the pits and into the Turn 1-2 complex.

Wheel interlocking fired both towards the fence, Courtney sustaining front and rear scarring plus a broken steering arm.

“He had just come out and was on cold tyres,” he recalled.

“I was on the outside around [Turn] 1 and as he went into [Turn] 2, I think he’s had a bit of a slide and we banged and hit wheel-to-wheel and it broke a steering arm in my thing, so we went straight ahead.

“Disappointing way to end the day with Car #5, we were pretty speedy in the first one [finishing eighth in Race 14].

“The pit stop didn’t go to plan, we got dropped without the wheel on as well so then we had to jack it up.

“It was a bit of a cluster this afternoon, but on the other side of the garage I’m super stoked for Cam, he’s been driving flawlessly all year and was really quick today so hats off to those guys.”

A podium finisher three weeks ago in Perth, Courtney holds 10th in the championship.