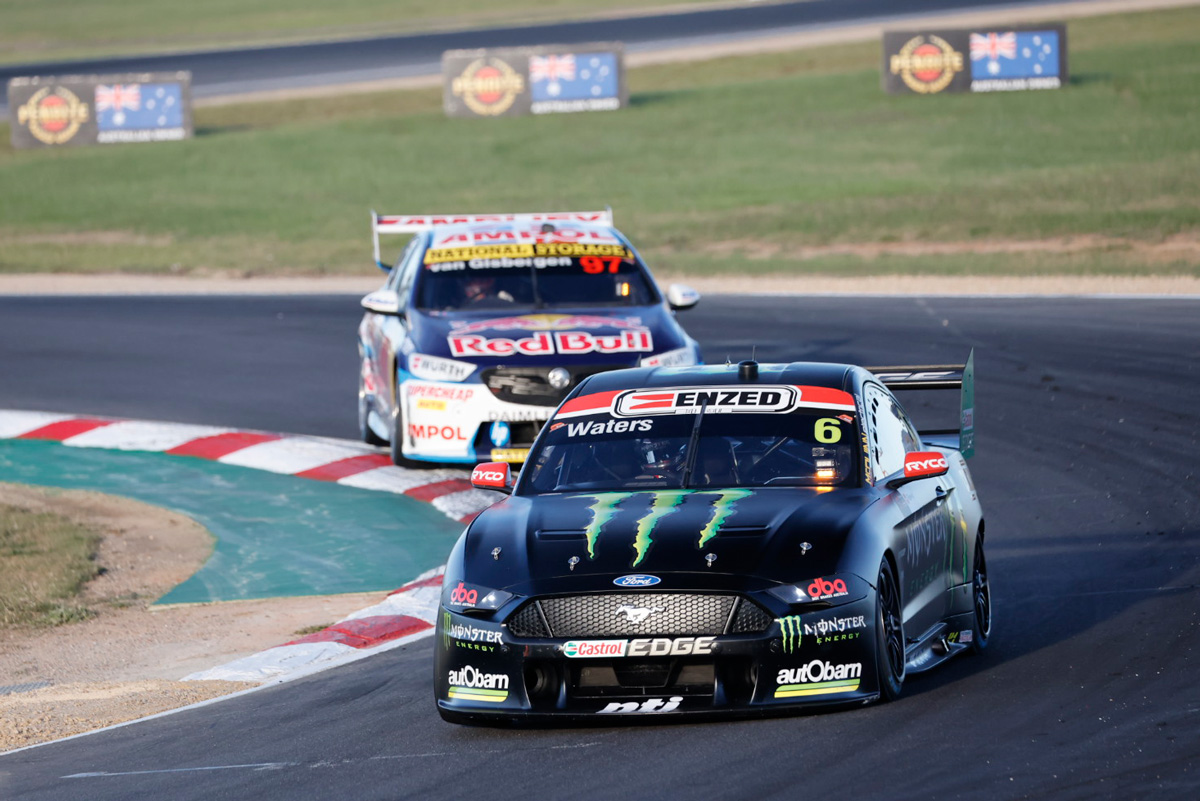 Shane van Gisbergen has spoken highly of Cameron Waters’ racecraft after the duo engaged in an intense battle for victory in Race 13 of the 2022 Repco Supercars Championship.

Waters got the jump on pole-sitter van Gisbergen off the start line at Winton Motor Raceway and did not cede the advantage from there, despite immense pressure from the two-time champion.

Contrary to the familiar script of van Gisbergen running down a Shell V-Power Racing Team driver in the back half of a race, the Kiwi was unable to find a way by Waters.

The scrap climaxed at the final corner when the #97 Red Bull Ampol Racing driver attempted a move, which Waters blocked, and contact was made.

The Tickford Racing star hung on to win while van Gisbergen crossed the line second despite damaging a steering arm.

That defence, plus Waters’ earlier ability to keep ‘SVG’ behind whilst under attack on his out lap, further enhanced his reputation for being able to successfully get his elbows out.

It follows Waters also coming out on top in a thrilling battle with van Gisbergen last year in Townsville.

“The battle with Cam was pretty awesome,” said van Gisbergen.

“He’s a really good racer and knows where to place the car, so I love that kind of stuff.”

Waters had looked to protect his tyre situation by giving van Gisbergen a taste of his own medicine, in deliberately putting his competitor in dirty air.

“I had track position… I had to kind of drive as slow as I could to make sure he was getting all of the hot air and burning his tyres up,” he said.

“Even at the end he had a bit more than me so I just had to hit my marks, don’t run wide, all those things.”

The result follows a near miss for Waters at the previous round in Perth, where he took the chequered flag first in Race 11 but was demoted to fourth by virtue of a time penalty.

“Awesome to come out on top, I’m just absolutely pumped. I’ve had an up-and-down start to the year, it’s just a massive relief,” the Mildura product added.

David Reynolds made it a Ford one-three.

Another two races are to come tomorrow at the Pizza Hut Winton SuperSprint.