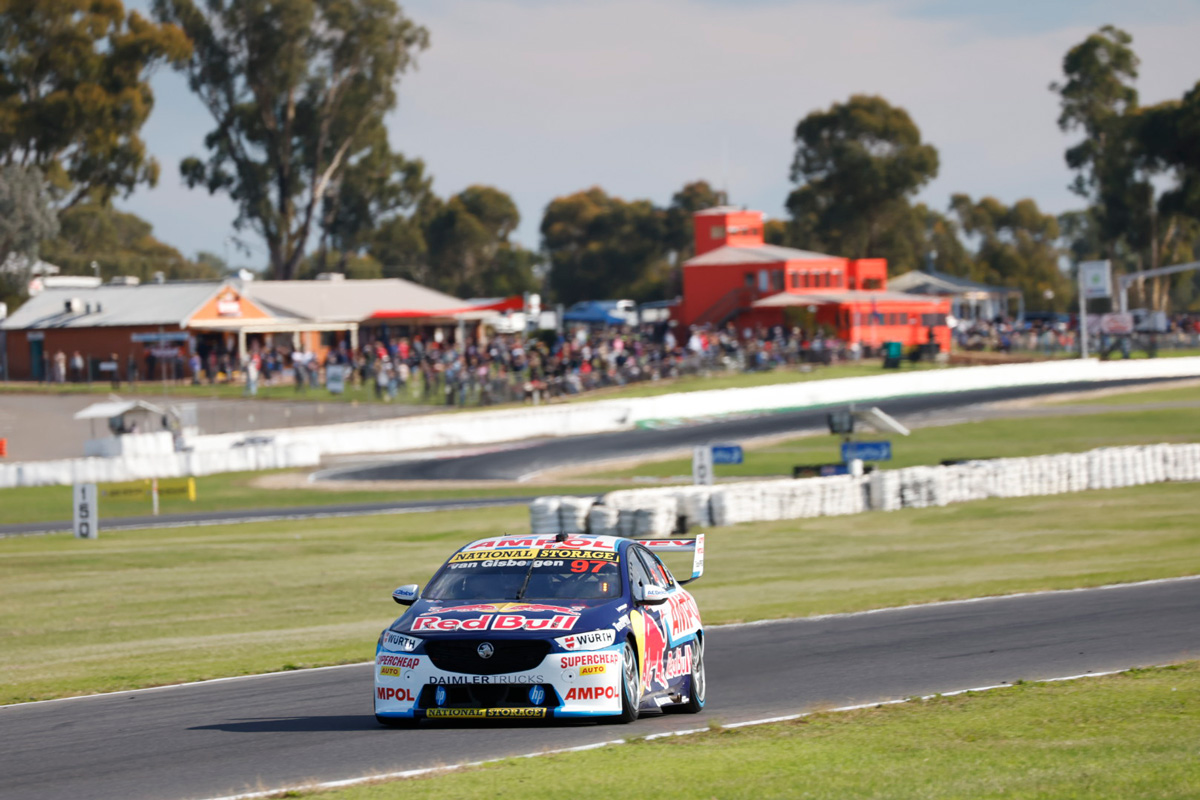 Both went under Scott McLaughlin’s three-year-old practice record at Winton, when Supercars last raced at the rural Victorian circuit and on a different tyre compound, with Chaz Mostert just outside that marker in a top three covered by less than a tenth of a second.

However, as drivers began to move onto new super soft tyres, Lee Holdsworth (#10 Mustang) clocked a 1:18.6526s and then Penrite Racing team-mate Reynolds reset the practice/qualifying lap record to a 1:18.4548s.

Mostert crept up with a 1:18.5324s on his final run, before the chequered flag came and van Gisbergen fired in the fastest Supercars lap ever at Winton.

There was an awkward moment at the start of the session when James Courtney (#5 Snowy River Caravans Mustang) attempted to pass both of the Dick Johnson Racing Mustangs on the out lap.

Onboard footage from Courtney’s car suggested contact with De Pasquale at the Sweeper (Turn 5), where he had to mount the inside kerb.

The 2010 champion ultimately set a 1:19.0378s which left him 11th on the timesheet at the end of the 30-minute hit-out, during which track temperature was up around 10 degrees Celsius on Practice 1.

Qualifying for Race 13 of the season, a three-part knockout session, starts at 13:05 local time/AEST.