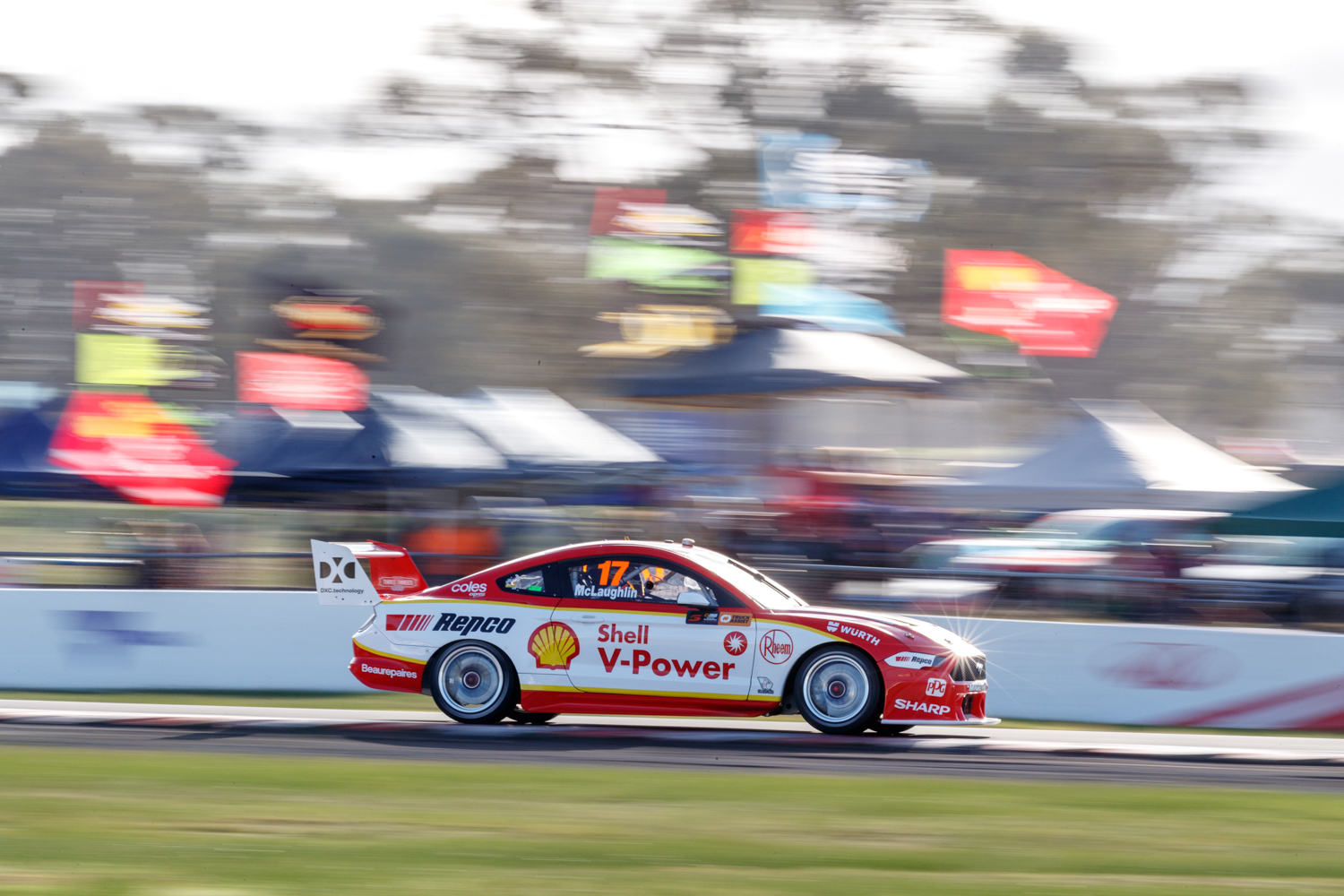 The Repco Supercars Championship has acted to stop a repeat of Scott McLaughlin’s controversial rejoin seen last time out at Winton Motor Raceway.

Yesterday, drivers were issued a note by Supercars which read, “For any car that runs off the circuit at T5, it is expected that you rejoin in the area of T6-7.

“If you rejoin in another area of the circuit (for example T8-9), a penalty may be applied.”

It comes three years on from the hotly debated scenes during Race 13 of the 2019 season.

In that instance, McLaughlin and then team-mate Fabian Coulthard made contact at Turn 5 on the opening lap.

McLaughlin was duly cast wide and onto the grass, the now IndyCar star opting to shortcut the circuit and return at Turn 8 rather than rejoin at Turn 6 or Turn 7 – as was technically allowed under the rules.

He would return to the circuit in third place, but was gifted second when David Reynolds and James Courtney collided, forcing the latter off the track.

For his role there, Reynolds was handed a five-second penalty, which he served during his pit stop, helping McLaughlin to regain the lead.

As for the Lap 1 incident, Coulthard copped a 15-second penalty while McLaughlin went unpenalised, having argued that attempts to rejoin at Turn 6 or Turn 7 would have resulted in him going the wrong way.

“I didn’t know if Fabian was a hundred percent there, I thought that was my corner, I felt like I was far enough in front.

“Went off the road and tried to get back and rejoin in the right position, but I was going to go the wrong way so I was damned if I did, damned if I didn’t.

“I pushed on and thankfully it was okay.”

The Repco Supercars Championship takes in three, 36-lap races at Winton Motor Raceway this weekend, the first of which starts at 15:35 local time/AEST today.