Fast Friday pace-setter Takuma Sato admits he is still in a “grey zone” as far as piecing together a full four-lap qualifying run at the Indianapolis 500 is concerned.

The Dale Coyne Racing driver set the quickest two laps on the last day of track activity before qualifying, which he converted into fifth position as far as four-lap averages are concerned.

Wind gusts of up to 60km/h had created a big challenge for drivers and Scott McLaughlin, by way of example, ended up 10th on four-lap averages even though the first lap of the run in question was only a 214.804mph (345.694km/h) which the Team Penske pilot was not banking on.

Sato was not counting his own as genuine, remarking about his confidence levels for opening qualifying, “It’s just I think building up but it’s not fully confident yet.

“Yes, we showed a big lap today, but I wasn’t able to complete laps three and four, so it still means it’s somewhat of a grey zone and I really need to figure out how we do it.

“That’s the overnight job and the engineers and the boys and us as drivers, we will have a debrief and then let’s figure it out.

“Once we complete it tomorrow, then on Sunday [Pole Day], we should be fully confident to do what we need to.”

The two-time Indy 500 winner is clearly bullish about at least making Top 12 Qualifying, and has good reason to be.

While also being fastest on the other two days of practice to date will not be so meaningful tomorrow, his team-mate David Malukas gave a good indication of how DCR might fare when the grid positions are decided.

The IndyCar rookie was one of the stars of Fast Friday, holding the two fastest four-lap runs before being usurped by 2013 Indy 500 victor Tony Kanaan (Chip Ganassi Racing) with around five minutes to go.

Given Sato and Malukas were somewhat divergent on set-ups, the latter getting more downforce, the Japanese driver thinks they can get a yield by combining what they learnt. 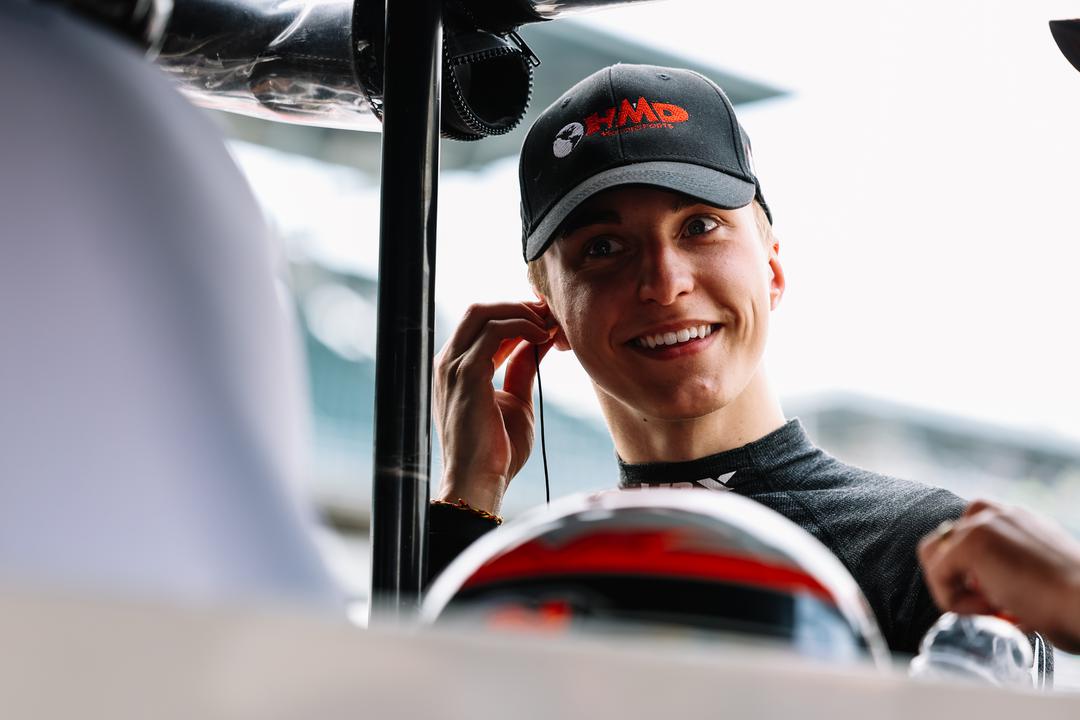 “As a good contrast, David did a fantastic average for four laps, and I think it’s the best group,” noted Sato.

“If we combine together, I think we can see the… not sacrifice speed, but we can maintain a good lap.”

Malukas added, “We started off the day very strong right off the bat and kind of needed to work with the car to make it last those four laps.

“At the end of those last two runs I did, the four-lap average was very good and the car felt very safe, I still had a lot of tools.

The 20-year-old American also paid tribute to his 45-year-old team-mate for his tuition.

“I don’t think I would be in the position I would be if I didn’t have Takuma; the tips he gave me, all the data…” said Malukas.

“I mean, he gave me so many tips going into qualifying today, which I experienced every single one as soon as I went out.

“If he didn’t give me those tips, I definitely would have been freaking out and probably would not have the confidence to push the car any more for the whole day.”

Sato drew 10th in the qualifying order and Malukas 14th.