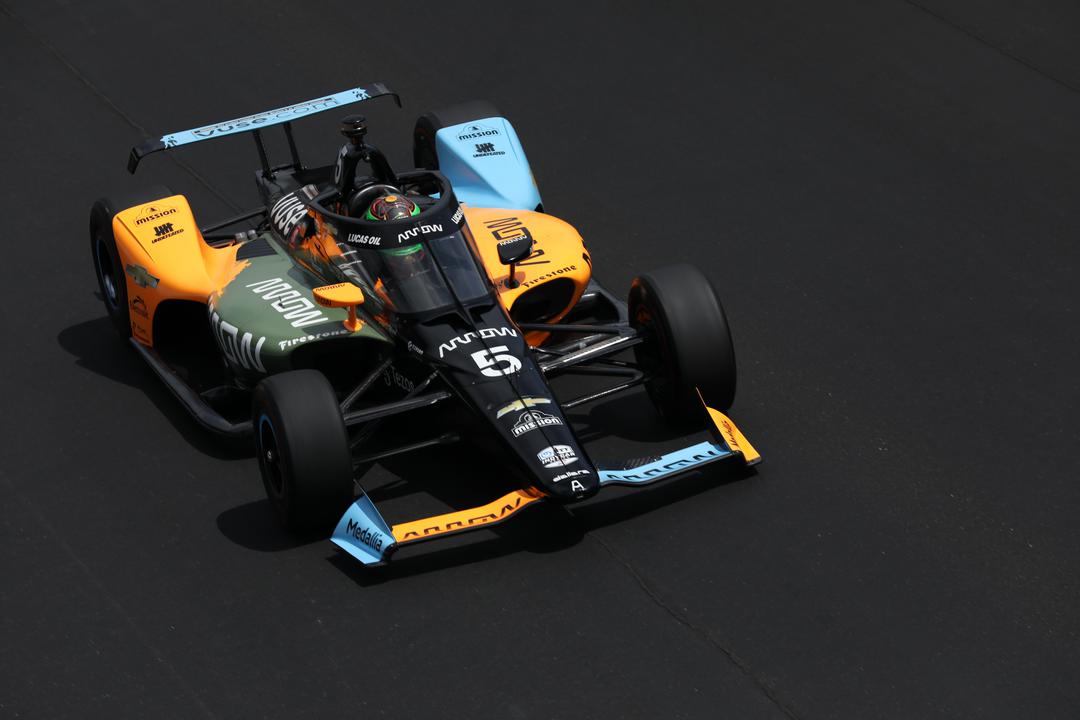 McLaren SP’s Pato O’Ward will be first out for Qualifying at the Indianapolis 500, following the Fast Friday draw.

O’Ward will be followed onto the race track by Ed Carpenter Racing’s Rinus VeeKay, Juncos Hollinger Racing’s Callum Ilott, and Felix Rosenqvist in the other full-time McLaren SP entry.

With those four being Chevrolet-powered cars, the first of the Hondas will be Andretti Autosport’s Romain Grosjean in fifth.

Takuma Sato, fastest on every day of practice so far, is set to go out 10th in his Dale Coyne Racing w/ RWR Honda, three cars ahead of the top driver on four-lap averages, Tony Kanaan (Chip Ganassi Racing Honda).

Scott McLaughlin and the #3 Chevrolet drew 22nd, before Team Penske team-mates Josef Newgarden in 28th and Will Power in 32nd.

The latter is ahead of only Dalton Kellett (AJ Foyt Chevrolet) in the 33-car field, although once everyone has had a first run, any driver may opt to go for multiple runs until time runs out.

However, Saturday’s (local time) running locks in only positions 13 onwards, with the rest to progress on Sunday to Top 12 Qualifying and then a Fast Six, in a break from tradition.