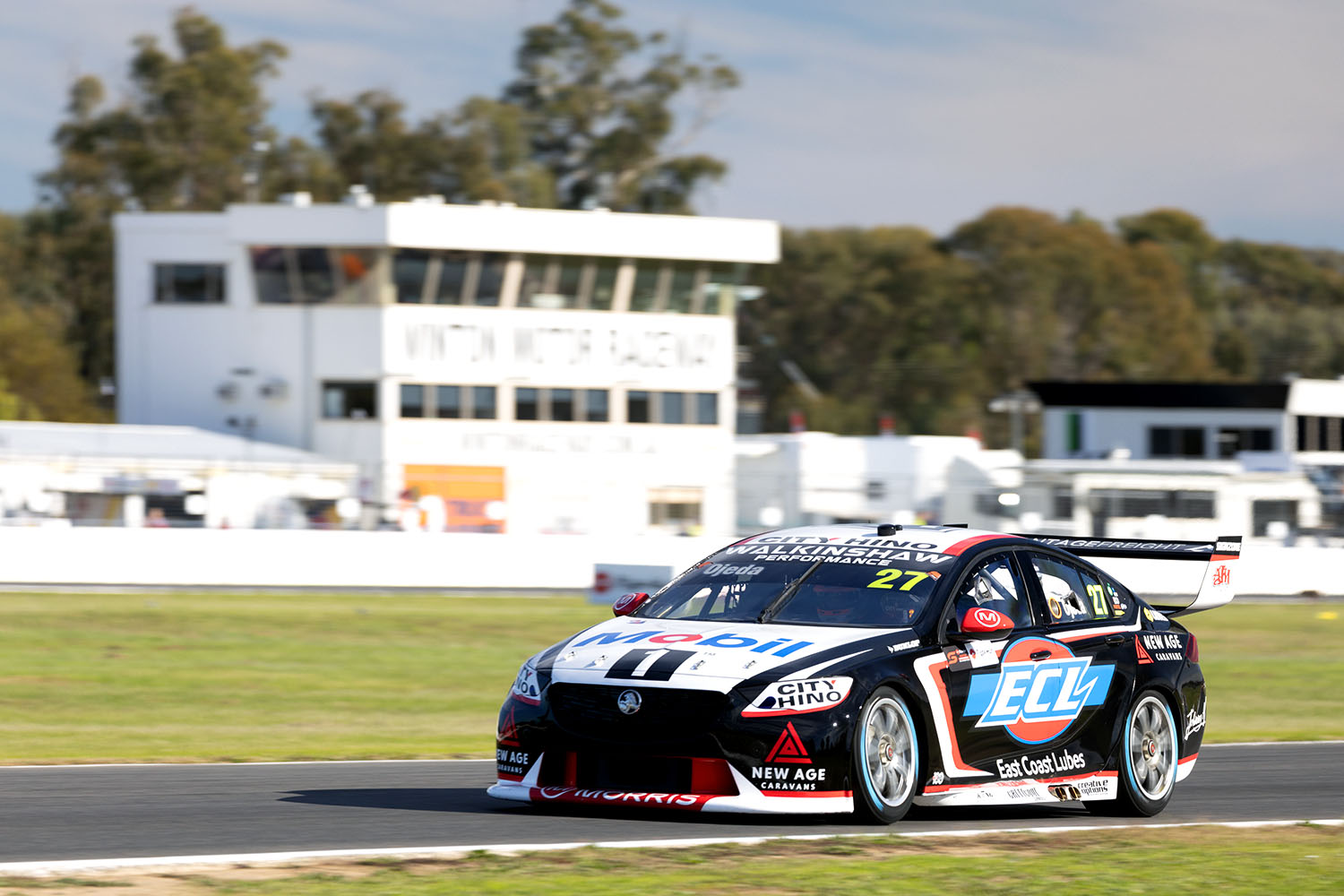 The #27 Holden ZB Commodore driver made a solid start to proceedings at the Pizza Hut Winton SuperSprint, making it through to the second phase of qualifying and ending up 19th – three spots ahead of team-mate Nick Percat.

Come Race 13, Ojeda kept his nose clean, and eventually finished two places up on where he started.

All told, the two-time Bathurst 1000 starter was happy with his first showing, which included a lengthy battle with Brad Jones Racing’s Bryce Fullwood.

“I was stoked,” Ojeda told Speedcafe.com.

“It was about making it through the first half a lap, because it’s pretty chaotic here.

“I got a clear path through Turn 3 where I think a few cars came together, just picked the line and went for it, luckily enough it was the right line to pick.

“I settled down into a bit of a groove and then we stopped quite early in comparison to a few others.

“I came out into a clean bit of track, did a couple of push laps, hung onto the tyres, because I knew it was probably going to get wild towards the end.

“I just tried to look after them and towards the end there I was battling with Bryce for the majority of the race.

“He had 12-lap fresher tyres and I only just got him on the pit exit when he was coming out. I thought he’d put on a fair bit of heat.

“Luckily enough, I hung in there and his tyres lost a bit of the peak. It was still a fair bit of sustained pressure, but nevertheless, a great result for the team and myself.

“I’m pretty stoked with that, a solid first day as my solo debut.”

Asked to rate his first day out of 10, the East Coast Lubes-backed driver gave himself a seven.

“I’m really happy with my performance,” he added.

“I’m not expecting to go out there and blitz the field or anything like that. I just wanted to put a nice, sound performance and weekend together and gather some nice results.”

“I managed to hang on in front of him [Percat] at the start there and I think they stopped a little bit earlier than us, so they got us with the undercut, but I saw he started coming back towards us at the end there,” said Ojeda.

“All in all, a really positive race for us.”

“It was a bit disappointing that we had a bit of a slow pit stop, you can’t give up much track position here and expect to get it back but I’m definitely happy with our pace and there were plenty of positives to take from the day.

“I felt pretty comfortable amongst the field and the competition was everything I thought it was going to be.

“I expected everyone to be elbows out, having a big dip and they definitely were. Getting to understand the tyre more today was important and I also hadn’t done a race start since the final race of Super2 [last year] so I felt a bit rusty in that first lap but I’ll do a better job of it tomorrow.

“Will [Brown] and Brodie [Kostecki] showed the car has really, really good pace in qualifying so I think if I can do a better job in qualifying tomorrow that will help set our day up. I don’t think a top 15 is out of reach this weekend and that’s what we’re going to try and do.”