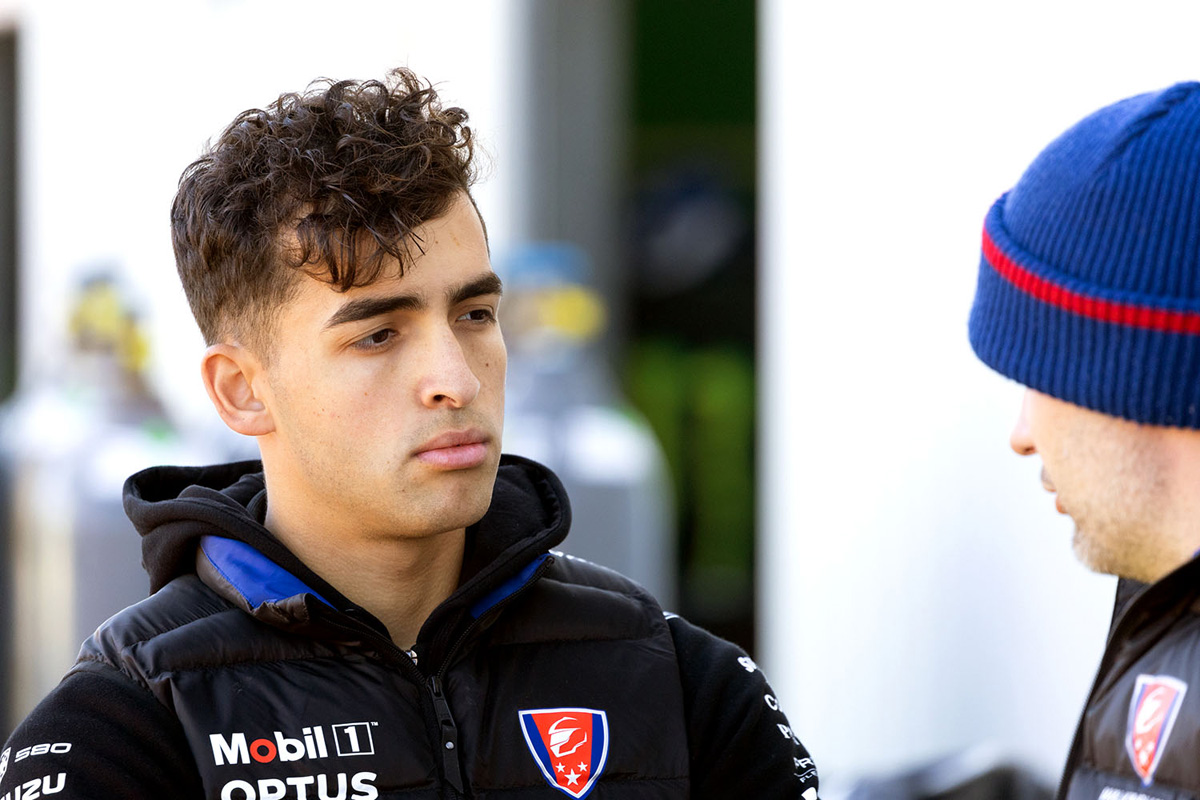 Jordan Boys and Jayden Ojeda have lapped up their first outing as Repco Supercars Championship wildcards at Winton Motor Raceway.

Boys and Ojeda wound up 17th and 18th respectively at the close of Practice 1, roughly eight tenths off the pace of session-topper Will Brown.

Speaking after his first hitout, Boys admitted there was still room for improvement after being baulked by Jake Kostecki, who skated off the road in the #56 Tradie Racing entry at Turn 1.

“I think we just timed it a little bit late, just to get the second lap in,” said Boys.

“The car feels really good. I didn’t do a very good job of the new tyre run, but the race run was really encouraging. I’m happy with it so far.

“At least we’ve got lots of driving today. Won’t be able to have to much time to be nervous in between. Stoked so far and really happy.”

Ojeda was similarly upbeat, clocking a time on used tyres that put him just four places behind team-mate Nick Percat in the #2 Mobil 1 NTI Racing entry.

“None of these boys mess around, everyone is straight into it, it’s definitely a little bit of a wake-up call,” said Ojeda.

“It was a good session, everything ran smoothly, the Walkinshaw Andretti United boys have done awesome preparing the car and getting us to this point.

“To come away P18 for the session is a good start for the weekend.”

Practice 2 at the Pizza Hut Winton SuperSprint kicks off at 10:45 local time/AEST.