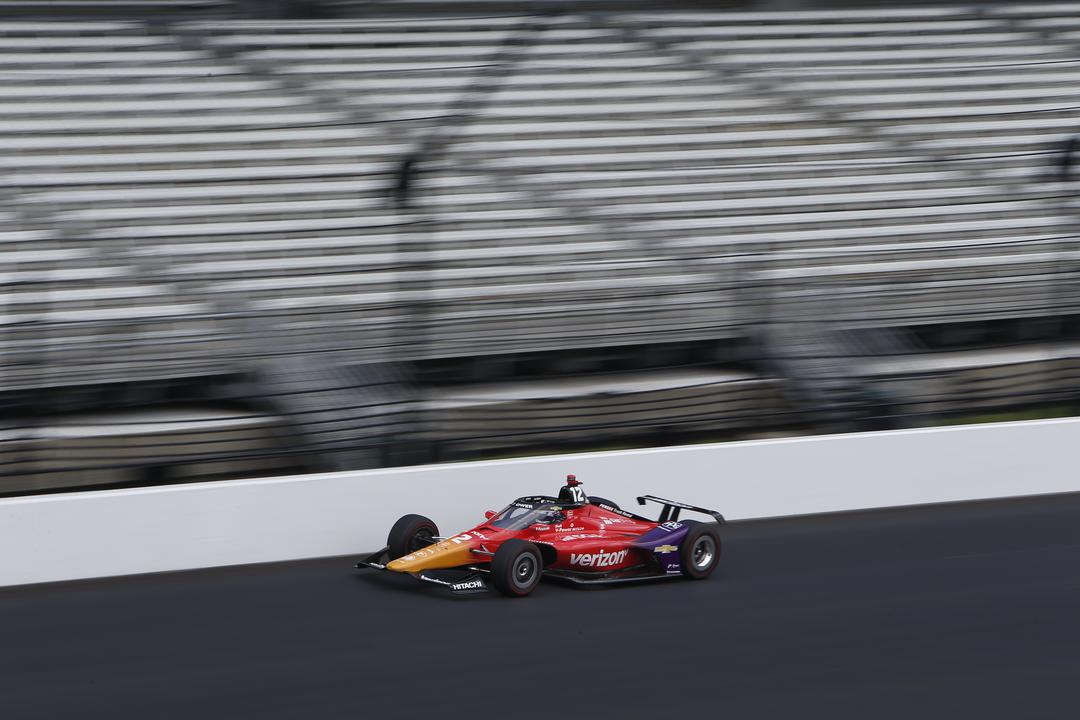 Instead of a Fast Nine, the 500 will use a road course/street-circuit style Top 12 and Fast Six system, meaning qualifying is now three parts in total.

However, drivers will still be sent one-at-a-time for their four-lap runs, raising concerns of a disparity among those in the Fast Six due to the timing of their runs and hence differing component temperatures, for example.

With that in mind, IndyCar has decided to send the top six for two laps behind the Pace car between this Sunday’s final two segments of qualifying.

“The break between Sunday’s Top 12 and Firestone Fast Six will include two laps behind the Corvette Z06 70th Anniversary Edition Pace Car,” the category has advised.

“Traveling at 100 mph [approximately 161km/h], the fan salute for the remaining six entries will also allow air to flow through the air ducts to help cool the engines before the dramatic qualifying laps for pole position.”

Given some crews would otherwise have more time than others to make changes before the Fast Six, prescribed work windows have also been implemented.

“Before and after the pace laps, two five-minute work windows will be allowed, where teams can add or remove side pod shutters, add fuel, adjust front and rear wings and change tyre air pressure,” explained IndyCar.

“Changing tyres after the Top 12 will only be allowed in the work window immediately prior to the Firestone Fast Six.”

Ed Carpenter, third-fastest on non-tow times after the Thursday of practice, said, “I think that’s going to work out pretty well.

“I simulated that today [Thursday local time/Friday morning AEST], too, just to kind of see what it was going to be like. Yeah, I think that’ll be a good procedure.”

Positions 13 to 33 on the grid will be set tomorrow (Saturday local time/Sunday morning AEST), while Fast Friday is currently in progress.