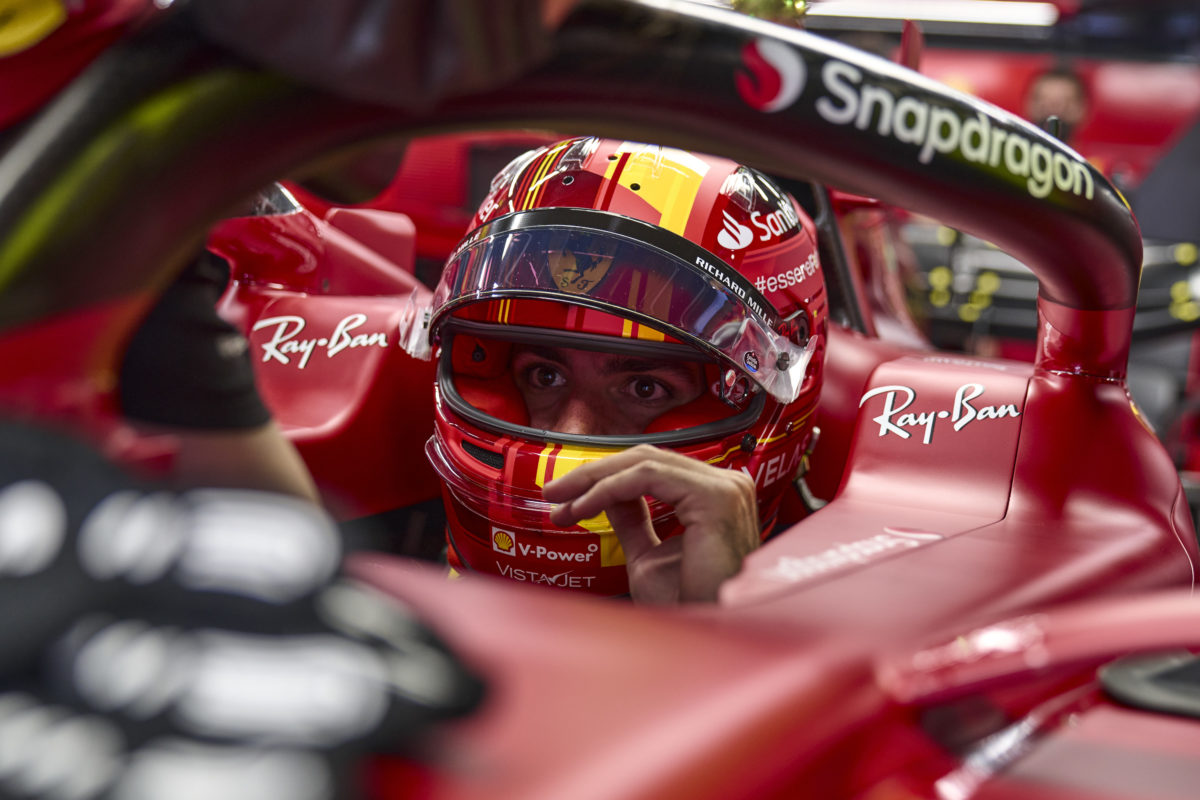 Carlos Sainz is set to head into Saturday with a new Ferrari chassis after the team discovered a problem on the F1-75 he was using overnight.

A brief note from the team announced a fuel system issue had been discovered on Sainz’s car following Free Practice 2.

As a precaution, the Scuderia swapped the Spaniard into a new chassis ahead of Saturday’s track running.

Teams carry spare chassis to events but, unlike in previous years, are not allowed to have a fully assembled spare car.

There are no penalties involved in making the switch, with key components such as power unit and gearbox bolting into the new tub.

Sainz has used two gearboxes up to this point in the season as allowed under the Restricted Number Components regulations for 2022.

Ferrari this weekend is debuting a new floor with updates around the diffuser, along with tweaks to the winglets on the rear corners of the car designed to work in conjunction with the revised floor.

It also has a circuit-specific rear wing with “more loaded top rear wing main and flap profiles” aimed at increasing the device’s efficiency around the Circuit de Barcelona-Catalunya.

Sainz ended Friday’s running with the fourth fastest time in Free Practice 2 with no obvious signs of issues, his 1:19.990s just over 0.3s off the pace of team-mate Charles Leclerc who topped the session.

Leclerc had also been fastest in Free Practice 1, shadowed by Sainz by just 0.079s in the opening 60-minute session.

Saturday’s action starts with a third and final hour of practice at 21:00 AEST before qualifying begins at midnight AEST.