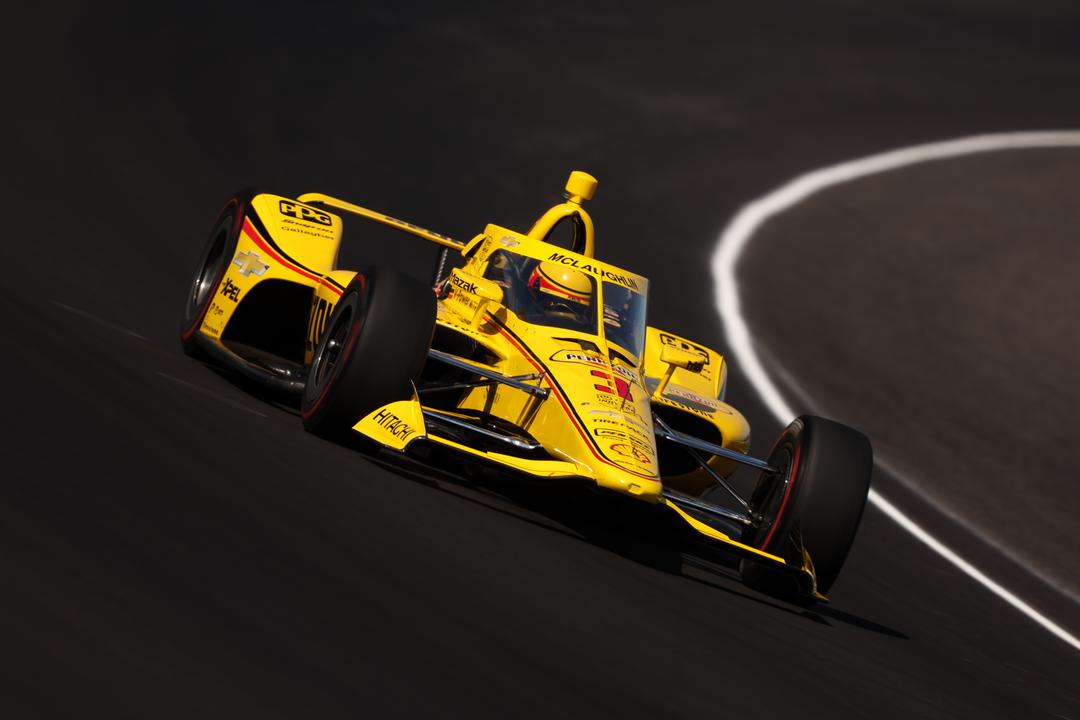 Scott McLaughlin says the wind gusts which the IndyCar field had to endure as they chased qualifying pace on Fast Friday at Indianapolis were “not a happy feeling”.

Not only was the wind up at the Brickyard, it was variable, blowing as hard as 60km/h at times.

McLaughlin ended the day ninth on single-lap times and 10th on four-lap averages, the metric by which qualifying for the Indianapolis 500 is decided, but admitted that getting blown around as he tipped into Turn 3 at more than 240mph (384km/h) was hardly reassuring.

“I qualified here last year and that was more sketchier today than at any time last year,” said the Team Penske driver during his second Indy 500 event as a driver.

“It was full-on and the car was doing different things in different parts of the track.

“But nothing prepares you for going into Turn 3 and copping a gust at 240mph. It’s not a happy feeling for anyone, especially if you have missed the apex a little bit.”

Mileage was relatively low due to the conditions, and McLaughlin notched up only 14 laps in total.

He attempted two, four-lap runs in relatively quick succession, either side of the two-hour mark, and could not string together four representative laps.

“[The first run was] Not well-executed from my point of view, so I needed to make sure I was on top of it for the second one,” admitted McLaughlin.

“I was thankful for having that second [run] and we probably would have finished the four laps if we didn’t have a little tow there to start the last lap.

“So, I’m feeling good, I think the team’s feeling a lot better than we did last year, but we’ll see here tomorrow.”

The ‘last year’ reference is an allusion to the fact that McLaughlin was Penske’s highest qualifier for last year’s Indianapolis 500, in only 17th position.

He will also be first out for qualifying among the Penske trio on Saturday (local time), having drawn 22nd in the order.