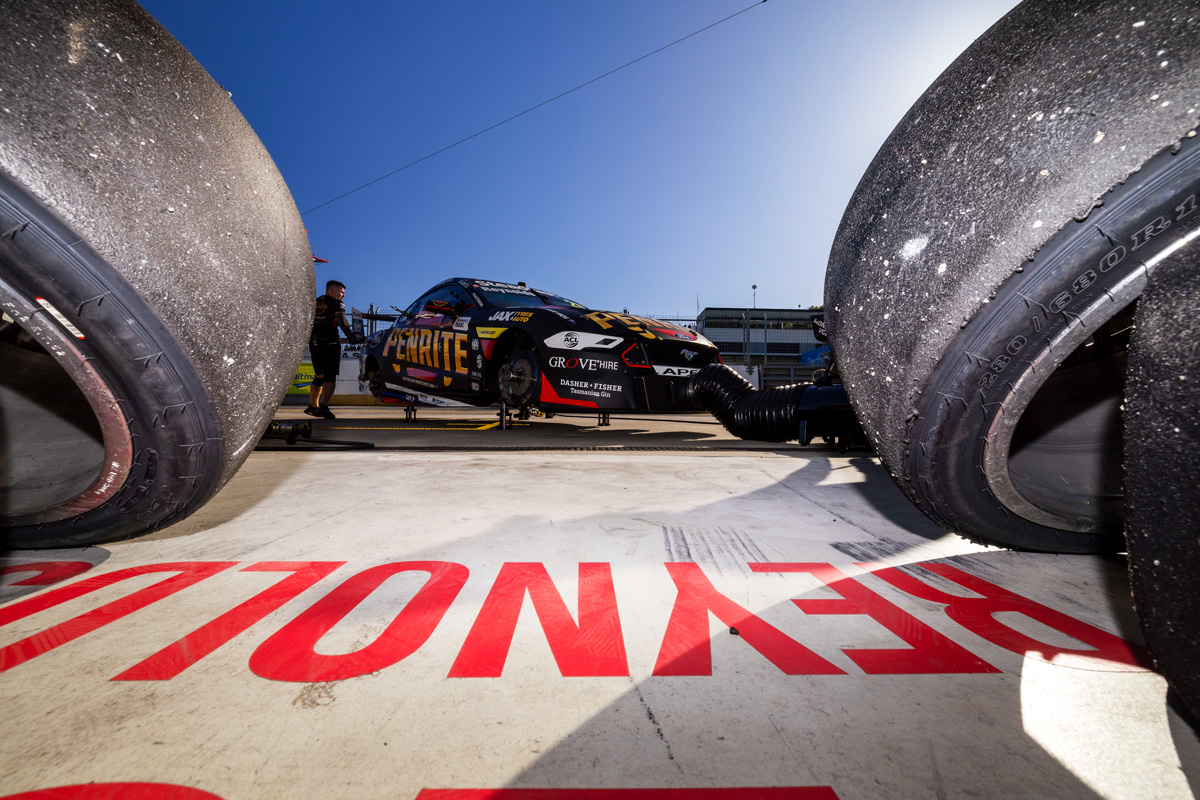 David Reynolds and Lee Holdsworth have credited a recent test day for a strong start to proceedings at the Pizza Hut Winton SuperSprint.

Reynolds was second fastest in both Practice 1 and Practice 2, behind Will Brown and Shane van Gisbergen in the respective sessions.

Holdsworth, meanwhile, was 10th and fourth across the two outings at Winton Motor Raceway on Saturday morning.

The Penrite Racing Ford Mustangs have been a revelation in 2022, the Grove Racing squad fifth in the teams’ championship and just two points adrift of Erebus Motorsport.

“It was unreal,” Reynolds said of practice.

“We had a really good test day about a week and a half ago.

“We rolled out really, really fast and every time we tried something we went slower, so we went back to how we rolled out at the test day and the car is an absolute jet.

“The boys put a lot of work in this year and it’s paying off.”

Asked what was making the difference, Reynolds replied, “We’ve changed a few parts on the car.

“Everyone is working together. It’s a cohesive environment. A bit of money has been spent. Motor racing, it’s easy, you just build a faster car than everyone.”

Holdsworth was happy too, hailing last week’s pre-event test for a step forward in his understanding of the package.

“We had a test day here last week, so our aim was just to unlock some tools,” said Holdsworth.

“I didn’t really understand the car before last week. I feel like I got a better read on it; what does what. I think we’ll put it into play this weekend.

“We’ve had a good race car, but just haven’t been starting up the front. Hopefully we start a little bit further up.”

Qualifying for Race 13 gets underway at 13:05 local time/AEST.