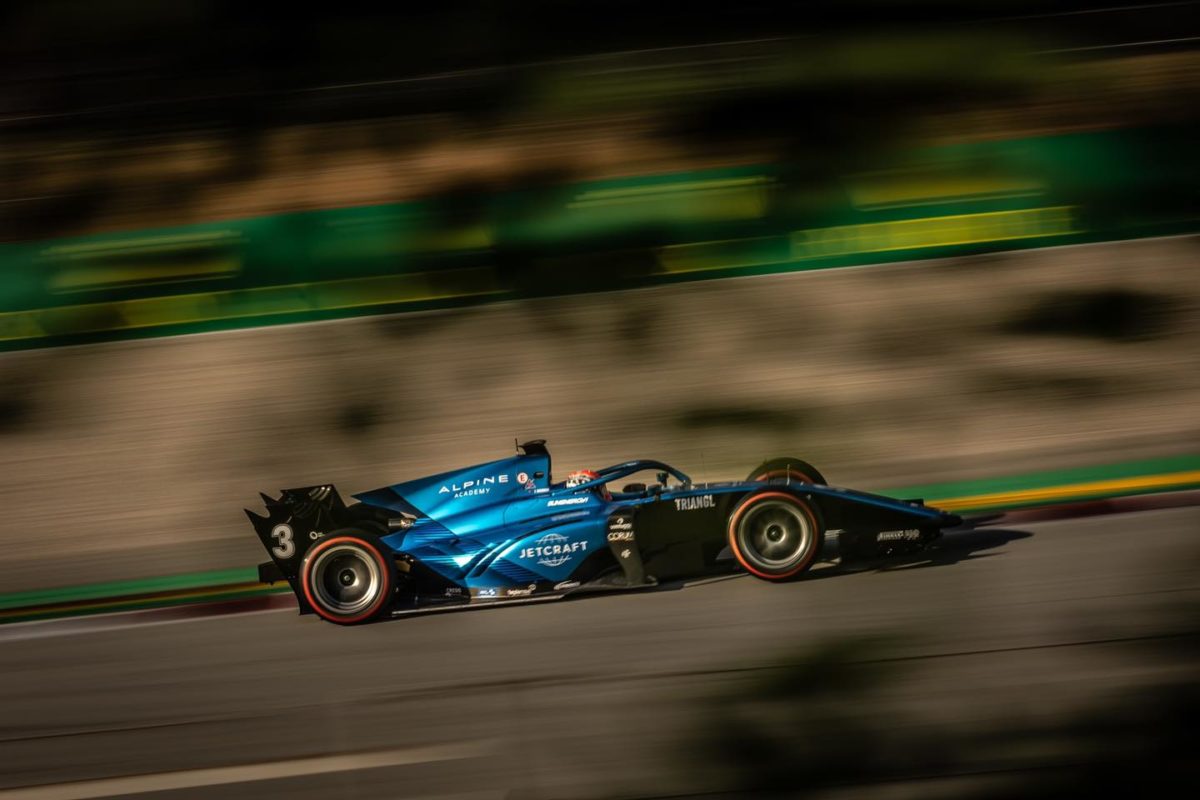 Jack Doohan hopes to kick his season into gear by converting pole position in the FIA Formula 2 Feature race in Spain into solid points.

Doohan recorded his second pole position of the season on Friday, continuing the strong single-lap pace he’s demonstrated throughout his tenure in the F1 feeder series.

However, his celebrations following qualifying were somewhat muted as he remains mindful of the need to deliver in both today’s Sprint race and, more importantly, Sunday’s Feature.

“For the past five races, I’ve qualified in the top three and really haven’t transferred into many points at all, so definitely trying to just stay mellow,” he said of his Friday performance.

“There’s a long weekend ahead and I need to finish the job.”

The first task will be surviving today’s Sprint race, which will see the young Australian start 10th, while using it to gain information for Sunday.

“Even though it will be at a different time of the day, it’ll be important to learn about the hard tyre,” Doohan said with a view to Sunday.

“If we can pick up a few points while doing so, that’d be amazing, but I just want to stay out of trouble, stay clean, and see what we can evolve for Sunday.”

Key to that will be managing tyre degradation, with air temperatures of around 30 degrees on both Friday and Saturday, with a near identical forecast for tomorrow.

“We had really good pace in the long runs when we were testing here, but I think it’s really finding something that works for me,” the 19-year-old said of his ability to manage the tyres over the course of a race.

“In Saudi we had really food performance on the hards and softs, so obviously getting DQ’d from quali made things a bit more difficult.

“Only finishing ninth on stats doesn’t look as good, but our pace was really strong.

“So I’m hoping that things [are] in a good window and when we do everything right, and things go our way, then a win would be great.

“But I want to get some points on the board because there’s no point doing something risky and then leaving again [with] zero points – I’ll be pissed.”