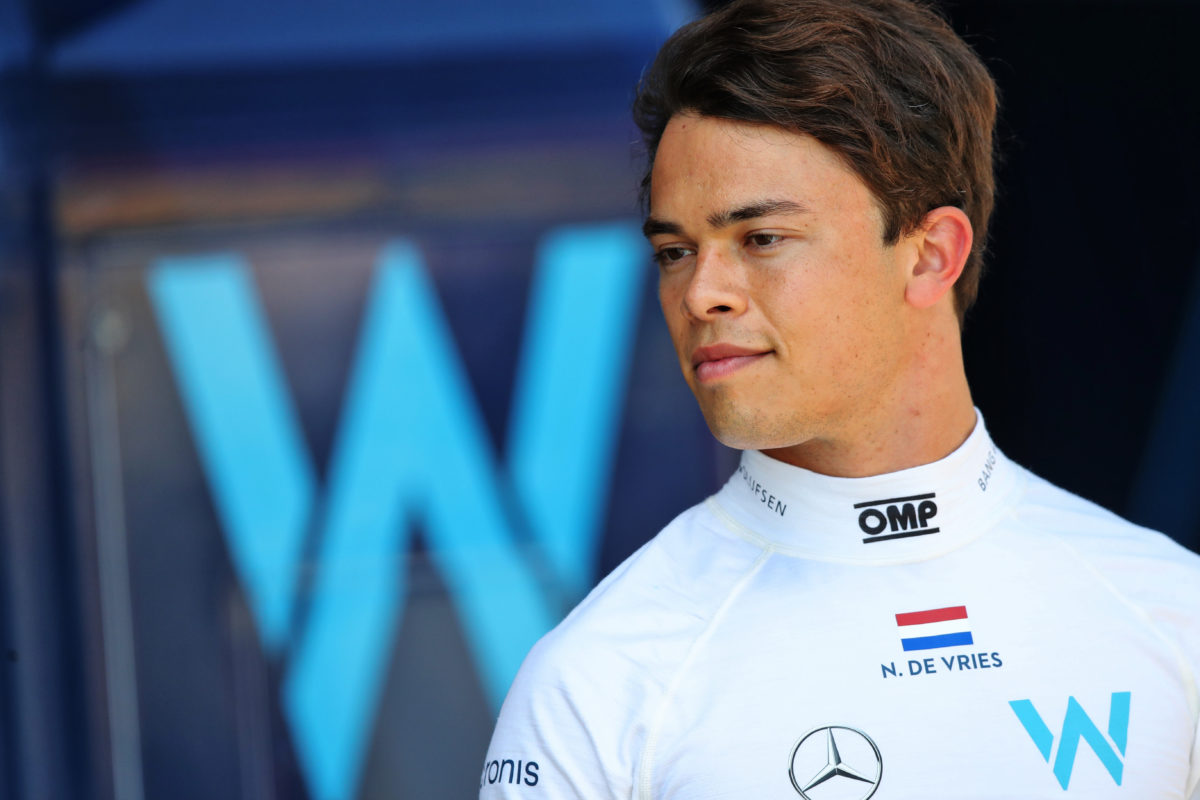 Formula E world champion Nyck de Vries is unsure when or even if he’ll make the switch to Formula 1 despite an outing with Williams during Free Practice 1 in Spain on Friday.

His 1:22.920s was 3.1s away from the outright time set by Charles Leclerc for Ferrari, though was just under a tenth clear of Williams’ regular driver Nicholas Latifi.

Heading into the weekend reports claimed the Canadian was at risk of losing his drive even before the end of the season, with de Vries his likely replacement.

“Recently, we’ve been very occupied with Formula E and getting ready for this opportunity,” de Vries said on Sky Sports when asked when he’ll join Williams.

“That was where all my through and focus was, hence why I was a little bit nervous.

“But let’s see what will happen in the future, I think time will tell.

“I would lie if I said that Formula 1 wasn’t my dream and goal,” he added.

“Formula 1 always remains the pinnacle of our sport, but at the same time I’m very happy with what I’m doing in Formula E in combination with WEC.

“For me, the most important is to do my job on track because, ultimately, that’s the only way to earn your opportunities.”

De Vries has completed countless hours of simulator work for Mercedes, and has tested for the squad at the end of 2020, but otherwise has next to no experience in an F1 car.

It made his performance in Free Practice 1, and the fact he was faster than Latifi, all the more impressive.

“We’re living in a competitive world and obviously, in our industry, we’re always compared to our first competitor, which is our team-mate because we [are] supposed to have equal equipment,” de Vries said.

“But despite that, I think there was still more to come from my side, and that’s what kind of leaves with me.”

For his part, Latifi is confident that he will remain with the team throughout the balance of the 2022 season, scoffing at claims to the contrary.

“I just kind of laughed a little bit because obviously it was not the case at all,” he said of media reports he was set to be ousted from the team.

“I’m still here. I mean, there’s always rumours circulating around, that’s the nature of the sport.

“It was definitely a bit surprised to see it from, let’s say, a well-known reporter without any real foundation behind it.”

Latifi has struggled in coming to grips with the 2022 Williams, a point he has openly acknowledged.

He is one of three drivers to have raced this season yet to score a points, a club to Mick Schumacher and Nico Hulkenberg are also members.

“I feel Miami there was some good steps made and I, to be honest, I’m hoping at this track [Circuit de Barcelona-Catalunya] there will be some bigger steps,” Latifi said.

“Like I’ve been saying, when you don’t have that feeling that you’re clicking with the car like you want, it’s maybe not as easy to build that on street tracks.

“So, I’m hoping this weekend will be another good step in that direction.”

Latifi ended Friday with the 19th fastest time in Free Practice 2, his 1:23.197s some 0.8s down on Albon and ahead only of Lando Norris who completed just six laps in the session.

Practice in Spain continued with Free Practice 3 at 21:00 AEST tonight.