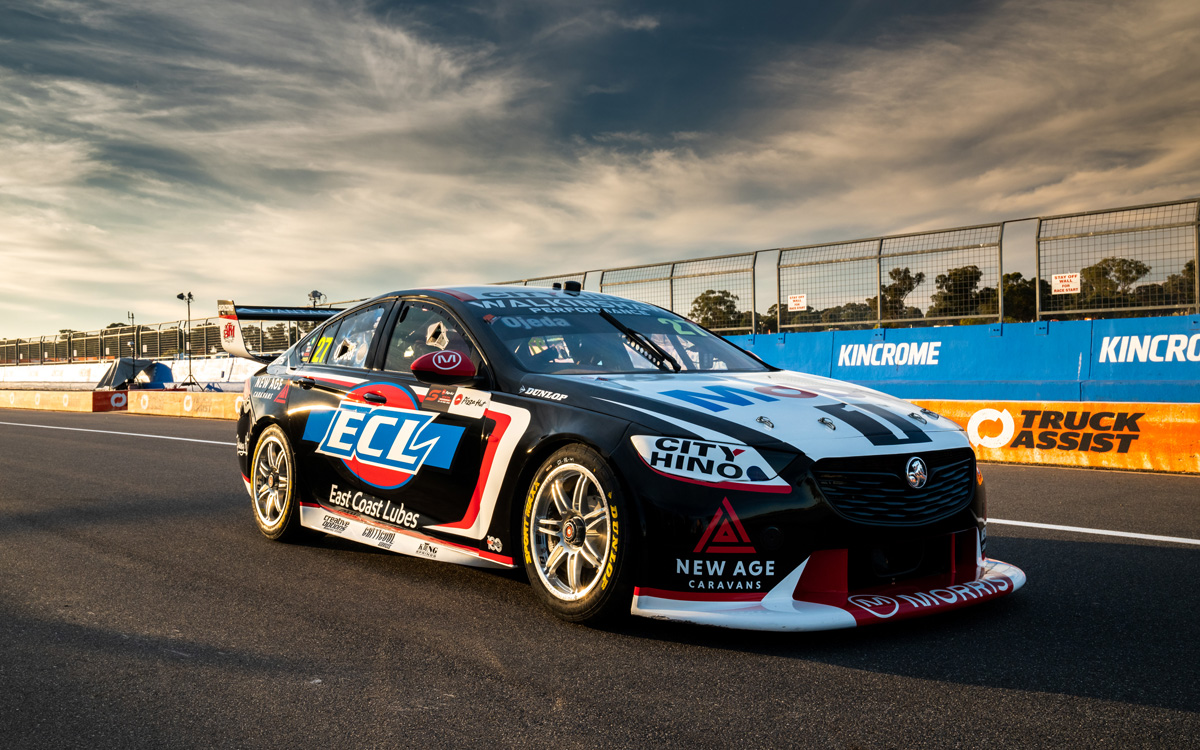 The Sydneysider will sport backing from East Coast Lubes and Mobil 1 at the forthcoming Pizza Hut Winton SuperSprint and next month’s Merlin Darwin Triple Crown.

Ojeda’s livery design reflects the sister entries of Chaz Mostert and Nick Percat in the #25 and #2 respectively.

“The car looks so awesome, thank you so much first of all to ECL and Mobil 1 for their support, all the WAU partners that have welcomed me, but also to all the partners that have backed me and got me to this point, I wouldn’t be here without them,” said Ojeda.

“It’s really cool to see it in the flesh, I just can’t wait to get on track now and get stuck into the weekend.” Walkinshaw Andretti United team principal Bruce Stewart added, “It’s fantastic to have one of our long-term supporters and loyal Mobil 1 distributors, East Coast Lubes supporting our team further, so a huge thank you to Terry and his entire team, as well as Mobil 1.

“A thank you as well to our Walkinshaw Andretti United Partners, such as Morris who continue to invest in junior talent and community, as well as UMS, and of course Jayden’s loyal supporters who have made this possible.

“The really cool thing about this car is how it looks at home with Chaz and Nick’s car, which shows that we are truly a three-car team this weekend. We can’t wait to see Jayden on track tomorrow, it’s going to be exciting for all involved.”

The 22-year-old will take to Winton Motor Raceway for Practice 1 on Saturday morning at 08:50 local time/AEST.