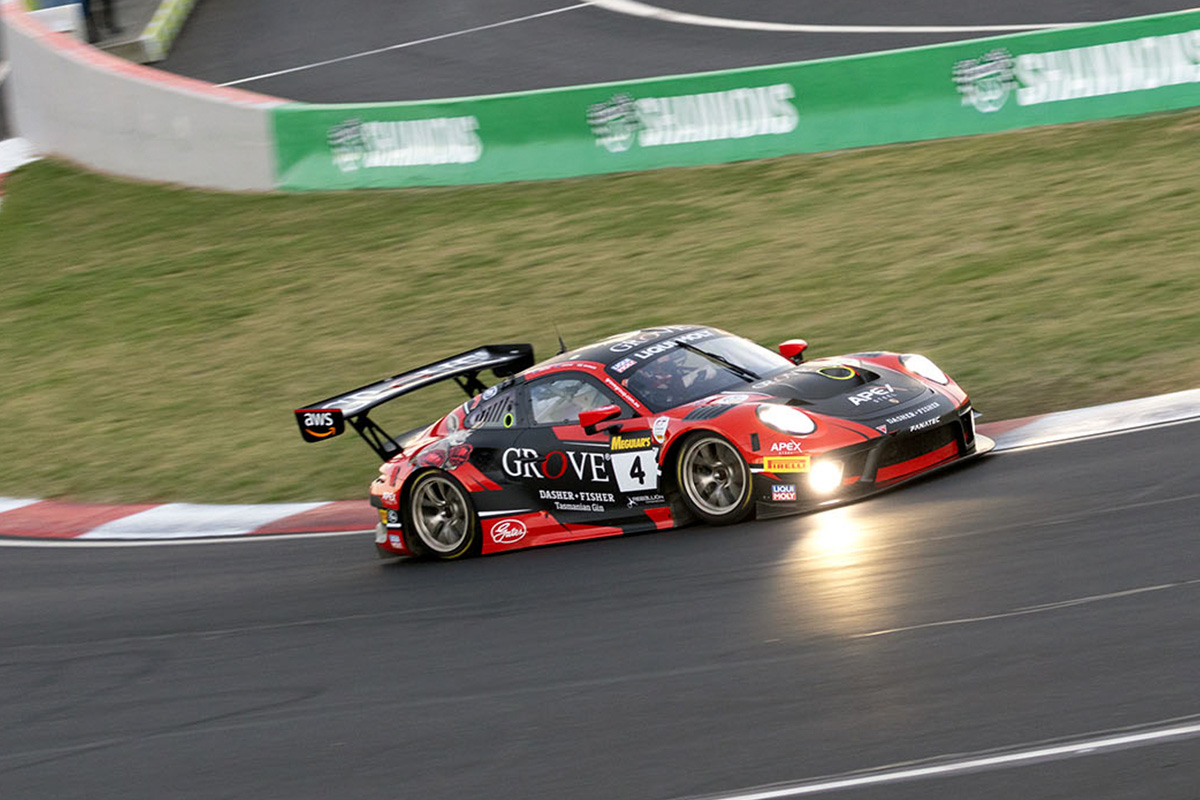 Grove Racing will send its Porsche 911 GT3 R to Europe to fly the Australian flag in the famed 24 Hours of Spa later this year.

The Melbourne-based squad crashed out of last weekend’s Liqui Moly Bathurst 12 Hour, however, that will not impact its GT programme overseas.

Speedcafe.com understands despite the heavy hit at the top of the Mountain on Sunday for owner and driver Stephen Grove there is no chassis damage at all.

Plans to air-freight the car to Earl Bamber Motorsport’s base in Europe next week are full steam ahead, with EBM running the entry at Spa, also part of the Intercontinental GT Challenge.

Stephen and Brenton Grove will pair up as they did at Mount Panorama, with the father and son duo joined by Matthew Payne and EBM regular Adrian D’Silva.

“That’s the best GT race in the world in my view so it’s something we’ve got to do,” Stephen told Speedcafe.com.

While the 24 Hours of Spa itself takes place from July 28-31, the same weekend as Supercars at The Bend, there is a two-day official test from June 21-22.

Upon arrival at EBM, the car’s engine and gearbox will be sent back to Porsche in Germany for a scheduled rebuild.

It’s understood Porsche will loan the team a spare motor and gearbox for the test before the freshly rebuilt components will be put back in the car for the race itself. 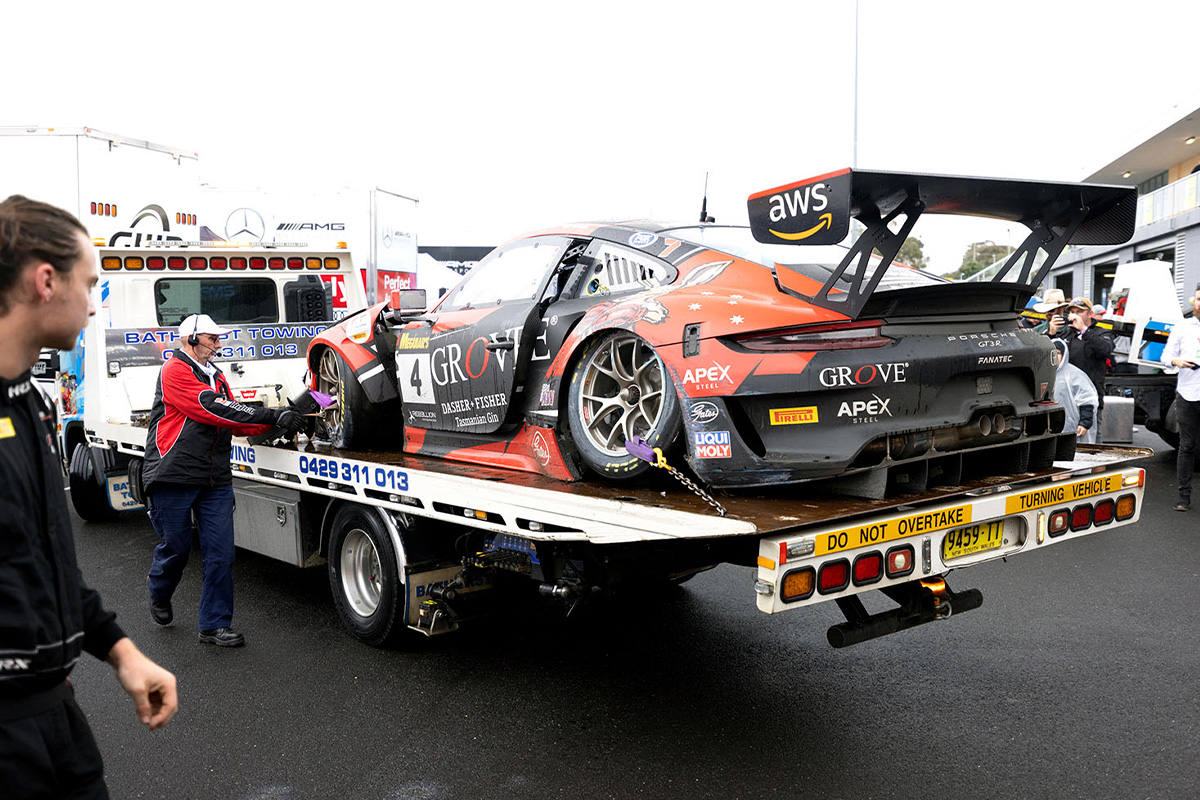 No chassis damage was sustained in the Bathurst 12 Hour crash. Picture: Ross Gibb

“The car leaves next Wednesday I think, gets air-freighted over to Belgium,” added Grove.

“We’ve got a two-day test we need to fly to which is straight after Darwin.

“I think we fly out of Darwin and do a two-day test and then come back and then go do the event [24 Hours of Spa] which is the same weekend as The Bend.

“Then it will stay in Germany and there’s a race potentially at Paul Ricard in October that we might do. So we’re just putting that together.”

The race in October being alluded to is the FIA Motorsport Games where Stephen and Brenton are expected to again compete in the GT component, having scored bronze medals for Australia in 2019.

Grove Racing has been a regular in Fanatec GT World Challenge Australia Powered by AWS since they took ownership of their GT3 R, however, commitments overseas look set to change that.

When asked if they will compete in any more GTWC Australia rounds this year, Grove replied “no”.

The Spa programme will also see Stephen and Brenton absent from The Bend Motorsport Park round with their Supercars operation.

Given the recent employment of team principal David Cauchi, Grove is confident everything will run smoothly while he is away for one round.

“I’d love to go to all the rounds and races but there’s a management structure there which I don’t really have a lot of involvement on race weekends,” he said.

“They do all that; it’s not great to miss it but there’s a real opportunity [at Spa].”