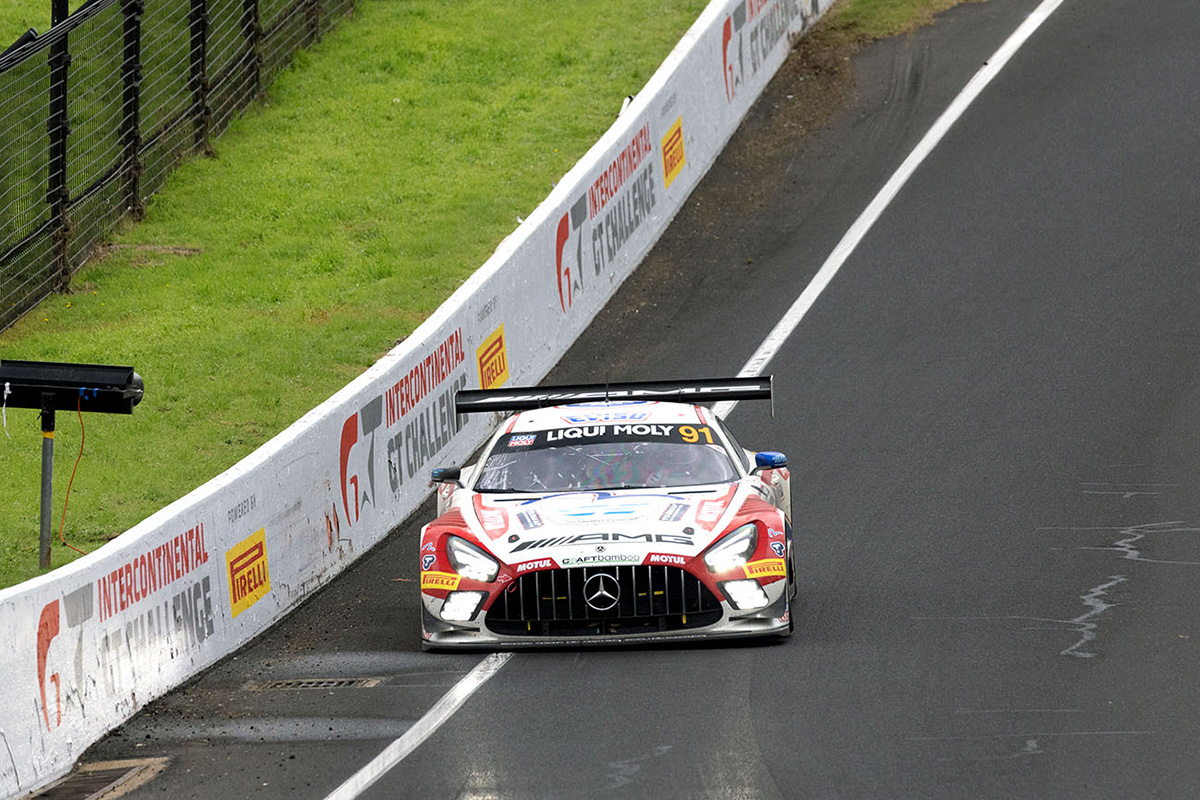 SRO Motorsports Group boss Stephane Ratel is eager to open up a dialogue and continue working with the new Supercars management team on the Bathurst 12 Hour.

Supercar Events became the promoter of the race in August of 2015 after taking over from Yeehah Events, and were quick to engage with the Stephane Ratel Organisation (SRO).

The 2016 edition of the GT enduro was at that time the inaugural round of the newly formed globe-trotting Intercontinental GT Challenge managed by SRO.

While the event is on the IGTC calendar, it’s part-owned by Bathurst Regional Council and Supercars, with nearly all of the latter’s staff working on the race as far as event management, technical, commercial, and broadcast are concerned.

Since SRO and Supercars’ involvement, the 12 Hour has risen in popularity among the international and Australian racing world, but felt the effects of the pandemic with two years off, before returning last weekend.

Founder and CEO of the SRO Motorsports Group, Ratel, credited Supercars in their efforts to make this year’s Bathurst 12 Hour happen, which he believed salvaged the event’s momentum.

It came in the midst of a shake-up within Supercars, which fell under new ownership in late 2021 having been purchased by RACE (Racing Australia Consolidated Enterprises Ltd).

The Australian Racing Group (ARG) was one of the three buyers within the RACE consortium and is also involved in GT World Challenge Australia, another arm of SRO.

Ratel said there is a lot of ‘common interest’ between SRO and the new Supercars ownership group which makes the relationship a good fit.

“I haven’t really spoken to the [new Supercars] owners themselves,” he told Speedcafe.com.

“One of them is a partner in ARG but the good thing is for what we’re concerned, we are in partnership with ARG.

“And since ARG is now closer than it was with Supercars I think it’s a good fit and we can work on that.

“The evolution, despite the change of management and the change of people that we’re dealing with, the relationship has remained excellent.

“And we have every reason to believe it will continue. Because, you know, the Bathurst 12 Hour makes sense in an international championship.

“For this international championship [IGTC], it makes a lot of sense to have Bathurst 12 Hour as part of it.

Ratel underlined the intent to keep the promotional arrangement between SRO and Supercars as is.

“Of course,” Ratel commented when asked if Supercars will continue as the promoter.

“We are very happy, I mean, Supercars it’s a very professional organisation.

“It’s the biggest championship in Australia and the level of everything; organisation, TV production is top-notch, and we have a very good relationship.

“Even if people have changed we’ve always spoken, we’ve been in relation since we started the agreement between SRO and the Bathurst 12 Hour.

“I think it’s the fourth set of people we’re talking to; people change, but the relationship remains excellent.

“So we’re really pleased with the relationship. And this is not just to sound good or sound politically correct. It really is the reality, we really get along well.”