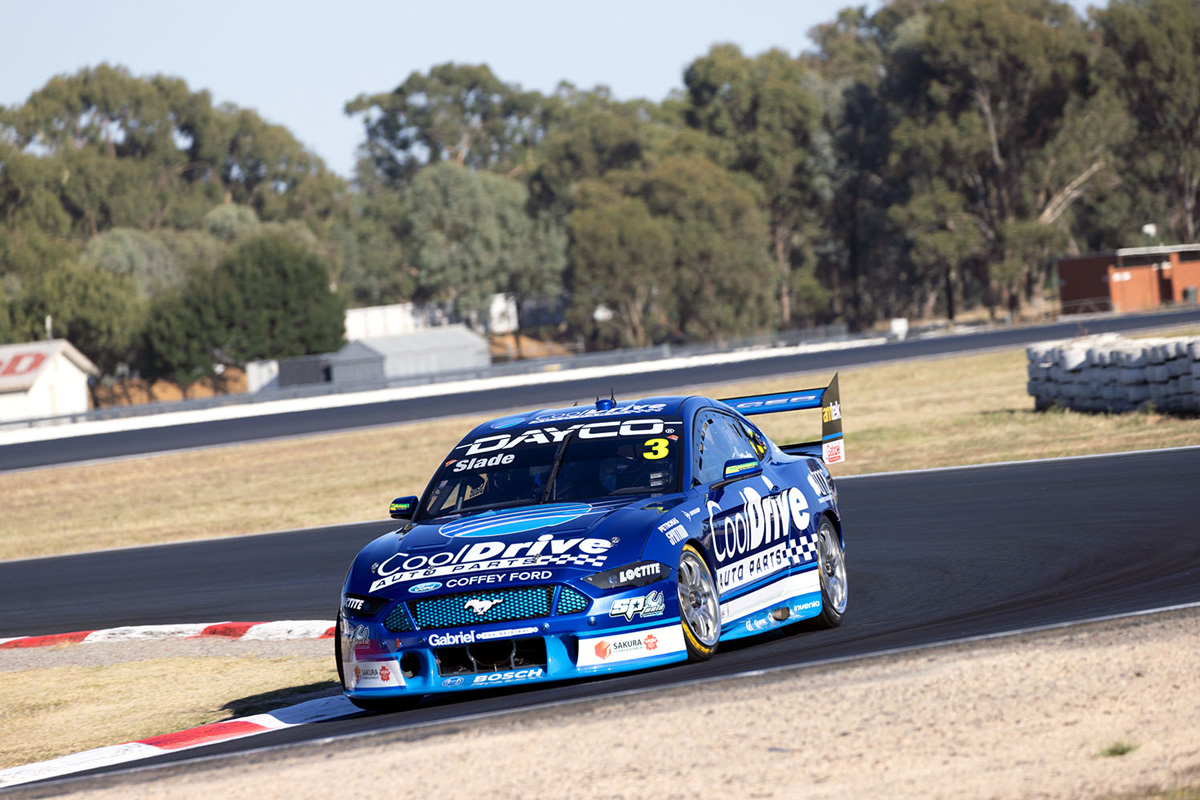 The 36-year-old debuted back in 2009 for Paul Morris Motorsport, before having a breakout year in 2012.

That season, he finished fifth in the championship for Stone Brothers Racing, claimed three podiums, and earned his first pole position.

From there, the next big break came with Brad Jones Racing in 2016, when he picked up the only two race wins of his career to date at Winton Motor Raceway, where the Supercars circus heads this weekend.

Having aligned with the Blanchard Racing Team last year, Slade is now looking to progress the single-car outfit onto the podium.

“I feel as though I’m driving the best I ever have,” Slade said.

“I look back at 2012 and think, ‘how did I get the results then?’, with the amount of experience I had then, versus now.

“I love the situation that I’m in now with the team and there’s just no negatives anywhere in there for me. I love it being a little team, we have some really good people and I know that everything’s done the best it possibly can be.

“There’s just a few little growing pains within the small, new, little team, and that’s to be expected and I feel we get on top of those things as quickly as we can.”

Slade has said the biggest part of their growing pains has come in the pit stops.

“That progress doesn’t happen overnight, you’re up against teams that have been training together with the same crew for years,” he said.

“I’m loving my racing more than ever.

Slade and his team have welcomed the growing pains, and learned from them, particularly the way they moved on from his huge crash at last year’s Mount Panorama season-opener.

He described the team’s 2022 campaign so far as a mixed bag, with good qualifying at Sydney Motorsport Park, but pit stop dramas in both races hindering results.

Slade feels the similarities between the 2012 to 2013 Car of the Future change, and the transition to Gen3 happening next year, but feels there will be more workload as the different generation cars feel so different from each other compared to a decade ago.

“There’s a bit more of an unknown, because the Gen3 car feels so different to the Car of the Future, whereas before to me it felt like pretty much the same car,” said the man who holds ninth in the drivers’ standings.

“Being a single-car team in a way is a bit of an advantage, because we can concentrate on the one car being absolutely right.

“We have some really good, smart people with the team and hopefully it provides us with the opportunity to exploit that and hit the ground running. It should be really interesting for the category.”

Slade is back in action tomorrow, with opening Supercars practice at Winton starting 08:50 AEST/local time.