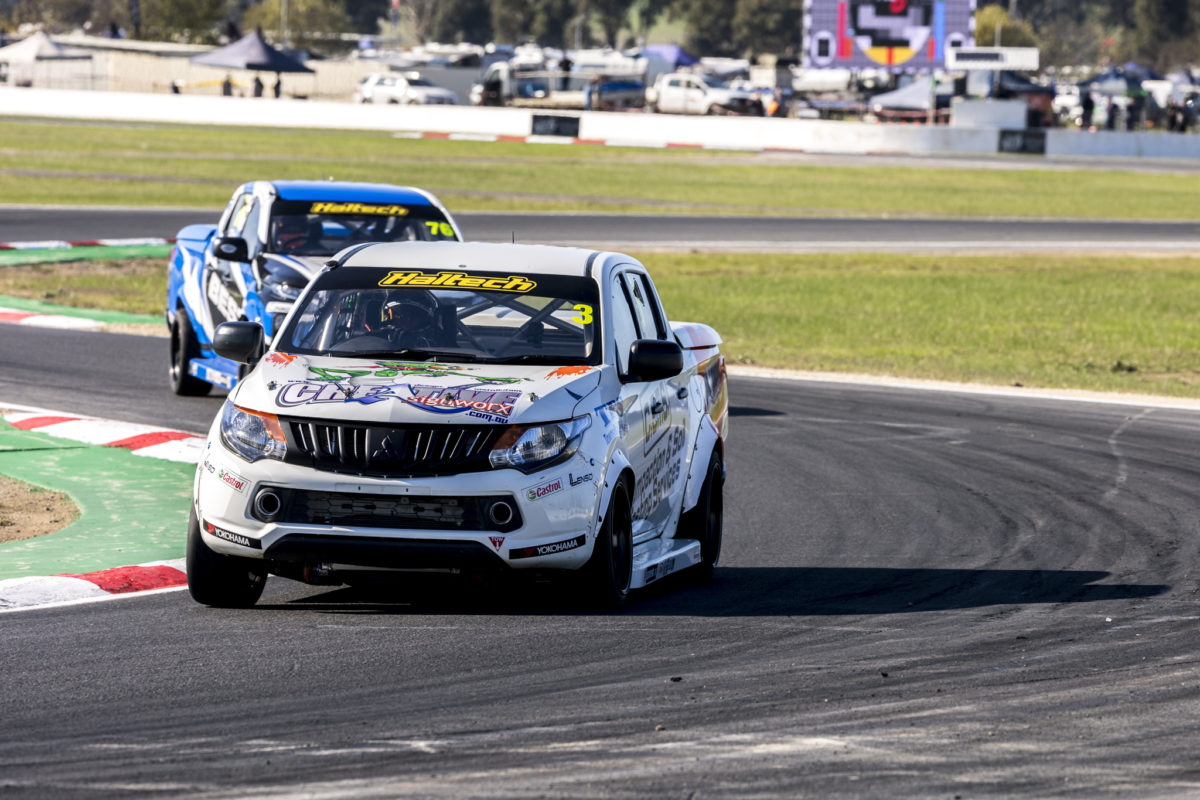 David Sieders has qualified on pole position for Round 3 of the Haltech V8 SuperUtes Series at Winton by a hefty margin.

The 2016 V8 Utes series winner laid down a 1:34.0562s on his first flying lap before spending several minutes in pit lane.

He ventured back onto the race track in the closing minutes of the quarter-hour session and while there was no improvement in the #3 Sieders Racing Team entry, it did not matter.

That was because series-leading team-mate Aaron Borg likewise could not extract any more time from his Holden Colorado, having already set a 1:34.7462s.

Despite being 0.6900s off the pace, Borg will share the front row with Sieders, while Craig Woods earned third on the grid with a 1:35.0638s in his Western Sydney Motorsport Toyota Hilux.

In the Australian Formula Ford Series, Tim Blanchard won Race 1 of Round 3 upon his return to the category with Sonic Motor Racing Services, ahead of CHE Racing’s James Pisczyk.

Race 1 of Round 5 of the Battery World Aussie Racing Cars Super Series was taken out by Joel Heinrich, by a narrow margin over Tom Hayman.

The V8 SuperUtes have their first two of four races at the Pizza Hut Winton SuperSprint tomorrow, from 08:15 and 12:25 local time/AEST.