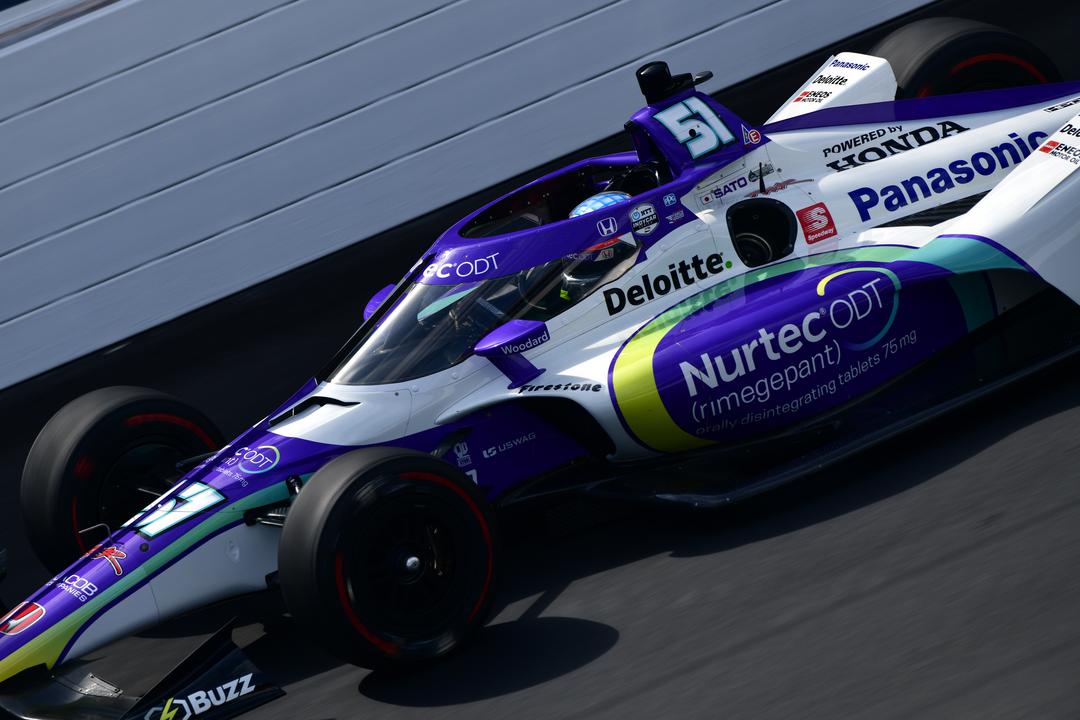 Takuma Sato continues to set the pace at the Indianapolis 500, while Will Power was fastest in non-tow terms as practice resumed.

While those two were speedy, Romain Grosjean got himself noticed for different reasons, with several scary moments before he finished the day with a straight #28 Andretti Autosport car.

Sato had been quickest on the opening day of the event with a high-228mph lap and maintains the ascendancy now that the IndyCar field has notched up another six hours of practice, after rain saw proceedings washed out on Wednesday (local time).

Furthermore, IndyCar rookie David Malukas continued to impress in the other DCR car, that being the #18 which is co-entered with HMD Motorsports, by putting himself third on the timesheet on a 226.869mph (365.110km/h).

However, Power was quickest in an all-Chevrolet top three as far as non-tow laps were concerned, a positive sign for the weekend’s (local time) qualifying sessions.

Second was Rinus VeeKay, again, with his team-mate/boss Carpenter third on the non-tow rankings, ahead of Andretti Autosport’s Alexander Rossi in a Honda-powered car.

Rossi’s team-mate Grosjean was only 23rd, and 31st without a tow, but it was not for lack of trying if a number of near-misses with the wall are anything to go by.

The competition heats up now with ‘Fast Friday’, when the boost levels will be turned up as drivers go for genuine qualifying simulations, from tomorrow at 02:00 AEST.

Both days of qualifying, on Sunday and Monday morning (AEST), will be streamed live and ad-free on Stan Sport.

Note: Practice 4 is the only session of Day 3 (Two practice sessions on Day 1)