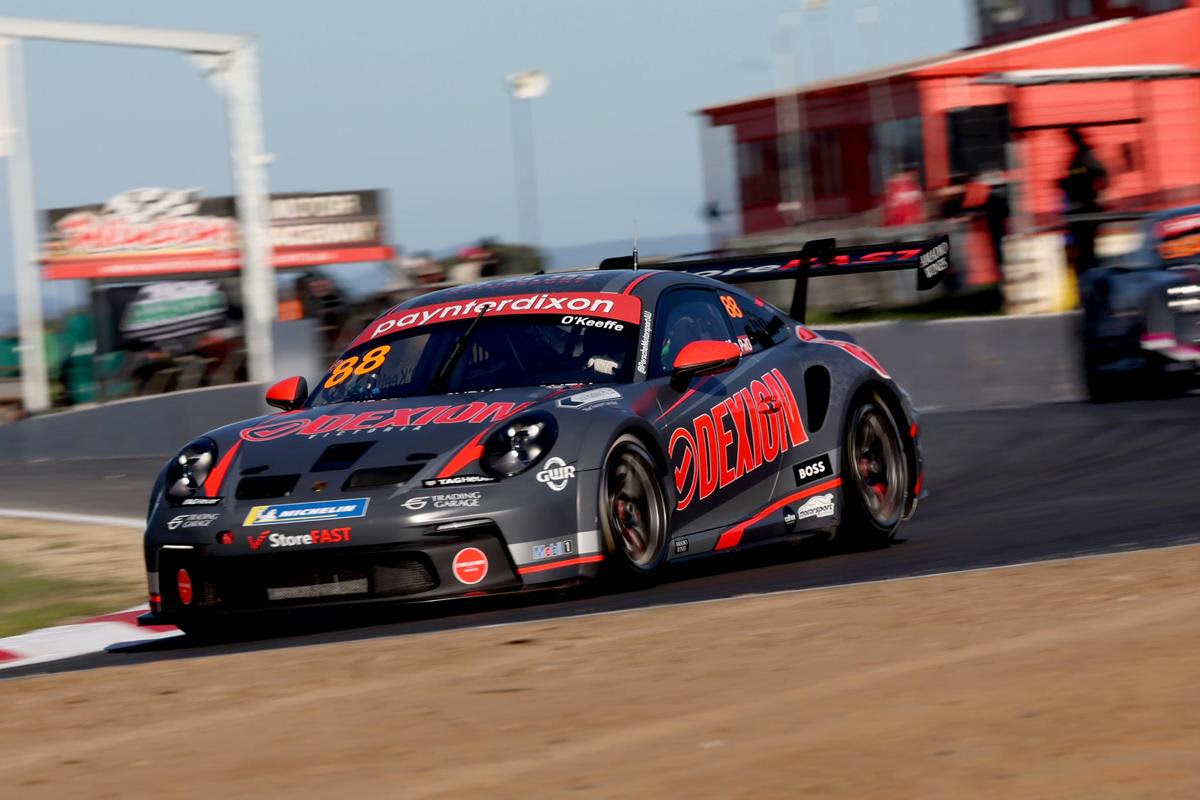 That benchmark was some 3.3s quicker than the category’s Winton qualifying lap record, set by Craig Baird in 2007.

But it wasn’t all smooth sailing, according to the two-time Bathurst 1000 starter.

“It was very tricky out there with all the cars, I didn’t think I would get any lap in,” O’Keeffe said.

“At the start, we caught the Pro-Am’s very quickly and didn’t get a lap in.

“I was stressing a little but at the end there trying to get a lap in, but I had one clean go at it and managed to put it together, that said it was a pretty scruffy lap.

“These 992s are very tricky around this circuit with oversteer compared to the previous generation and some of the other cars I’ve driven around here.

“But I like working the car a little bit and they say a loose car is a fast car.”

Duvashen Padayachee was third fastest on combined times in a strong showing, while Geoff Emery was fastest of the Morris Finance Pro-Am field on a 1:21.0465s.

Carrera Cup returns to the track tomorrow at 10:05 AEST for qualifying.