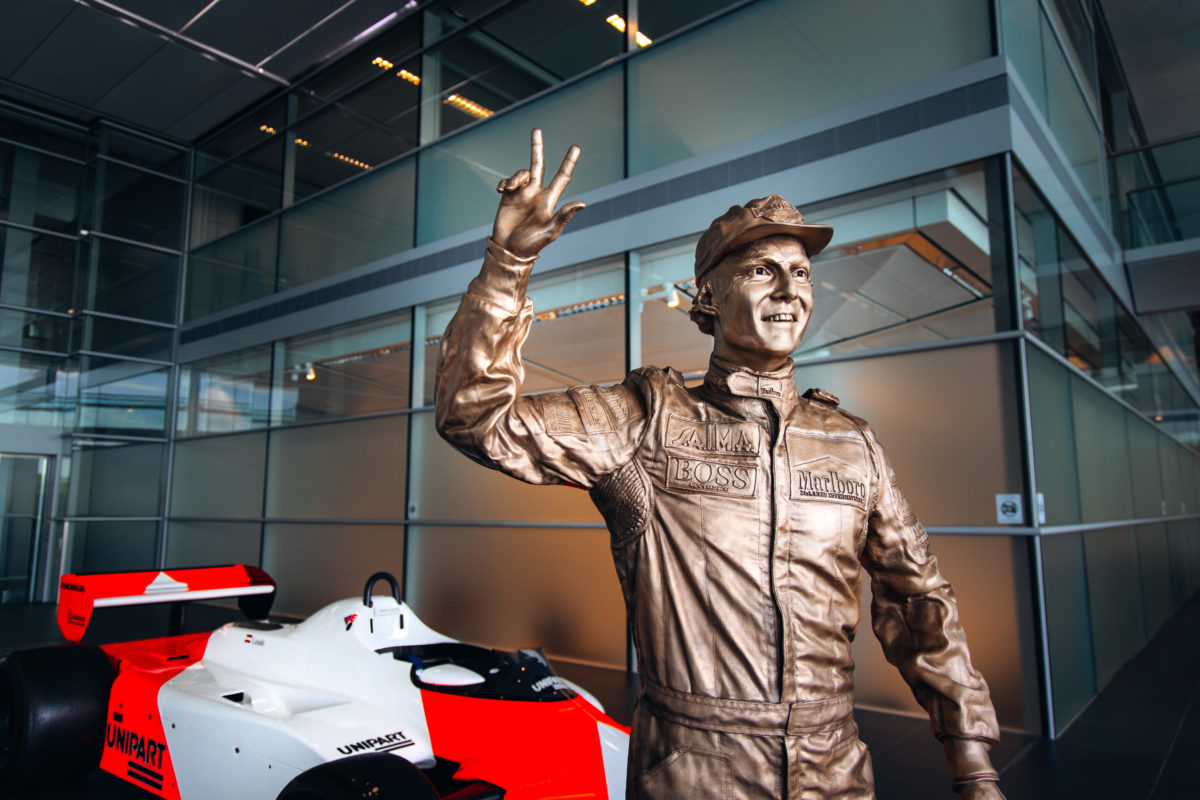 The bronze statue of Niki Lauda

Three years on from his death, McLaren has unveiled a bronze statue of three-time world champion Niki Lauda.

The Austrian won his final world title with McLaren in 1984, ending the year half a point clear of team-mate Alain Prost.

His driving career then drew to a close the following season, with the inaugural world championship Australian Grand Prix in Adelaide his farewell event.

Thereafter Lauda became an advisor to Ferrari and team principal for a time of Jaguar Racing.

His final role in the sport was as non-executive chairman at Mercedes, where he played a key role as the squad came to dominate F1.

To commemorate his life, and the contribution he made to McLaren, he has now been immortalised in bronze, alongside team founder Bruce McLaren and three-time world champion Ayrton Senna.

“This trio of sculptures was commissioned by McLaren’s long-time shareholder Mansour Ojjeh, before he passed away last year,” the team announced in a statement.

“Honouring and remembering Niki’s time at McLaren, the sculpture is a snapshot of the moment when he secured his third title in 1984, where he celebrated with a three-fingered salute.

“The piece also features his famous Parmalat cap and helmet with gloves. The sculpture of Niki will sit on the Boulevard.”

Lauda began his F1 career in 1972 with BRM before joining Ferrari in 1974, winning his maiden title the following year.

He would go on to win another in 1977, a year after a fiery accident at the Nurburgring almost claimed his life.

That 1976 season was the subject of the Ron Howard-director film Rush, recounting his battle with James Hunt for that title.

In 2018, Lauda was given just days to live before receiving a lung transplant after developing a cough while on holiday.

He was the hospitalised with the flu in January 2019 before passing away on May 20 at the age of 70.