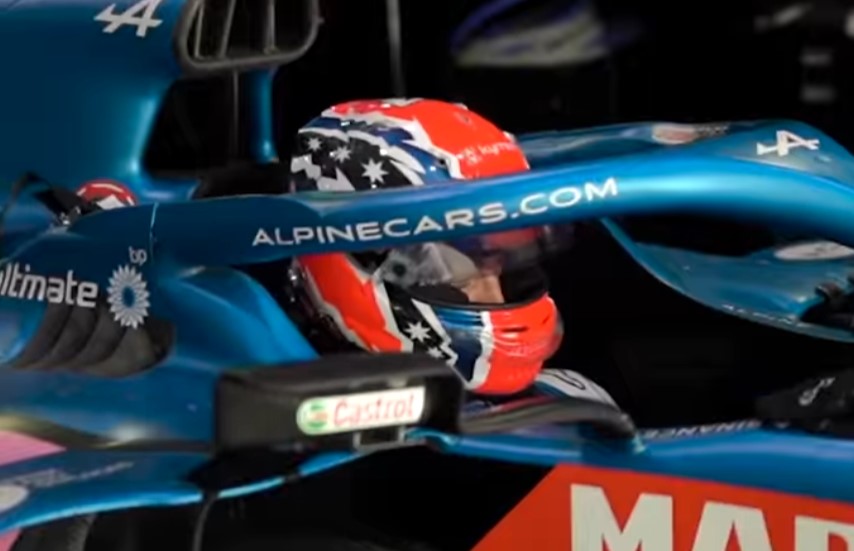 Jack Doohan aboard the Alpine A521

Jack Doohan has opened up on his first experience at the wheel of a Formula 1 car following his test with Alpine last weekend.

The Australian teenager shared the 2021-spec Alpine A521 with Oscar Piastri at the Lusail circuit, venue of last year’s Qatar Grand Prix.

It proved an eye-opening opportunity with the sheer performance of the F1 car impressing last year’s Formula 3 Championship runner-up.

“I think we completed something between 80 and 90 laps, I think there’s about 86 laps,” Doohan said when asked about the outing by Speedcafe.com.

“Unfortunately, for some reason there was this weird cutting of the tyres.

“Oscar was running the two days before me and obviously he’s prioritised as it’s his testing plan.

“The double kerbs are obviously aggressive in Qatar, and he cut through a few sets of tyres, so he took a couple sets of my allocation.

“I didn’t, in the end, do any quali sims but definitely still got a good amount of running.”

He found the F1 car a very different animal versus the Formula 2 machinery he’s used to.

“The car is obviously a completely different beast – so much downforce and the braking force is unbelievable,” he admitted.

“It’s something that, in the end, obviously, it’s adaptation, and to learn about how to use that to [your] advantage where the car can give you more.”

The reality check came the following day when, having had his maiden F1 experience, he found himself preparing for this weekend’s race in Circuit de Barcelona-Catalunya.

“I did the test on Sunday and then I was in the Formula 2 sim on Monday, and it was a big reality check,” he admitted.

“It is what I’m doing so I need to not get caught up with any of that.

“I’m in Formula 2 and I still have a very steep and big job to do.”

Doohan currently sits 17th in the standings after three weekends of racing, with pole position in Bahrain the highlight of his campaign thus far.

F2 track action in Spain gets underway at 19:35 AEST tonight for opening practice, with qualifying to follow at 02:30 AEST on Saturday morning.