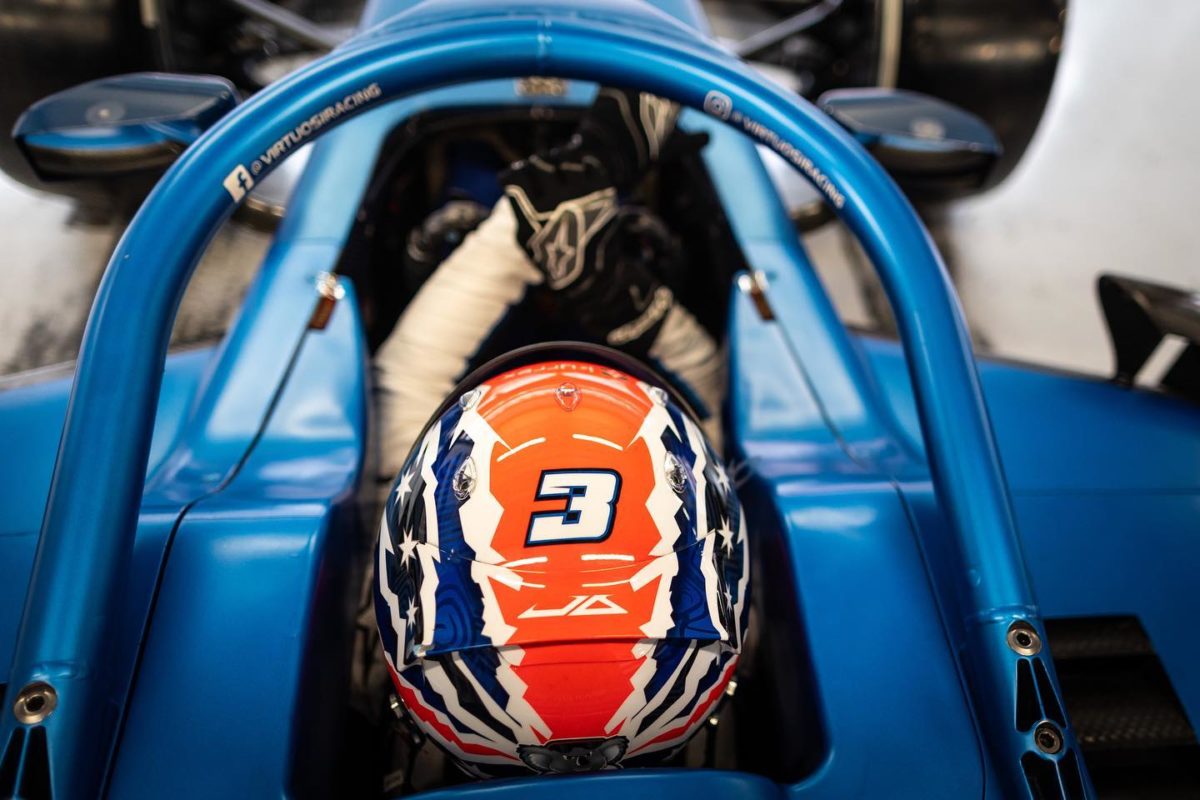 Jack Doohan is confident he can bounce back from a difficult start to the FIA Formula 2 Championship.

The Australian started strongly in Bahrain, securing pole position for the Feature race, but has found things rather more difficult since then.

While showing strong pace, the 19-year-old has retired twice in the opening six races, recording a best finish of ninth in the Feature race in Saudi Arabia.

It leads him 17th in the standings, 46 points down on leader Theo Pourchaire and a far cry from the title contention he was targeting.

Speaking with Speedcafe.com, Doohan explained his season’s results thus far have been a combination of factors: inexperience, bad luck and misadventure.

“You know, Bahrain I misread a situation coming out of the box,” he recalled.

“I thought Pourchaire went in deep and I think that he was giving me room, but then cut back on the exit and took the front wing.

“So that was my mistake,” he acknowledged.

“Then I said that I should just expect the worst and then I have everything covered.

“I think we could have won that [race], which would have… even if the season followed like it did, at least I’d have a good 31 points on the board, which would have been a lot better than where we we’re at now.”

While Bahrain offered a promising start, things took a turn in Saudi Arabia when Doohan was excluded from qualifying after officials were unable to extract the requisite fuel sample.

“Obviously the disqualification in qualifying hurt us a lot,” he admitted.

“Even in Jeddah I think if we started in the top 10 with the prime/option [tyre] strategy I think we could have won.”

His weekend hardly improved after becoming involved in a restart crash on Saturday of the event which saw him collide with Logan Sargeant as the field compressed ahead of the green flag.

A solid qualifying performance at Imola then went begging when he made contact with Dennis Hauger off the line in the Feature race, won by Pourchaire.

“Obviously from an outside perspective, when you watch not onboard, it looks like I’ve just absolutely turned into Dennis Hauger and clattered him,” Doohan said.

“Going into it in depth, I was turning when the initial contact happened, I was already turning back left, obviously because I cleared Juri Vips’ car.

“I went to go for the space between the two and then I saw [Ralph] Boschung was there, so I turned back out left.

“Then Juri, I think, got back into wheel spin and was pulling right, so at that time I think Dennis was already in my blind spot, and it was either crash into Juri – and obviously at that point I was going to go straight through both of them, but then Denis was there.

“Everyone has their opinion, obviously, but it was obviously a really difficult situation, and unfortunate because it put me out of the race once again.

“And the way the race unfolded with Roy [Nissany], Juri, Liam [Lawson] all crashing out, the lead being then from Pourchaire who, when all that was gong on, you could say was not really in a position to win the race.

“So keeping the nose clean in that situation would have been very good, however, it wasn’t.”

While those experiences have left him languishing down the championship standings, Formula 2 this weekend announced the addition of a round at Paul Ricard in France.

That event plugs the gap left by the aborted Russian Grand Prix, and offers Doohan a further two races to make up for the ground lost early in 2022.

“I’m thankful that there’s an extra round that’s been back on the calendar to give me more opportunity,” he said.

“With Virtuosi this season we’ve qualified in the top three in all three qualifyings, and then including my last round at the end of last year, so that’s the last four rounds have obviously been in the top three.

“Qualifying performance definitely isn’t a place that we need to focus on. Qualifying is very important, but the points are scored in the races.

“It’s been difficult,” he added.

“Fresh start in Barcelona, and 11 rounds to go, so hopefully we can get there soon.”

Doohan heads out on track in Spain at 19:35 AEST tonight for opening practice, with qualifying to follow at 02:30 AEST on Saturday morning.