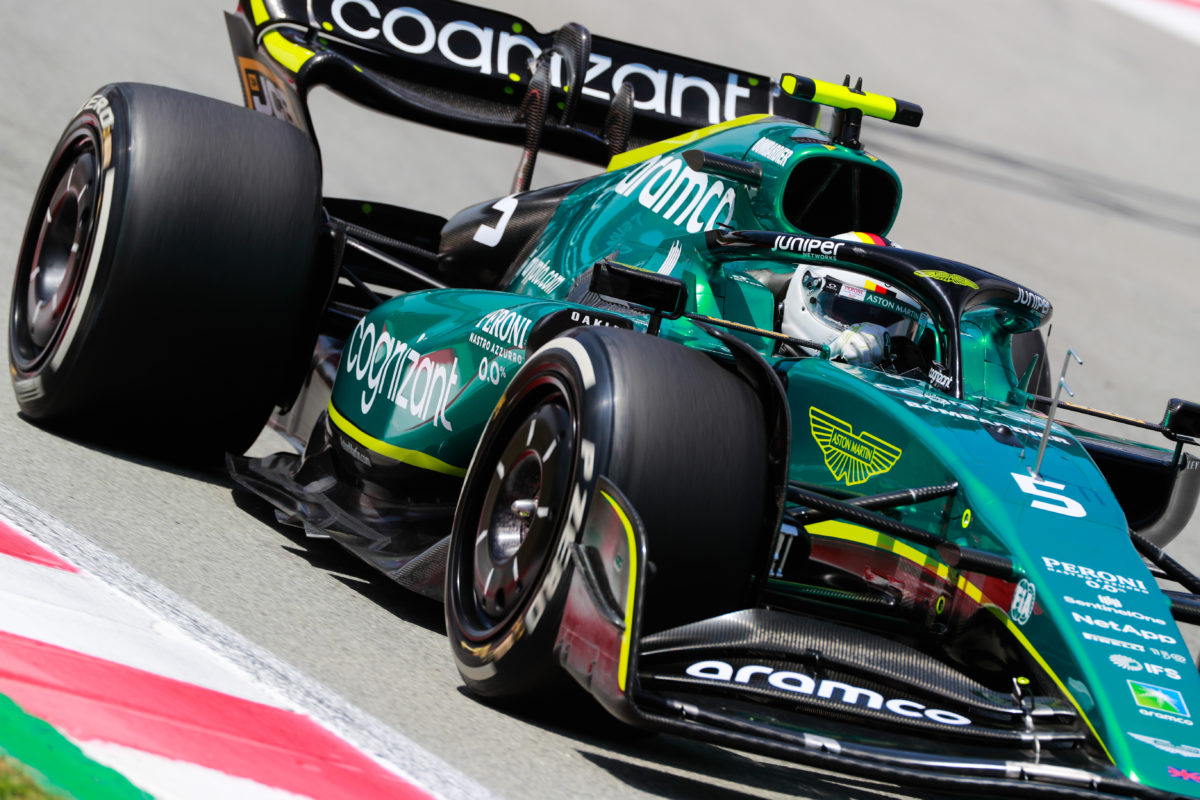 Sebastian Vettel in the revised AMR22

The FIA has moved quickly to clear Aston Martin of allegations that its B-spec car is the product of illegal copying of the Red Bull.

Aston Martin revealed a heavily revised AM22 at the Formula 1 Spanish Grand Prix featuring significant similarities to the RB18, specially around the sidepods.

It raised concerns within the paddock that the design had not been achieved within the regulations.

Changes were made the rules in the wake of the ‘pink Mercedes’ of 2020 (ironically also a product of the team currently known as Aston Martin) prohibiting teams from reverse engineering rival’s concepts.

However, the FIA hosed down those concerns with a statement confirming it is satisfied Aston Martin has acted within the regulations.

“The FIA carried out a routine pre-event legality check of the planned aerodynamic upgrade of the Aston Martin team for the 2022 FIA Formula 1 Spanish Grand Prix,” a statement from the sport’s governing body announced.

“During this process, it became apparent that a number of features on the Aston Martin resembled those of another Competitor.

“The FIA therefore launched an investigation to check compliance with Article 17.3 of the Technical Regulations, and in particular the top of ‘Reverse Engineering’ and potential illicit IP transfer.

“Both teams collaborated fully with the FIA in this investigation and provided all the relevant information.

“The investigation, which involved CAD checks and a detailed analysis of the development process adopted by Aston Martin, confirmed that no wrongdoing had been committed, and therefore the FIA considers that the Aston Martin aerodynamic upgrades are compliant.

“Article 1.5 specifically defines and prohibits ‘Reverse Engineering’, i.e. the digital process of converting photographs (and other data) to CAD models, and prohibits IP transfer between teams, but equally, this Article permits car designs getting influenced by those of competitors, as had always been the case in Formula 1.

“In the analysis we carried out we confirmed that the process followed by Aston Martin were consistent with this Article’s requirements.” 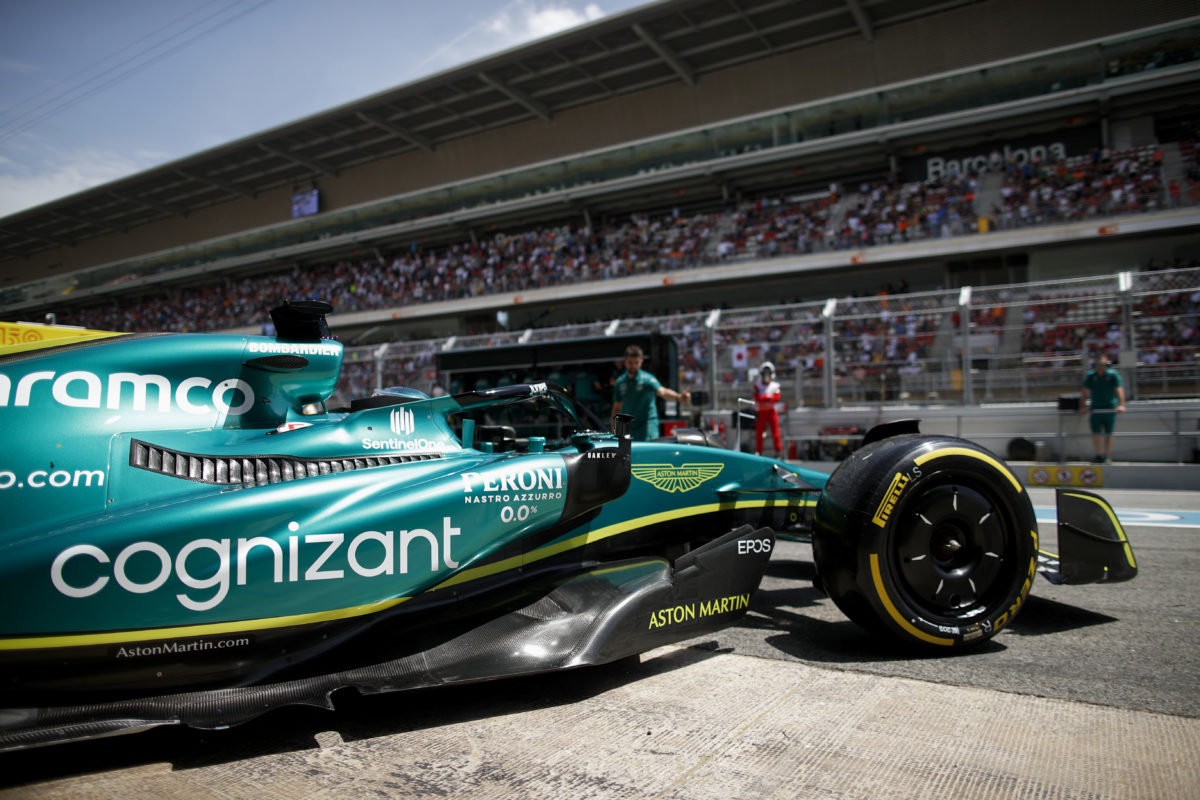 It’s a point echoed by Aston Martin, which released a statement acknowledging the FIA’s findings.

“We have shared details of our update with the FIA technical people,” it confirmed.

“Having analysed the data and processes used, the FIA has confirmed in writing that our update was generated as a result of legitimate independent work in accordance with technical regulations.”

During opening practice in Spain, the Red Bull pit wall sported green cans of its energy drink in what was has been viewed as a cheeky nod to the ‘Green Red Bull’.

Shortly after the session, it responded to the situation with its own statement. 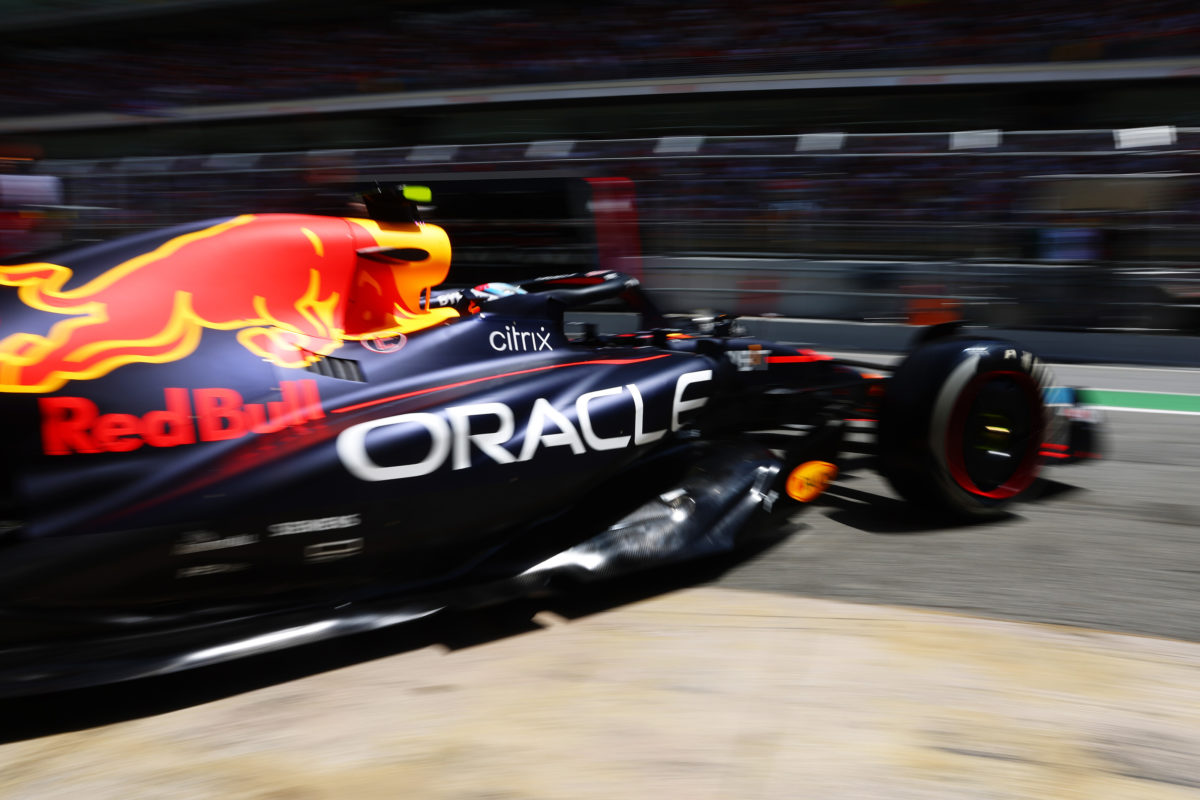 “Oracle Red Bull Racing have noted the FIA’s statement with interest,” it said.

“While imitation is the greatest form of flattery, any replication of design would obviously need to comply with the FIA’s rules around ‘Reverse Engineering’.

“However, should any transfer of IP have taken place that would clearly be a breach of regulations and would be a serious concern.”

However, those movements came well after Aston Martin had the B-spec car in flight, with suggestions the current design was in the wind tunnel in November last year.

Indeed it is understood that the current design of car was in fact abandoned in the first instance in favour of the version which was launched and raced in the opening five races, only to be revisited following the team’s disappointing start to 2022.