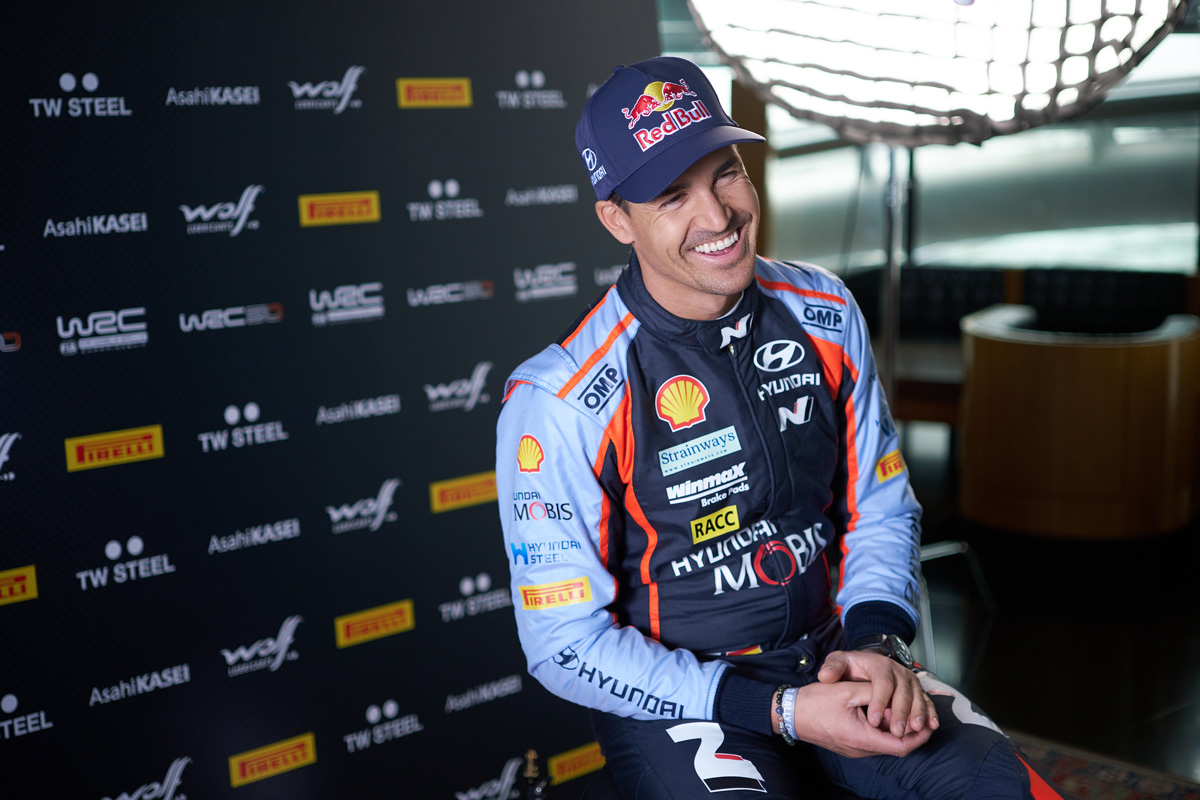 The World Rally Championship will welcome back a familiar face at Rally de Portugal this weekend as Dani Sordo lines up for his first top-flight event in six months.

The Spaniard has been part of the furniture at Hyundai’s WRC squad since 2014, albeit contesting part-time campaigns in recent seasons.

Having finished 2021 with back-to-back podiums, Sordo will only now make his first start in the Rally1 hybrid era, Oliver Solberg having been at the wheel of the third i20 N through the opening three rounds.

“Portugal is always really nice, so I am very happy that this will be my first event of the season, as I’ve scored a podium here twice in the past with Hyundai,” he said.

“There are normally a lot of spectators who travel from my home of Spain and the crowds have always been fantastic.

“I’m excited to drive the car on gravel for the first time. I’m hoping to have a good rhythm with the car and adapt myself quickly to this new challenge.

“It won’t be easy as the other drivers have done three rallies already so I hope the feeling for the car comes quickly.”

That status does force the Finn to be first on the road, meaning he’ll have the worst of the gravel conditions should the weather be dry.

“For us, the road-cleaning will probably be the biggest challenge, especially as it’s something quite new for us,” Rovanpera said.

“Friday could be much more important than on other rallies and we will try to be at a good pace straightaway to remain in contention for the rest of the weekend.

“The key thing in these next rallies will be to just try to keep calm and focus on doing a good job, without taking too much pressure or making mistakes, and keep taking good points where we can.”

French prodigy Fourmaux enters the event under pressure having crashed out in each of the first three rounds, but his team is standing by him for now at least.

“We believe in him and I think it would be detrimental to his development if we were to take him out of the car,” said Millener.

“Look back in history: M-Sport has always been at the forefront of developing young drivers and what Adrien’s going through this season is part and parcel of that process.

“That doesn’t make it any easier for the team when we see a crashed car coming back and the guys have to put a whole load more work in.

“Adrien understands that and he understands the pain the team goes through when it happens. And right now, it’s that bit more painful when everything is stretched. Like I said, he knows that, he knows the situation.

“This week we put that behind us and focus on Portugal.”

All WRC action is live, ad-free and on-demand on Stan Sport, with coverage beginning Friday at 04:00 AEST.