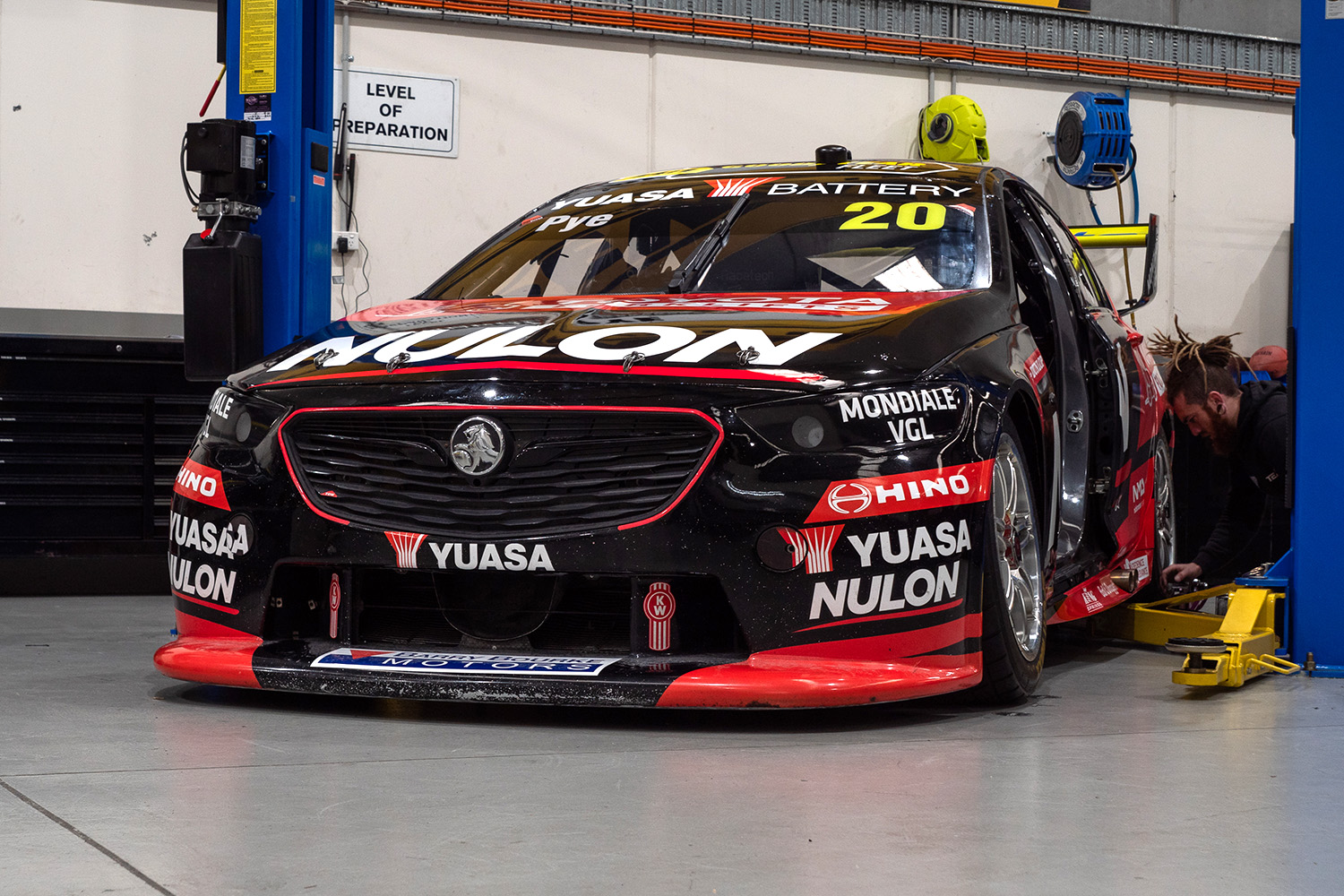 Scott Pye has hailed the efforts of his Team 18 crew after a mammoth repair to his #20 Holden ZB Commodore.

The Nulon Racing driver crashed heavily in Race 11 of the Repco Supercars Championship at the Perth SuperNight after clashing with Truck Assist Racing’s Jack Le Brocq.

Such was the damage as a result of contact with the concrete wall on Wanneroo Raceway’s front straight that Pye missed the weekend’s closer, Race 12.

With Team 18 in the midst of repairing the wounded chassis, Pye had to share his team-mate Mark Winterbottom’s car during a recent test at Winton Motor Raceway.

“Extremely proud of everyone here as a team,” said Pye.

“Everyone has ripped in and got my car built in a crazy turnaround time. I’m really impressed with how fast they’ve been able to do this, the amount of work that’s gone into it, and it’s been a huge team effort, so I’m excited to get to Winton and get a good result to say thank you.”

Although the test was in a somewhat unfamiliar car, it was nevertheless a welcome outing ahead of the forthcoming Pizza Hut Winton SuperSprint.

“It was a good opportunity to test Frosty’s car last week with mine out of action, so it gave me a good chance to do some laps and being a local event it’s nice for everyone after a big rebuild to not travel too far away from home,” said Pye.

“I think Winton’s going to be a challenging event and it will really come down to car speed as we’ve seen there it’s difficult to overtake.

The Pizza Hut Winton SuperSprint takes place across May 21-22.