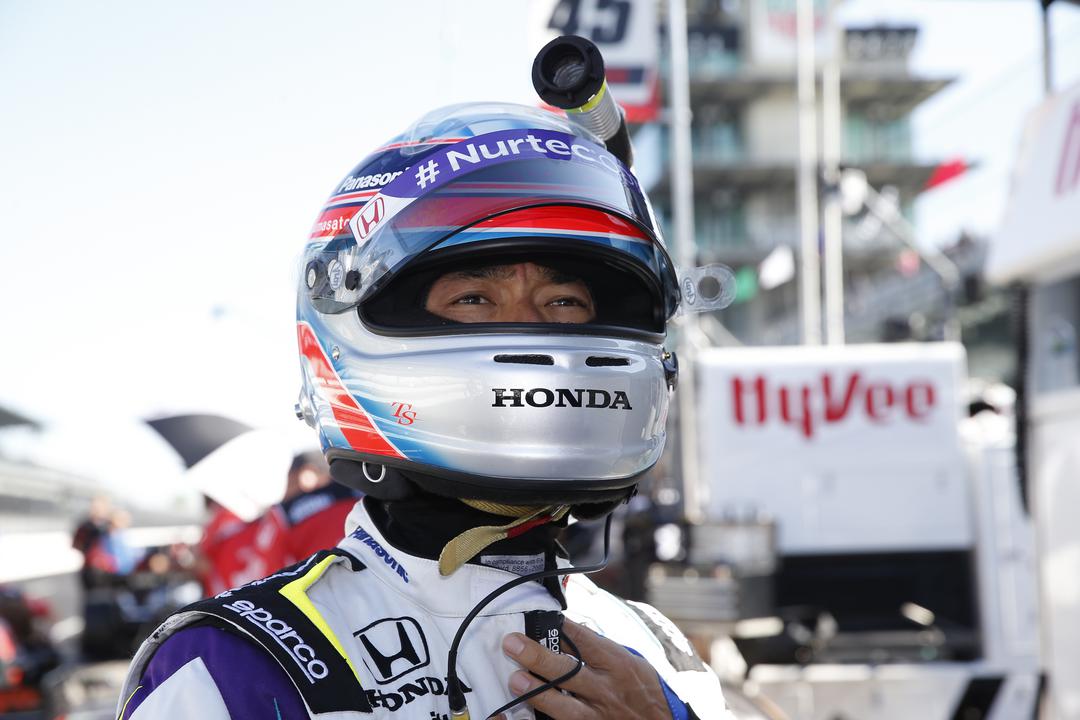 Takuma Sato has set the pace on Day 1 of practice for the Indianapolis 500, with fellow race winner Scott Dixon and rookie Jimmie Johnson making up the top three.

Sato notched up only four laps in Practice 1 but set an average speed of 228.939mph (368.442km/h) on his second-last lap of the day in the #51 Dale Coyne Racing w/ RWR Honda, usurping Dixon by more than a full mile per hour.

Only slightly slower than Dixon was first-timer Johnson, who left it late to set a 227.722mph (366.483km/h) in the #48 entry which ensured that Ganassi cars filled positions two through four, as well as sixth.

With IndyCar rookie David Malukas (#18 DCR w/ HMD Motorsports) also in the mid-226s, it meant that the only Chevrolet-powered driver in the top seven was Ed Carpenter Racing’s Rinus VeeKay, whose best lap was a 226.995mph (365.313km/h).

For reference, the fastest lap on the opening day of the 2021 Indy 500 was a 226.470mph set by Team Penske’s Will Power, while his team-mate Josef Newgarden topped last month’s Open Test with a 229.519mph effort.

As far as non-tow laps were concerned, VeeKay also set the pace in that April outing with a 221.314mph on the second and final day.

On Day 1 of the 500 event itself, the practice top 10 was rounded out by Sage Karam (#24 Dreyer & Reinbold Racing) in eighth, from Newgarden and Kanaan.

The day ran with relatively little drama, although there was a Caution during Practice 2 when a fox ended up on the race track.

Yellow flag is out for…

That entry was the last confirmed for the race in the gruelling quest for a full field of 33 cars, and hence Wilson had not had a chance to drive during April’s test.

It led to the unusual situation whereby the Briton had the track to himself for the middle session of the day to undertake the refresher programme.

Action resumes tomorrow morning with another six hours of practice from 02:00 AEST.

This weekend’s two days of qualifying will be streamed live and ad-free on Stan Sport.