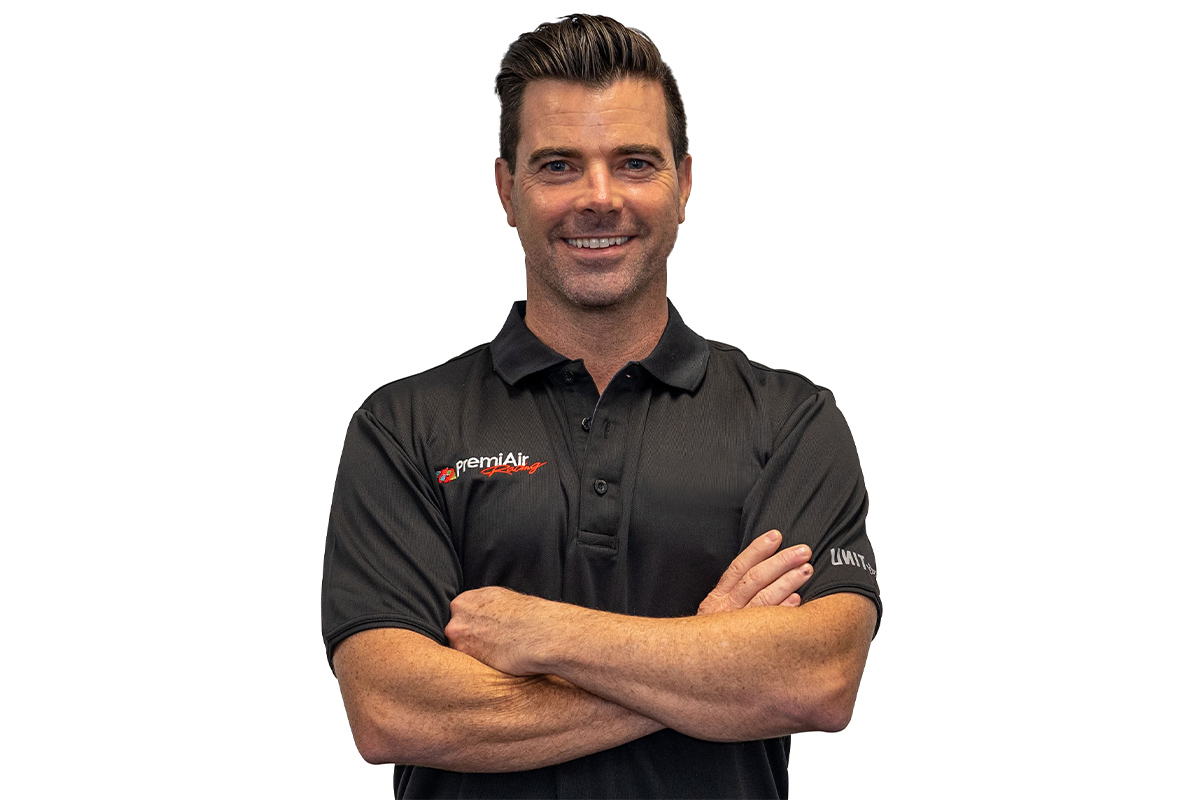 In doing so, Cook becomes the second high-profile departure from the Banyo-based team to take up a team principal role after David Cauchi left to join Grove Racing in the most recent off-season.

Cook comes to the Peter Xiberras-owned team off the back of a decade-long spell at Triple Eight, during which time he was initially the number two mechanic and later chief mechanic.

More recently, he spent time as crew chief of the outfit’s GT World Challenge programmes in Australia and Asia as well as its Dunlop Super2 Series team.

Cook comes to the Repco Supercars Championship’s newest team, PremiAir Racing, with a wealth of experience.

At a young age, he joined Dick Johnson Racing where he worked his way up to number one mechanic status.

After departing the Stapylton team at the end of 2006, he began working with Team America in A1 Grand Prix until 2009.

A spell followed with Virgin Racing in Formula 1, which later became Marussia, from 2010 to 2012.

Since then, he has been part of the Triple Eight fold, his arrival coinciding with the inception of Car of the Future.

Speaking with Speedcafe.com, Cook admitted the glass ceiling at Triple Eight had factored in his decision to take up the opportunity at PremiAir Racing.

“I got to a point, the progression was good, I was moving up and up, I’ve been the team manager for the Super2 and GT programme since 2019, and there was just nowhere to grow,” Cook explained.

“I was the understudy to Dutto [Mark Dutton], he’s not moving anywhere anytime soon. He’s been there for 15 years and he’s T8 for life, he’s going to die there, that bloke. When an opportunity presented itself, you have to take that because it wasn’t going to happen at Triple Eight for a very long time.

“As cool as the GT programme is and Super2, it’s not where I want to be. I just couldn’t do it for another four or five years just waiting for Dutto to try and make a move somewhere. It’s just how it turned out.

“There was no ill-feeling or anything like that, it was just my own personal progression and growth. I needed to make a move and this was it.”

The transition should be a relatively smooth one given PremiAir Racing utilises Triple Eight-built Holden ZB Commodores.

For Cook, building a team around him with Gen3 on the horizon was another significant drawcard.

“The biggest thing is Peter has got so much faith in me,” said Cook.

“He’s basically allowing me to handpick a crew of people and put a good team together. I’m very, very grateful for that.

“The team principal role was probably not something I thought I’d ever get to, but he’s allowed me to do that.

“He said, ‘Look, I need someone there to run it’. He’s very busy with his business and he just wants to know that the right decisions are getting made and the money is getting spent in the right areas.

“He’s put a lot of faith and trust in me, which I’m very grateful for. Being allowed to hand-pick a team, grow in its infancy, and grow with it and see where we end up.

“They’ve had to do a lot in the last four or five months with the team that they had. It was a pretty run-down Tekno team, and they’ve done some very big things in a short period of time.

“Hopefully, moving forward, in the next six months we can climb slowly further up the field and see where we end up and be consistently in the top 10, that’d be a good result for this year.

“The biggest thing for me is next year and the brand new car. The cars are all going to be the same, so the fancy teams can’t design brand new uprights and geometry and suspension to make the cars faster, it’s literally the same product.

“It comes down to driver, engineer, and team and see who can win a race. That’s the exciting thing, is building this year for next year.”

Cook finished up at Triple Eight on the Sunday of the Perth SuperNight; Speedcafe.com understands team co-owner Jess Dane will take over managing its Super2 programme, at least in the short-term.

The Pizza Hut Winton SuperSprint takes place across May 21-22 at Winton Motor Raceway.