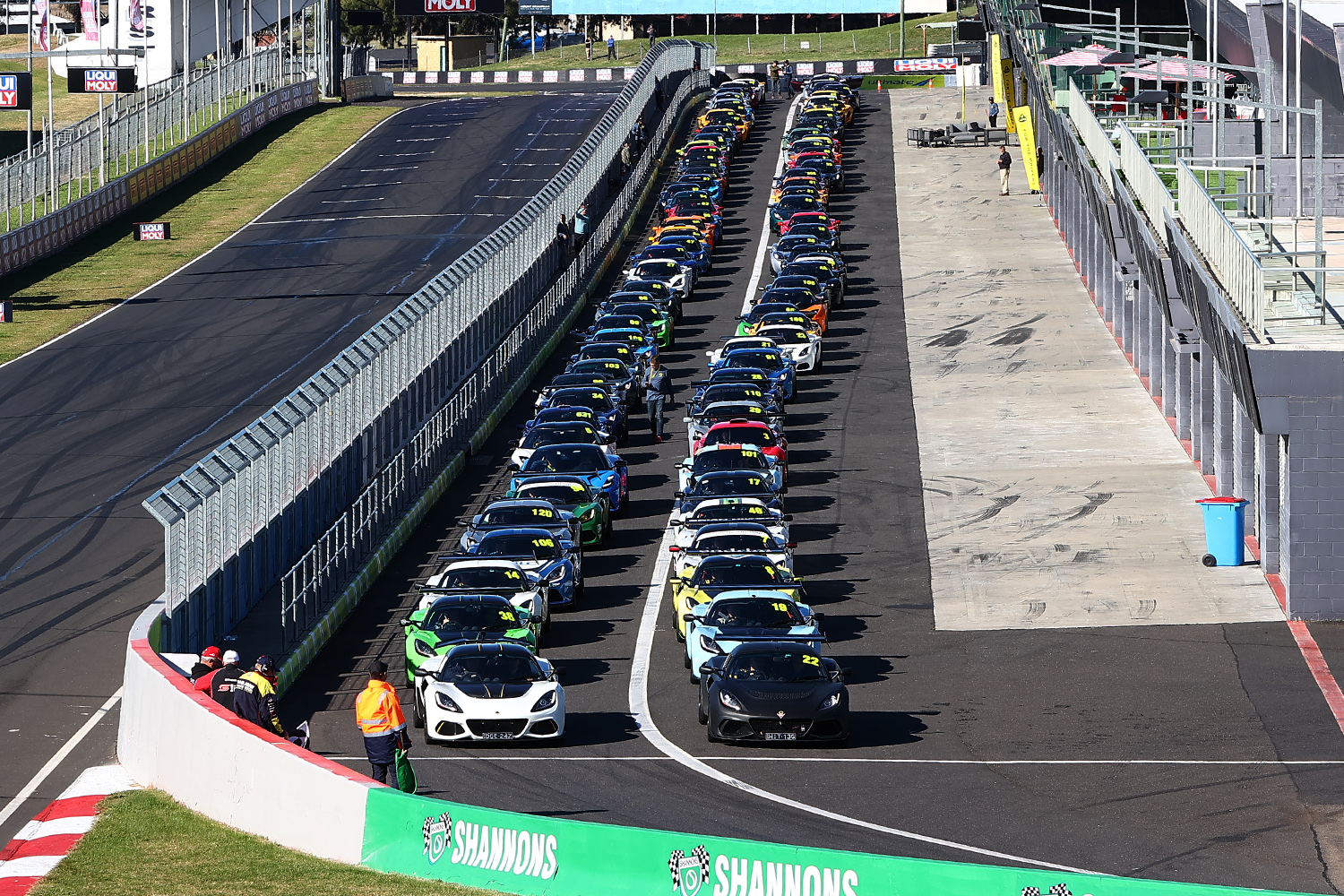 The Lotus community has gathered at Mount Panorama to pay tribute to Tony Seymour, who was killed during Targa Tasmania last month.

Seymour, 59, died after crashing his 2013 Lotus Exige on the Mount Roland stage during day two of the event.

In the wake of the incident, the Lotus community paid their respects with a slow lap around the Bathurst circuit yesterday as part of an annual owners’ track day.

“We really wanted to do something special for Tony who was such a valued member of the Lotus community and friend to lots of people that were there on the day,” Lotus Cars Australia motorsport manager Mark O’Connor told Speedcafe.com.

“He was always very generous with his time and advice and helping newbies, whether that was Targa or track and he was a regular at the Lotus events.

“The Lotus community is actually quite a tight-knit community, they are all very close. We were all pretty affected by it, especially a lot of people at Lotus Cars Australia – we worked with Tony at events for many years.

“All the volunteer flag marshals stood out trackside, caps in hand over chest, and we even had the board up saying ‘final lap’ and nice little touches like that. We had all the guys that normally did Targa who know Tony really well up the front leading the way.

“When we all got out of our cars at the end it was all pretty emotional. We were all battling to hold it together.

In the wake of the fatality, Motorsport Australia has suspended all Targa tarmac rallies.

Targa organisers have been blighted by several fatalities in recent years, the 2021 edition claiming the lives of three individuals in two separate incidents.

The governing body has recently established a Targa Review Panel chaired by Garry Connelly who will work alongside Neal Bates and Matthew Selley.