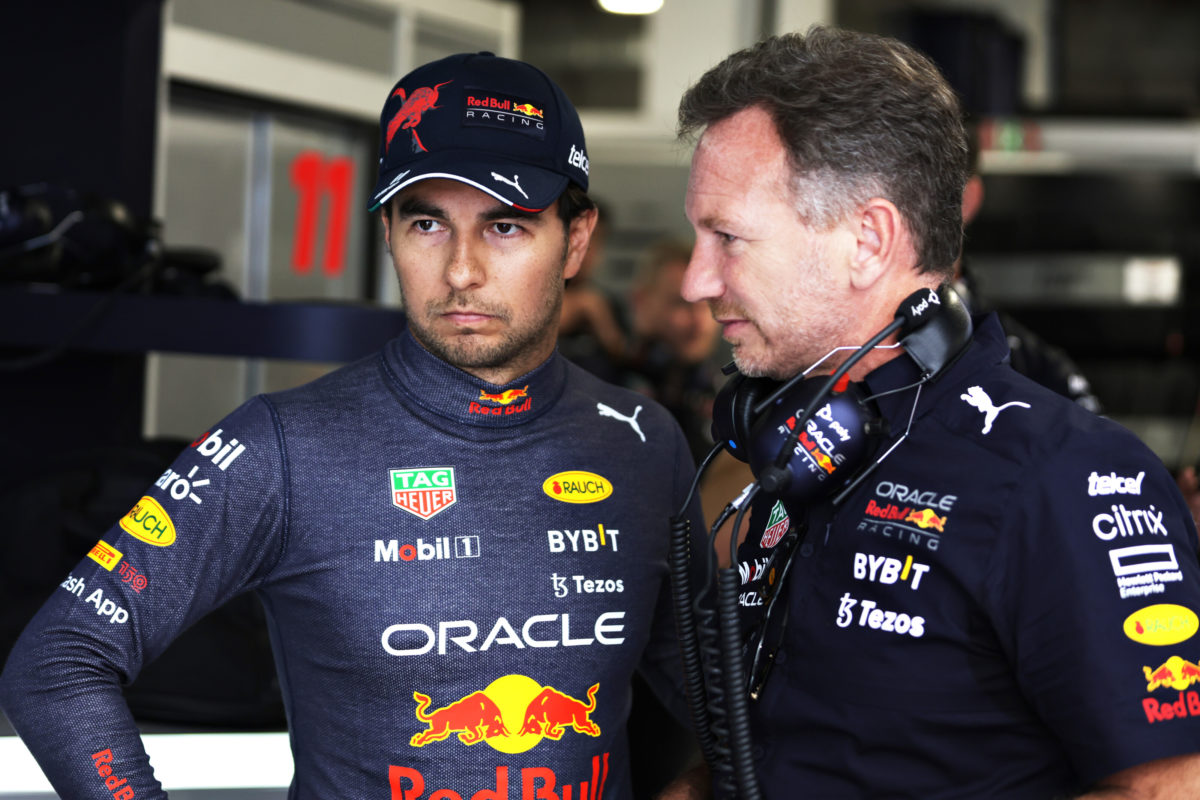 Christian Horner and Max Verstappen have praised Sergio Perez after a strong start to the 2022 Formula 1 season.

The Mexican currently sits third in the drivers’ championship with four points finishes from five races.

Bahrain stands as the only blemish to that record when a fuel systems fault as he began the final lap robbed him of a near-certain podium.

As it stands, he has two second-place finishes and two fourths for a total of 66 points, 19 down on his world champion team-mate.

Combined, they leave Red Bull just six points adrift of Ferrari at the head of the constructors’ championship.

It marks a far stronger start to the campaign than Perez enjoyed during his first season with the team a year ago.

Though he won in Azerbaijan and was third at the following event in France, it was only late in the season that he seemed to truly get in top of the RB16B.

Thus far in 2022 he has been far closer to Verstappen on pace and, on occasion, faster.

“Well, I think it helps, of course, to have a year with the team,” the Dutchman said of Perez’s performance.

“And I think of course with the new rule changes, everyone had to start from zero really.

“That seems like he’s a lot happier in the cars, so that’s really good for the team.”

Perez signed with Red Bull as replacement to Alex Albon for 2021 on a one-year contract.

That was extended for a further season with another one-year deal last August, though the 32-year-old has already stated that he’s now chasing a longer-term deal.

“He’s driving [at] a very high level, he’s more comfortable in the team this year.

“I think the car suits him better this year, it doesn’t have some of the peculiarities that the previous probably three cars of ours had.

“We’re happy with the job he’s doing,” he added.

“Everybody within the team is very pleased with the job that Checo’s continuing to do.”

Formula 1 heads to Barcelona this weekend for the Spanish Grand Prix, opening practice for which gets underway at 22:00 AEST on Friday.