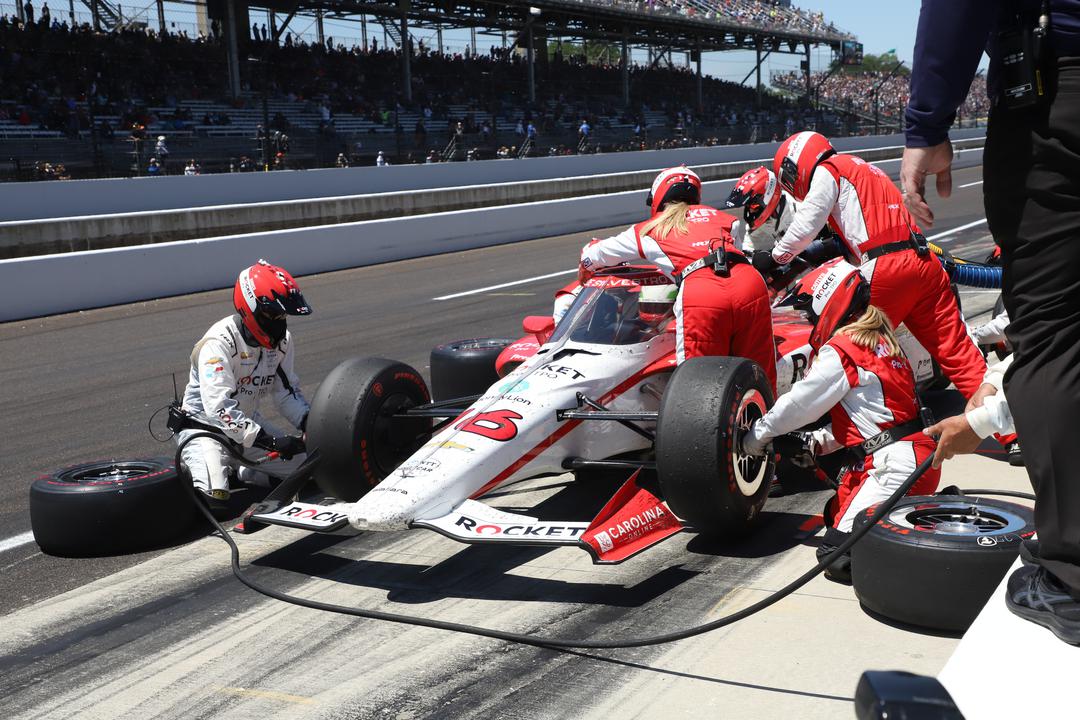 The Paretta Autosport entry in the 2021 Indianapolis 500

Beth Paretta says that skipping the Indianapolis 500 and fielding Simona De Silvestro in three road course/street races later this year is a “better investment” in her team’s growth.

Paretta Autosport’s sole IndyCar event to date came when it ran the Swiss driver in last year’s Indy 500, in a partnership with Team Penske.

This time around, the #16 Chevrolet entry will not make a competitive appearance until next month’s Road America event, followed by outings at Mid-Ohio in July, Nashville in August, and potentially other races.

While that is somewhat of a surprise, given the lengths which IndyCar had to go to in order to secure a 33rd entry for a full Indy 500 field, there are sound reasons for that.

Car #16 will be run this time around in an alliance with Ed Carpenter Racing, which is already fielding Carpenter himself on the ovals in addition to its two full-time entries.

Adding the Parretta entry would therefore have meant a four-car programme over the next fortnight, something which neither party was willing to entertain.

Furthermore, the Penske resources which were put into the De Silvestro-driven car last year have been assigned to other programmes, as that organisation returns to sportscar competition.

On the other hand, there was slack in the ECR system on road course or street circuit weekends, when Carpenter is just the team owner.

“I knew that my arrangement I had with Team Penske was not going to be the same, which Roger and I, we’ve talked about that from the beginning,” explained Paretta.

“The people that we worked with last year have been redeployed to a different racing programme. Literally, the people are doing something else. I didn’t have the availability to work with them.

“Because we knew that, we had to figure out what else would be the best fit for us.

“If Ed is going to be running three cars at the 500, it wasn’t as appealing for us to be a fourth car for Ed’s system because, again, it’s about that pragmatic growth.

“If we’re sitting across the table crafting this together, there’s two things at play here: it’s a smart competition decision and business decision.

“Both of those things are weighed equally, especially if you’re in Ed’s or my chair.

“The decision was they’re going to do the three cars for the 500, but this allows us to have room to do these races later in the year. I’ve known that answer for months.

“I had people approach me asking me to reconsider the 500. I will say that I said, ‘I will think about this, let’s talk about this.’

“But, I was unwilling to not do the road and street courses that we were planning to do. This for me was not an either/or; it had to be an ‘and’. It just wasn’t a good fit.

“To me, what we’re doing is growth for my team. It’s getting women and Simona to new places.

“If our intention is to be a full-time team, this is a better investment in us.”

Carpenter also preached caution about expanding his team, which last year only ran the third car at the Indianapolis 500.

“We haven’t expanded at the same rate as some of our peers; we have expanded somewhat,” he noted.

“Conor Daly went from a part-time role to a full-time role [and] we’re adding a third car for more races than we’ve ever done before.

“It will be extended with this partnership to a certain degree. We’re working our way that direction.

“I think we’ve been pretty disciplined in our growth, making sure anything we do that we feel we can do to the standards that we’ve set for ourselves and our partners.”

Carpenter joins his full-time drivers Rinus VeeKay and Conor Daly in the field for the Indianapolis 500, which De Silvestro is set to attend.