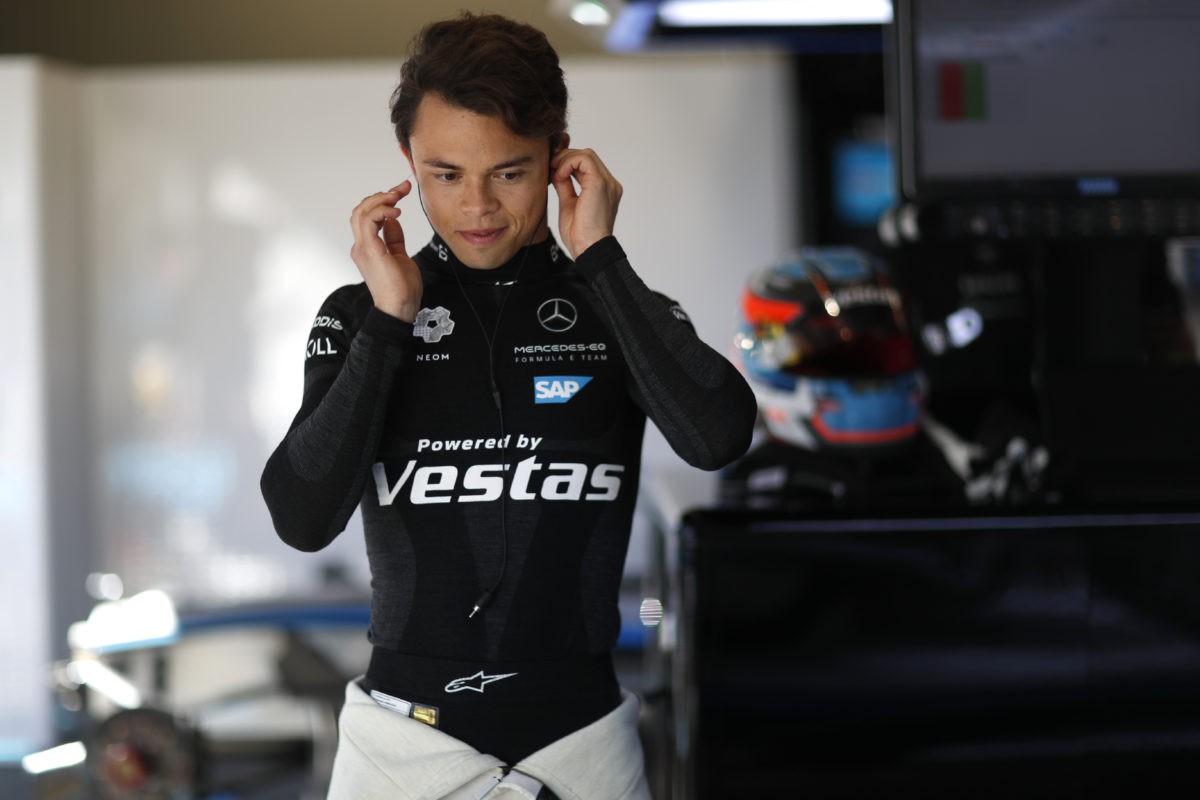 The Dutch driver will climb aboard Alex Albon’s FW44 during the first 60-minute session in Barcelona on Friday.

His appearance means Williams gets one of its two mandatory young driver sessions checked off for the season, a new initiative introduced into F1 this season.

“Firstly, I’d really like to thank Williams for the opportunity to run in FP1,” said de Vries.

“It’s great for me to get to know the team and drive the FW44, and also to get myself out on track during a Formula 1 weekend.

“Preparation for the test is going well so far and the team have been incredibly supportive of me.

“I’m very much looking forward to the whole experience in Spain now!”

Dave Robson, head of vehicle performance for Williams added: “We are looking forward to having Nyck de Vries in the car for FP1 as it is always good to work with a new driver and get a fresh opinion on the car’s strengths and weaknesses.

“Nyck’s experience and professionalism will be crucial on Friday as he will complete some of the key engineering tests in FP1 before he hands the car back to Alex for FP2.”

The move has also sparked suggestions the 27-year-old could find his way onto the grid next year.

De Vries is contracted to Mercedes, with Williams ordinarily having Jack Aitken as its nominated reserve driver – the Brit taking over when George Russell was called up to replace Lewis Hamilton in late 2020.

With Nicholas Latifi struggling for form in the early part of the current campaign, pressure has been mounting on the Canadian.

Together with Mick Schumacher, Latifi is the only other full-time member of the grid yet to score a point in 2022.

Adding to that is the uncertainty surrounding de Vries’ current employer, Mercedes-EQ, which has been purchased by McLaren for Season 9 of the all-electric competition.

As a Mercedes contracted driver, it’s unclear whether he or team-mate Stoffel Vandoorne will be available to the new proprietors.

Williams meanwhile heads into this weekend’s event 10th in the constructors’ standings with three points after Albon finished ninth in Miami last time out.

“The contrast between the new circuit in Miami and the familiarity of the Circuit de Barcelona-Catalunya couldn’t be starker,” said Robson.

“The drivers and engineers know the quirks and subtleties of this track very well and, whilst the car balance and tyre behaviour will be different to February [pre-season testing], we have a good idea of what to expect and the areas that we will need to work on.

“The car has changed quite a lot since February and the much hotter track conditions will present very different problems.

“We showed some encouraging race pace at the last few events and our efforts are now focused on bringing the same level of performance to Qualifying.

“If we can do this successfully then we will be in a much stronger position going forwards.”

Opening practice in Spain begins at 22:00 AEST on Friday.