Jaxon Evans says he is settling in well in his new Nurburgring programme with Porsche team Falken Motorsports despite a lack of seat time.

Having secured his future with Porsche, the 2018 Carrera Cup Australia title winner signed on with customer team Falken Motorsports to race a Porsche 911 GT3 R at the Nurburgring this year.

That has seen Evans competing in the Nurburgring Langstrecken-Serie (NLS) which runs endurance races encompassing the famous Nordschleife.

NLS races are built around the blue-ribbon Nurburgring 24 Hours, which this year is taking place from May 26-29.

However, preparation for the ‘N24’ has been stifled with Evans unable to get many laps in the opening three NLS rounds.

“It’s been cut short, you could say, with the way things have panned out,” Evans told Speedcafe.com.

“There’s a lot going on in the world and it’s having effects on little things such as motorsport. So my year so far has been very quiet.

“I’m just trying to stay busy and keep fit off track and hopefully some more races will pop up through Porsche; I think there may be a start in the 24 Hours of Spa but these are all just things that are in the works at the moment.

“Obviously got the big Nurburgring 24 Hours to look forward to and we’re working hard towards that with Falken Tyres.” 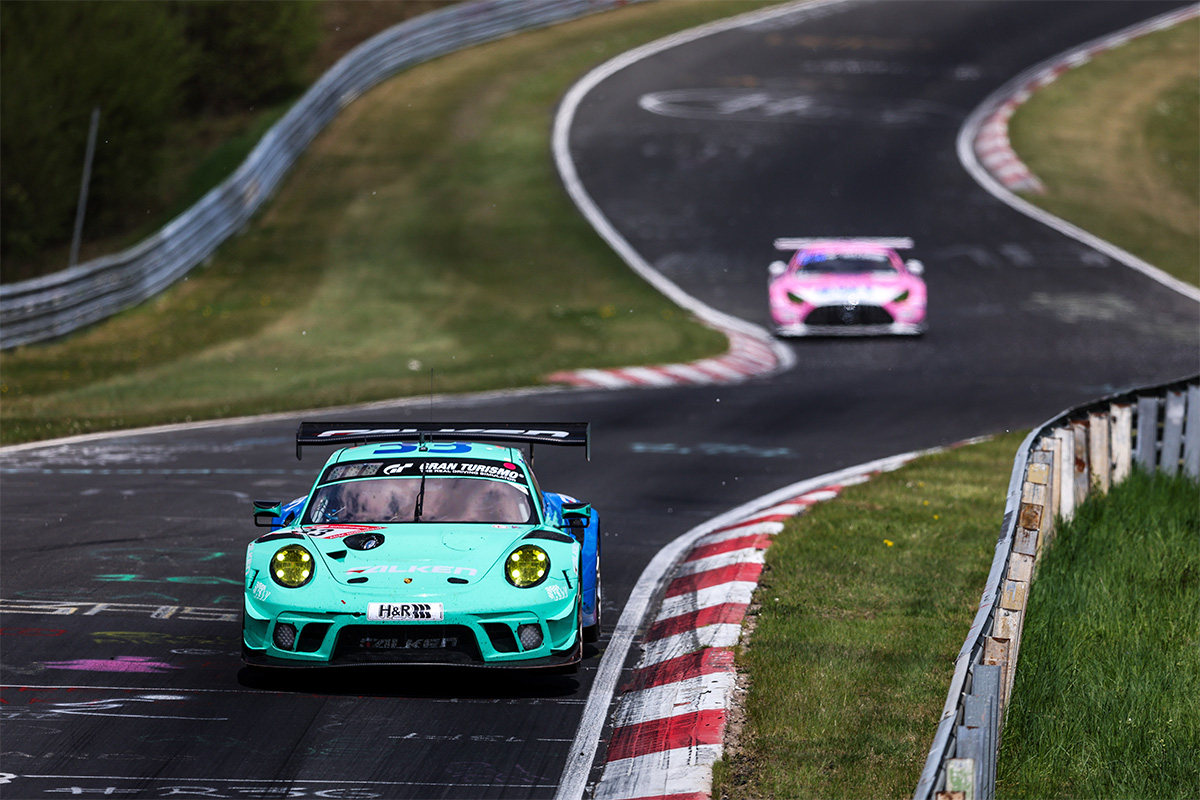 The Falken Motorsports Porsche in action on the Nurburgring

The Kiwi driver has had a lot to learn coming from Porsche Supercup where he finished runner-up in 2021.

While he does have a full FIA World Endurance Championship season under his belt in 2020 in a Porsche 911 RSR, racing at the Nurburgring is a different beast.

Evans pointed out the length of a lap as the biggest difference, with the NLS races taking in nearly 25km on a single loop.

“It’s a big change for me going from mainly sprint racing to this very particular niche when it comes to the Nurburgring,” he added.

“Getting comfortable with a new team that’s been there for many years along with the drivers.

“It’s certainly starting to feel like home to me, I’ve been welcomed so well and pushed along to help me understand how the team works, how the tyre works and how the whole place works.

“The Nordschleife is certainly a special place and it takes some time to get used to.

“You sort of have to hang your ego up for a little bit and get comfortable before you overstep the mark and make a mistake.

“The team are doing a great job at making me feel like I’m at home and my team-mates and engineers are also giving me some pretty important pointers on where we can improve in the right way.

“It’s been enjoyable to say the least.”

Having checked off the ‘N24’ qualifying races at the start of the month, Evans and his Falken Motorsports team have just over a week to gear up for the twice-around-the-clock enduro.