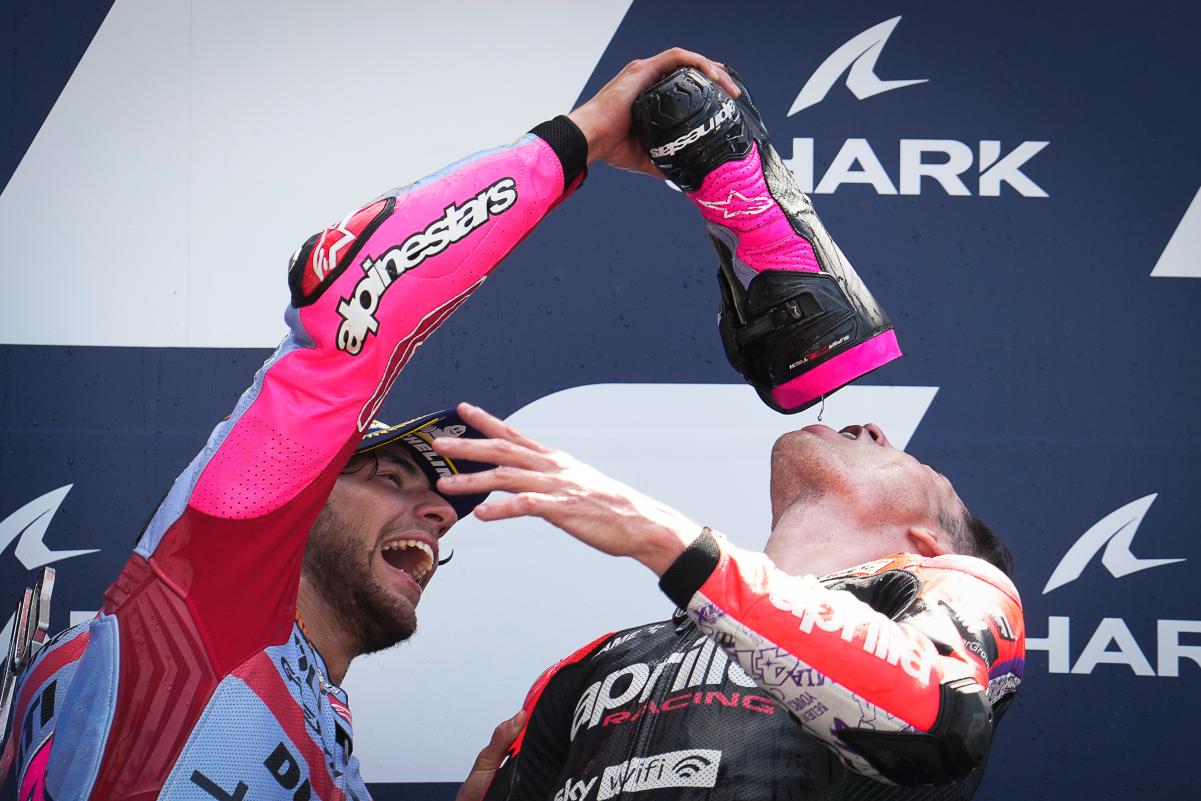 Aleix Espargaro says he participated in the shoeys on the French MotoGP podium because of the importance of maintaining “good relations” with his fellow riders.

Espargaro finished third at Le Mans, after which race winner Enea Bastianini (Gresini Ducati) shared a drink from his own boot with runner-up Jack Miller (Ducati Lenovo) and also the Aprilia Racing pilot.

The Spaniard is one of the nice guys of the MotoGP paddock, as evidenced by how his breakthrough victory in this year’s Argentina Grand Prix was received by rivals.

He was even happy to put up with carrying ‘shoulder cam’ for its return to the broadcast at Le Mans, although he did note that the sparkling wine from Bastianini’s footwear was “not the best” he has ever drunk.

“I love to have good relations with the other riders; it has to be like this,” smiled Espargaro regarding the shoey.

“These two guys were awesome today and to have fun… this is a show.

“So, I struggled a little bit today with one extra kilo, this camera, but I knew it pays off because the show was good.

“I have my left shoulder destroyed but then to drink the Prosecco on the podium with them, it pays off.

“It’s not the best Prosecco of my life, but okay.” 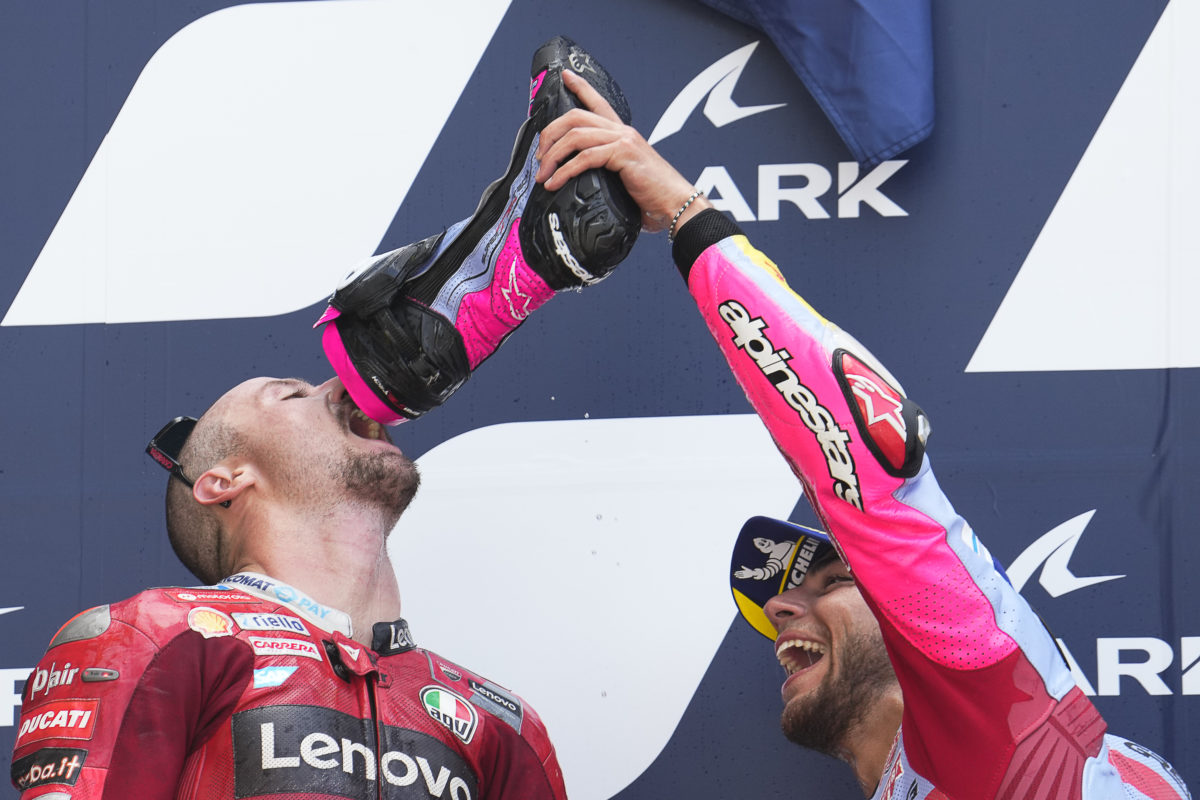 Jack Miller was also thirsty after his efforts

Espargaro’s race was largely a case of inheriting positions when riders ahead of him crashed, namely Suzuki Ecstar duo Alex Rins and Joan Mir, and then Ducati Lenovo’s Francesco Bagnaia in pursuit of Bastianini.

However, he had to be on his game to prevent championship leader Fabio Quartararo (Monster Energy Yamaha) from going underneath him in the closing stages.

“I knew that it was about surviving because the track was very slippery; it was more difficult to stay on the bike than to go fast,” explained the 32-year-old.

“Every time I tried to get close to Jack, I started to have a lot of movement on the front.

“I saw on the dash that the front tyre was on fire, so I say, ‘Okay,’ I let him go, about half a second, eight tenths; I just stay there.

“Then, in the last part of the race, I saw on the big screens that Fabio was very close.

“I saw one time that he was a little bit better in the mid-corner. Also, during the weekend, studying him on the video, he was better than the rest on the mid-corner, getting a lot of speed.

“I knew that if I went wide two metres, he will pass me inside in the mid-corner.

“It was very difficult, sincerely, to make no mistakes in the last 10 laps and to stay in 32.0 [low-1:32s lap times] without any mistakes was difficult, but finally it pays off.”

Espargaro’s third podium in a row, and fourth in five races, has seen him close to four points behind Quartararo at the top of the championship points table.