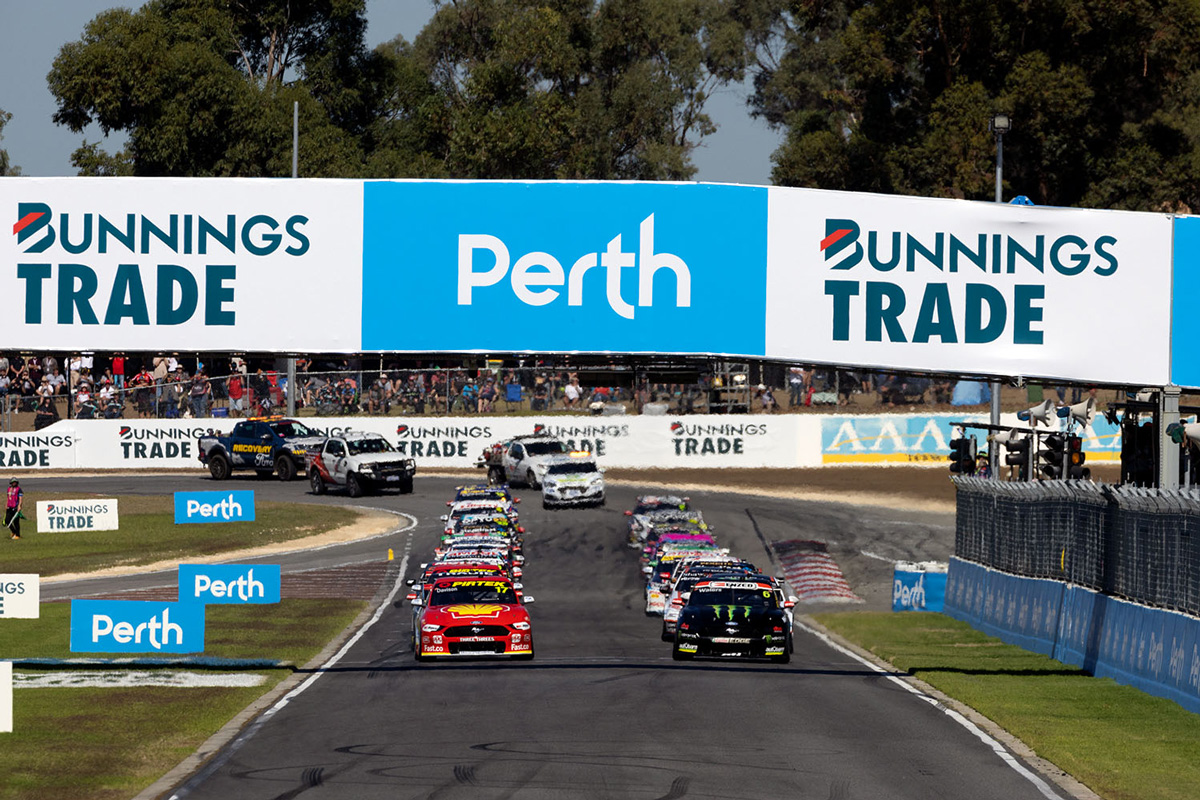 The redress. It’s a controversial topic but one worth revisiting in this week’s Pirtek Poll before the Repco Supercars Championship resumes at Winton Motor Raceway.

The reason it’s been brought to a head is, of course, the fallout from Race 11 of the season at Wanneroo Raceway 15 days ago.

Cameron Waters took the chequered flag but was instantly demoted to fourth given he had a five-second penalty hanging over his head.

That was applied following an incident with Will Davison, where the #17 Shell V-Power Racing Team driver lunged down the inside of the #6 Monster Energy Mustang at Turn 7 in an attempt to seize the race lead.

Waters ultimately remained in front after skirting around the exit kerb and back onto the pit straight, drawing the ire of Davison, and eventually Supercars driving standards advisor Craig Baird (essentially penalised for leaving the track and gaining an advantage, contrary to the breach initially showing up as an unsafe re-entry).

The situation was compounded by a late Safety Car period which bunched the field, making the Waters penalty all the more severe (meaning he lost three positions instead of one).

Many in the paddock felt a penalty of sorts was warranted, but not a three-place drop.

Perhaps the only way that could have been facilitated was a forced redress, whereby Waters would have to cede position to Davison but then could recommence hostilities and still have an opportunity to win the race.

The problem there is the redress is not an option available to be enforced by the DSA/Race Control. It’s a driver or team choice, as it stands.

But should it be?

The redress does make a lot of sense as a fair resolution, but it does have its drawbacks too.

The highest profile case of it going wrong was the 2016 Bathurst 1000.

As many will remember, Jamie Whincup made a late-race move on Scott McLaughlin at The Chase in a battle for the effective lead, but bumped his rival off the road in doing so.

Having got ahead, Whincup looked to immediately rectify the situation by slowing to let McLaughlin reclaim the position once he scrambled back onto the track.

However, the spanner in the works was an opportunistic Garth Tander, who was waiting in the wings just behind and sensed a chance to pull off a decisive double overtake.

As Whincup tried to juggle letting McLaughlin by without losing out to Tander, the three cars converged and spectacular contact wiped the latter two out of the race.

Whincup went on to take the chequered flag first but an already announced 15-second time penalty meant it was Davison, ironically, who again was promoted to victory.

The other intricacy of forcing a redress is the awkwardness that comes if not instantly handled.

Similar to the Whincup/McLaughlin/Tander situation, if a further position becomes at stake, it becomes tricky – for example, if another car has ended up between the two being investigated.

Applying a redress then becomes a multi-position penalty, rather than a straight swap.

With more close racing bound to unfold this weekend at the Pizza Hut Winton SuperSprint, it’s not out of the question that another Waters/Davison scenario could emerge.

So, we want to know, do you think Supercars Race Control should have the power to enforce a redress?

Vote in the Pirtek Poll below.