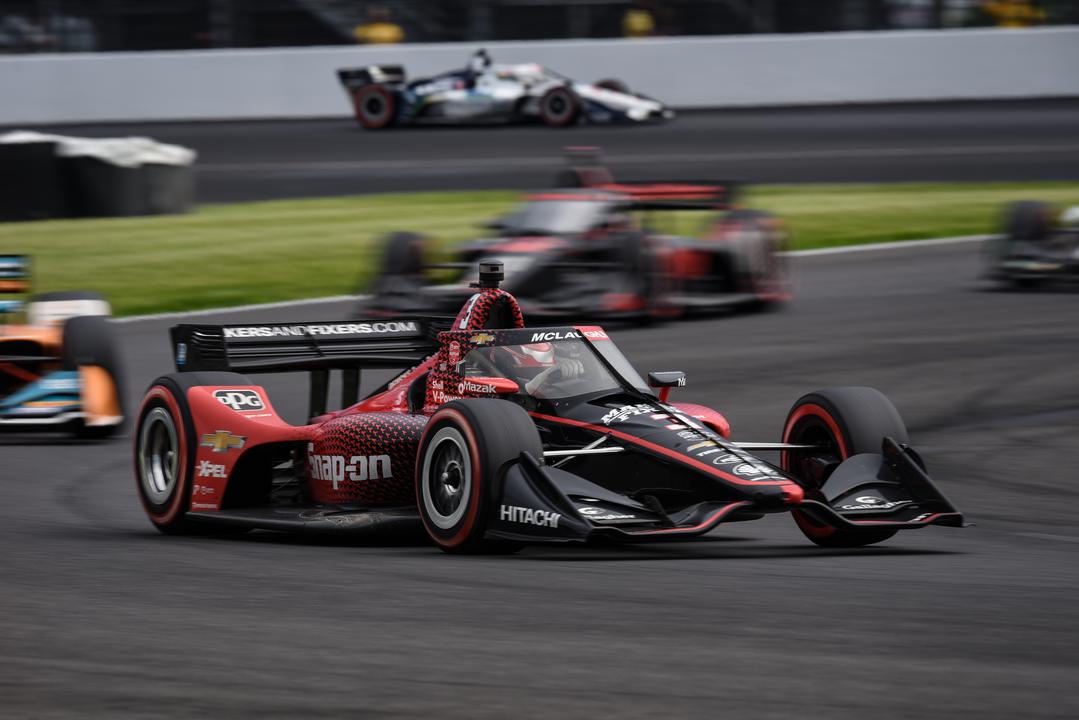 Scott McLaughlin admits he is “pretty gutted” after an opportunity to win the Grand Prix of Indianapolis slipped through his fingers with a spin under Caution.

The Team Penske driver jumped eventual winner Colton Herta for the lead during a pit stop cycle under the sixth Caution period of a chaotic Race 5 of the IndyCar season on the Brickyard’s road course.

However, Herta and almost everyone else in the field were back into the lane before the contest went green again to swap the slicks they had just put on for wets, as the rain got heavier again.

It looked like a restart was about to come when McLaughlin, who was left on slicks, went around at Turn 10, dropping to fifth.

Another spin almost as soon as the restart did occur put the #3 Chevrolet last of those still on the lead lap, and McLaughlin eventually got home a lap off the pace in 20th position.

“We were just on slick tyres at the wrong time,” he said.

“Pretty gutted for everyone on the Snap-On car; we came from 11th [on the starting grid], showed some pace, and led some laps.

“I felt like we were in position, but its Indianapolis, it’s the month of May and have to expect everything.

“We’ll keep working as a team and we’ll press on.”

McLaughlin had been set to re-take the series lead before throwing away the race lead, and it is team-mate Will Power who is instead on top of the points standings.

On the other hand, it was an even worse day for Penske’s other driver, Josef Newgarden, who was classified 25th at 15 laps down after an early run-in with Takuma Sato, Alexander Rossi, and Jack Harvey.

Newgarden qualified third but had dropped to fifth when, on Lap 16, Sato and Rossi both forced their way past before Car #2 was sent spinning thanks to a touch from Harvey.

“Got cleared out on the first lap and felt like we were fighting an issue pretty much the whole race. It was a very up and down day.

“The race went from rain to slick to back to rains. It was a long day and ended up getting in a scuffle with a couple more cars and got turned around which just made the day even longer.”

Practice for the Indianapolis 500 starts on Tuesday night (AEST).