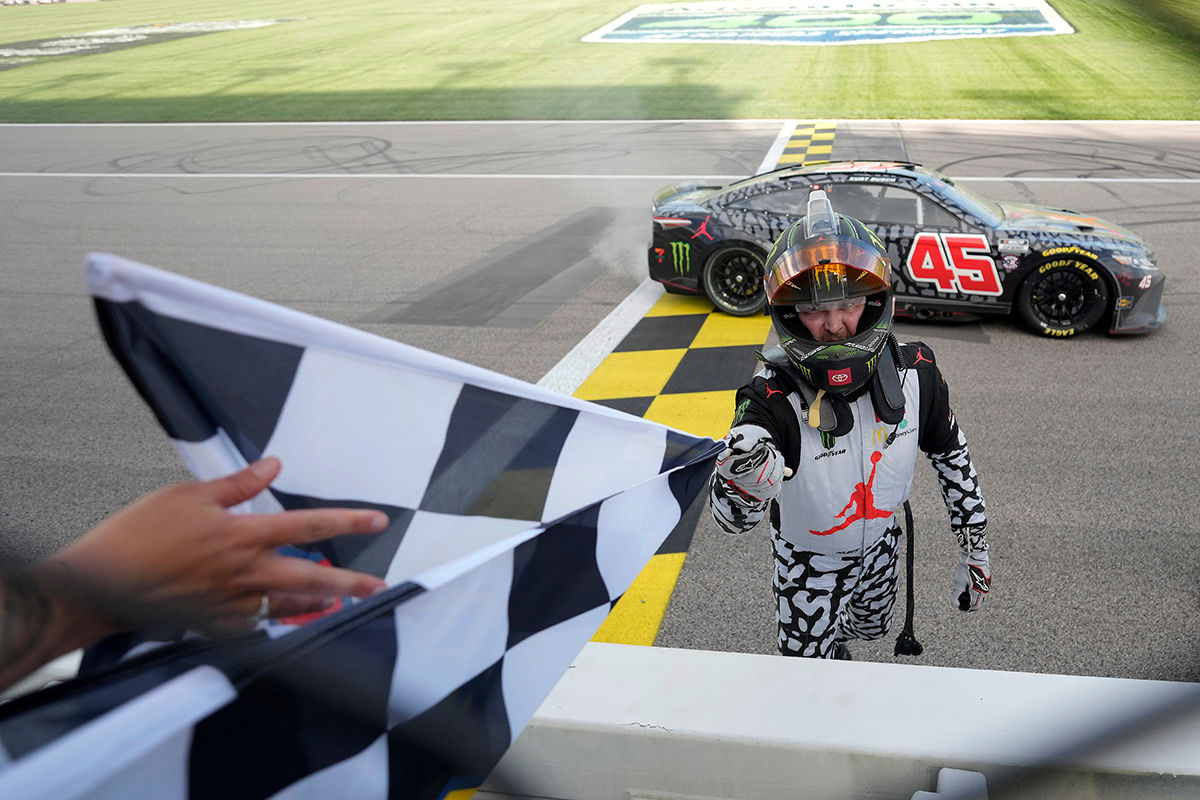 Busch, the 2004 Cup Series champion, was elated to get his maiden win for 23XI Racing, sporting a special Air Jordans paint scheme, winning by just over a second.

Kyle Busch took victory in Stage 1, while a spin from Daniel Suarez who was running fourth at the time left him with a cut left-rear tyre that would cause substantial damage.

Daytona 500 winner Jamie McMurray joined the booth for the Kansas race, and very much felt the hurt for the Trackhouse Racing Team.

“You know, what’s so frustrating about Suarez and the 99 team is that it seems like all the bad luck has been on them this year,” he said.

“Yeah, he was chasing that (the car losing the tyre) for a long time getting down into the corner.”

Kurt Busch went on to win Stage 2, after there was trouble for leader William Byron, who cut down a left rear tyre as well.

Kurt Busch and Larson raced hard for the lead, with Larson making an excellent save while attempting the ‘slide job’ manoeuvre, with Kurt’s brother Kyle sitting in third.

While racing for the lead with under 10 laps remaining, Larson got into the wall as Kurt Busch became more aggressive, and that’s all the 45 car needed to set sail into the lead.

“It’s all about teamwork, I don’t do this alone, and the way that Toyota has helped us, Joe Gibbs Racing, and my little brother has been so important on the family side,” Kurt Busch said after the race.

“Bubba [Wallace] is a tremendous team-mate, but this is 23XI, this is our first win for the 45 car, and with Jordan brand on the hood, I had to race like the GOAT.”