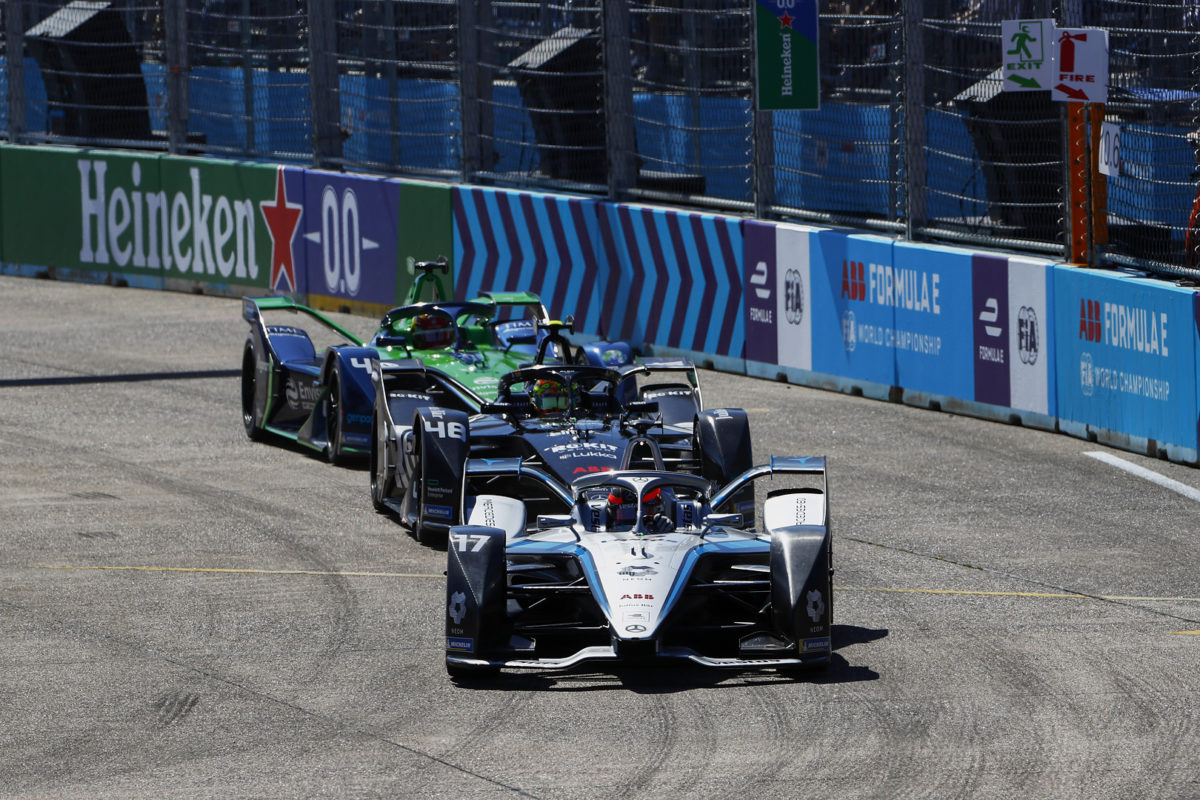 In a contest run in reverse direction relative to the first race of the weekend at Berlin Tempelhof Airport, de Vries made a good launch from third on the grid and went down the inside of pole-sitter Edoardo Mortara at the first corner.

The Dutchman continued to lead until Lap 9, when he took his single Attack Mode activation, but got back ahead of Mortara’s Venturi entry two laps later.

Mortara waited until Lap 15 to take Attack Mode and emerged in fifth position, but had climbed back to second spot by the end of Lap 20.

Still, after a win on the afternoon prior, he had to settle for second, de Vries prevailing comfortably by almost 2.5s.

Stoffel Vandoorne came from the fourth row to finish third in the 40-lapper, and Venturi’s Lucas di Grassi made for four Mercedes-powered cars in the top four.

With Jean-Eric Vergne (DS Techeetah) only getting home in ninth, Vandoorne’s lead in the drivers’ championship has grown to 12 points, and Mortara is now his nearest rival.

Like Race 8 of the season, the teams’ championship is also a case of Mercedes first and Venturi second, with 28 points splitting them.

Race 9 is the Jakarta E-Prix on June 4, and will be streamed live and ad-free on Stan Sport.