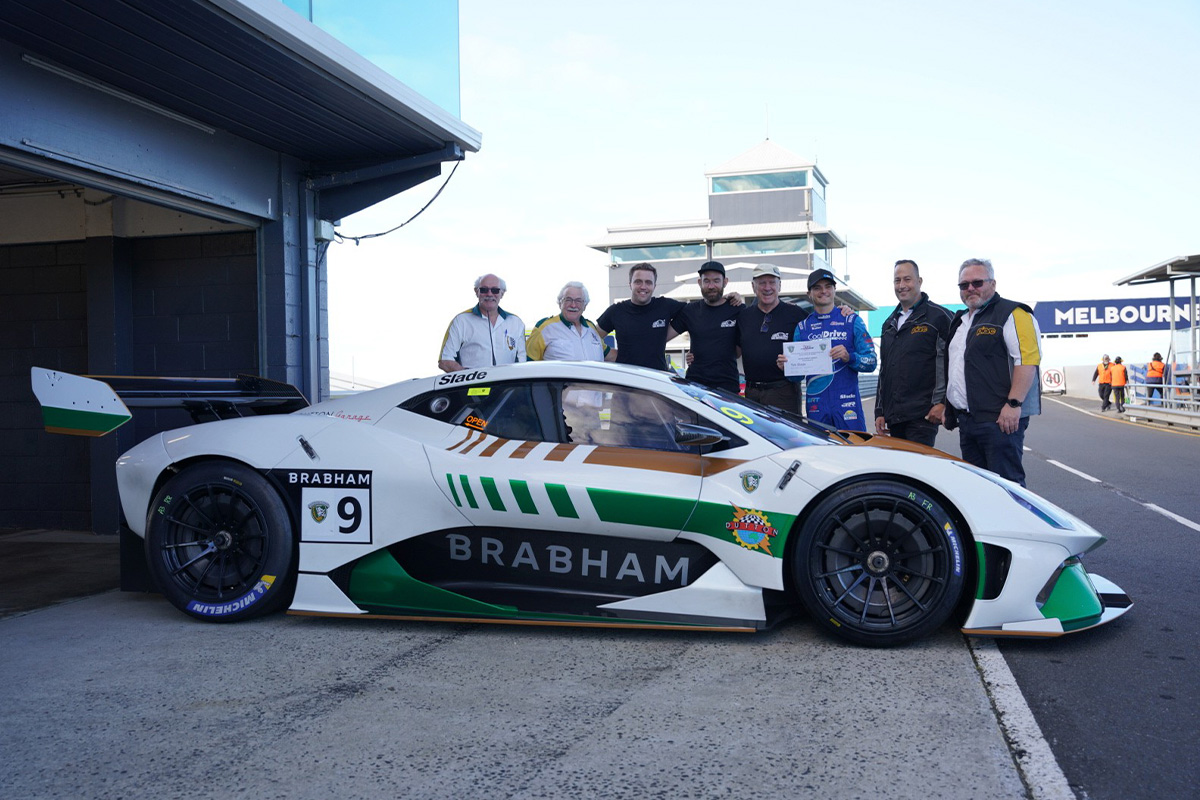 Slade with the Brabham Automotive crew at Phillip Island

The Blanchard Racing Team Supercars star drove the car, which was its Australian competitive debut, in a Victorian State Race Series event at Phillip Island.

Slade set a 1:24.060s in racing conditions to trump the 22-year-long record after scything his way through the field and breaking into clear air.

The previous outright lap record at Phillip Island was set in 2000 by Simon Wills, a 1m 24.221s at the wheel of a Reynard 94D Formula Holden.

“We basically had one shot at the record,” said Slade.

“The track conditions were relatively unknown as the wind increased, it wasn’t a perfect lap, but great to tick it off and claim the record.

“It’s nice when a plan comes together. For me it’s good fun. Driving such a cool car like this is always great.”

Slade praised the owner of the Brabham BT62 for the opportunity to have a go at the record.

“It hasn’t been an ideal lead-up to the record attempt, limited laps on Friday and none yesterday as it was raining, and because also the car is so much faster than all the other MGs it’s against this weekend it is really hard to find clear track to put a lap together.

“Worked pretty hard and jumped through a few hurdles just to be out on track, and we have to thank the MGs and Invited British Sports Cars for accommodating us.

“Happy for the car owner, Matt and Scott from AMS Motorsport and everyone else who has been involved behind the scenes in getting the car here – it’s very appreciated.”

Slade will be back in action aboard his Ford Mustang Supercar next weekend at Winton from May 21-22.