Perkins: B12H crash ‘one of the lowest points of my career’

Perkins: B12H crash ‘one of the lowest points of my career’ 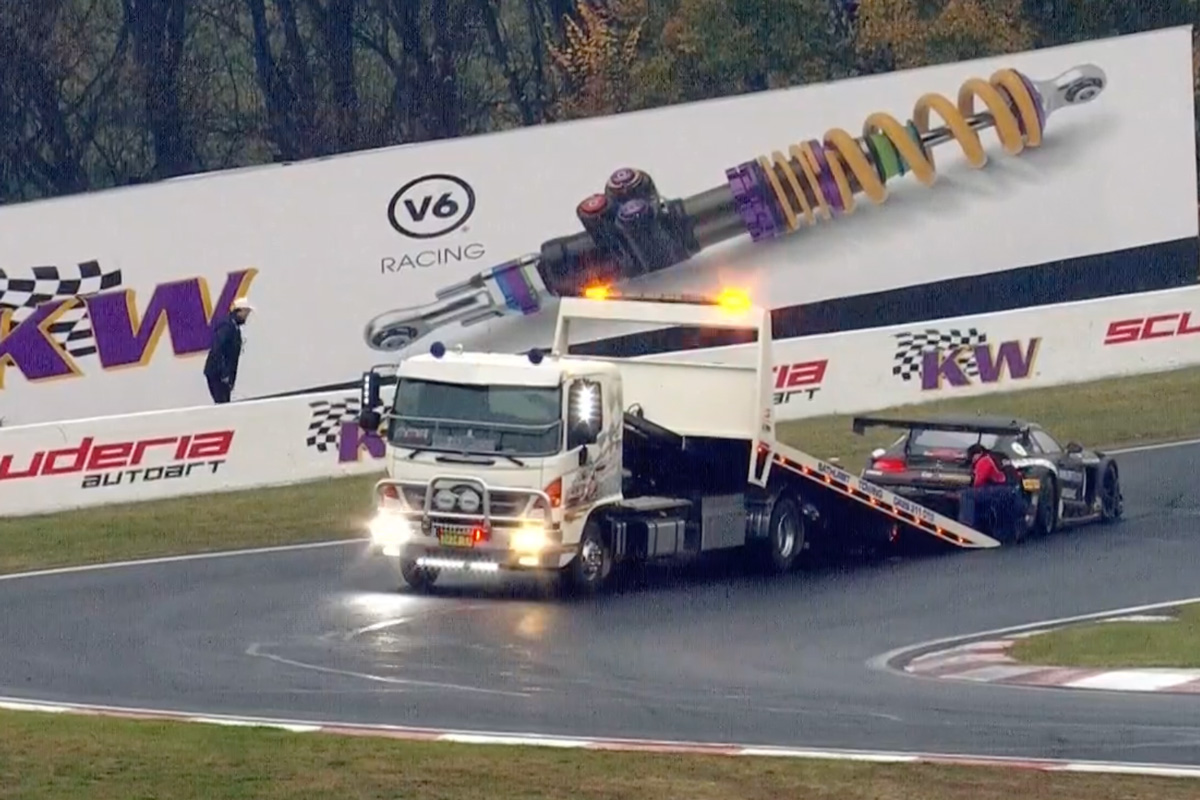 Jack Perkins has expressed disappointment at a mistake which saw him crash out of the Liqui Moly Bathurst 12 Hour.

The 35-year-old was on slick tyres when he was caught out by wet conditions at The Chase, pitching his #19 Mercedes-AMG GT3 into the wall.

Perkins was reportedly due to pit at the end of the lap for wet tyres.

“Probably one of the lowest points of my career,” he admitted.

“To do that on the out lap, I mean, young bloke, hot tyres, effed up, it’s as simple as that.

“I had already kind of backed off but it just whipped sideways on me; my mistake.

“Big apologies to the team, it’s just something that an experienced guy like me shouldn’t be doing.”

Perkins was sharing the car with Will Brown and Mark Griffith.

While the early going was affected by thick fog described by pole-sitter Chaz Mostert as “dangerous” and “ridiculous”, wet track conditions have presented the chief challenge for more than an hour now.