MotoGP set for switch of season-opener due to Qatar upgrades

MotoGP set for switch of season-opener due to Qatar upgrades 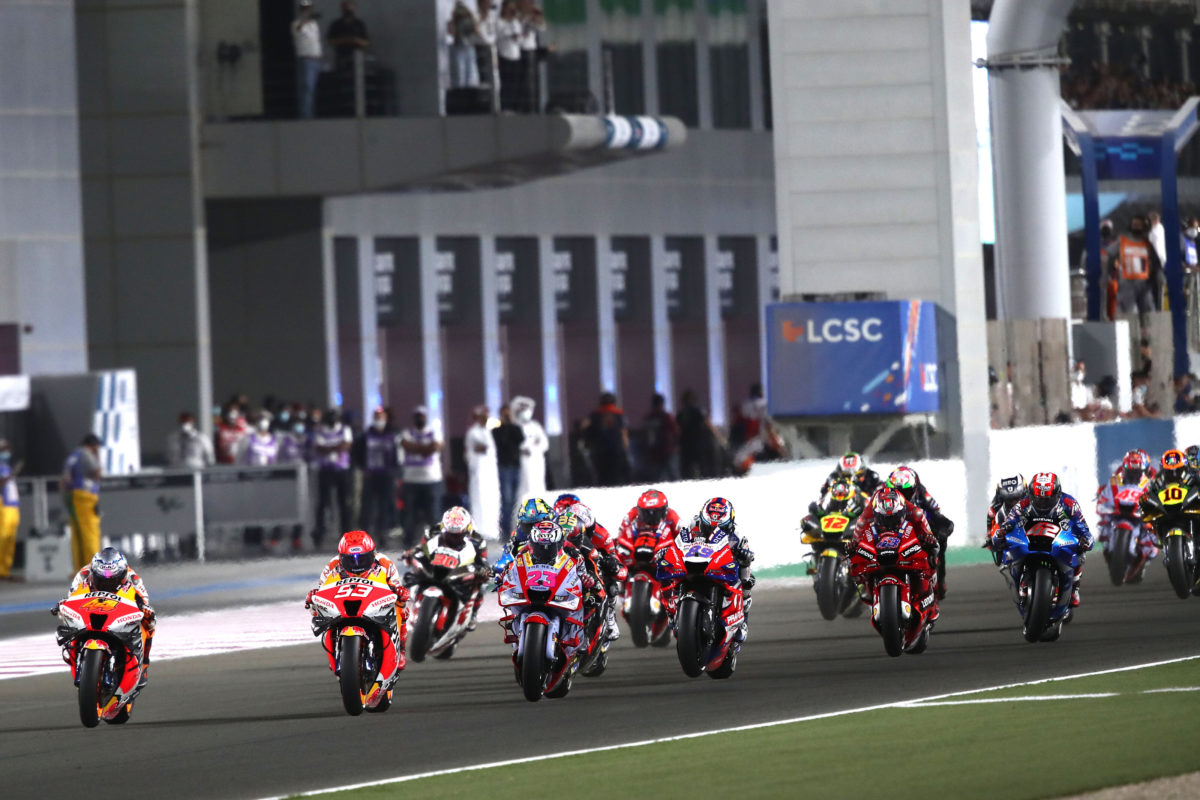 MotoGP will have a different season-opening event next year due to upgrades at Qatar’s Lusail International Circuit.

Instead of its now customary position as Round 1 of the season, the Qatar Grand Prix will be shifted to later in the 2023 campaign, once work at the venue is completed.

The Middle Eastern nation is also locked in to host Formula 1 on a permanent basis from next year, although whether Lusail would be the venue again has not been confirmed.

“Lusail International Circuit is set to undergo extensive renovation and remodelling to the paddock area and circuit facilities for 2023,” read MotoGP’s statement.

“The track is already confirmed on the MotoGP calendar until at least 2031, and the works will see the Middle East’s flagship motorsport venue further confirm its status as one of the world’s best-equipped racing facilities.

“The remodelling project will begin to take shape in 2022 and will see various areas redeveloped to create an even better experience for all those racing at and visiting the venue, from riders and teams to fans and guests.

“Lusail will host the 2023 Grand Prix of Qatar upon completion of the work, meaning the event will therefore not be the opening round, as it has been from 2007.

“Instead, it will take place towards the end of the season, under the spectacular floodlights of Lusail as the sport returns to enjoy some incredible racing – as has become tradition at the Qatar GP.”

Which circuit/event will open the 2023 MotoGP season has not been specified, although it is unlikely to be Phillip Island given Australian Grand Prix Corporation CEO Andrew Westacott recently told Speedcafe.com that a date switch between its motorcycle and car racing events is not foreseen.

Round 2 of this MotoGP season was the inaugural round at Indonesia’s Mandalika circuit, before the usual April stops in Argentina and the United States, and then the return to Europe.