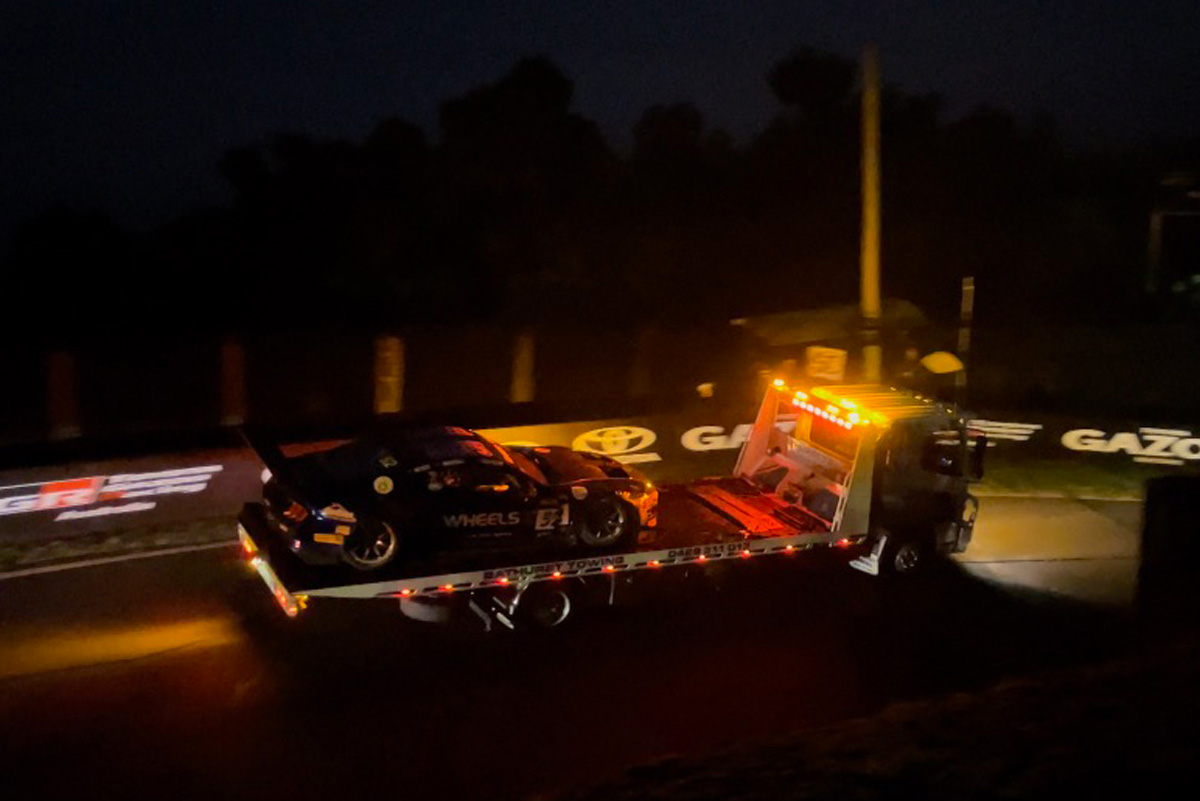 Chaz Mostert has not minced his words with regards to the decision to race through the fog in the early stages of the 2022 Liqui Moly Bathurst 12 Hour.

The #65 Audi driver who stormed to pole position in yesterday’s Top 10 Shootout was the pioneer out in front in the tricky conditions.

Thick fog covered the top of The Mountain this morning, leading to a call for an extended first stint behind the Safety Car.

However, that lasted just one additional lap before the green flags were waved.

Visibility seemed to improve for a time before considerably worsening around the 35-minute mark of the race to the point where the event commentary team was mulling when a Safety Car would be deployed.

The field indeed was neutralised soon enough, but not by choice, following a crash for Zane Morse at The Grate right on 06:00 AEST.

All the front-runners immediately took the chance to pit, allowing for the starting drivers to give insight into the challenge at hand.

Mostert did not hold back, having handed over to co-driver Liam Talbot still in the lead for the second stint.

“I’ll try to bite my words… that’s one of the most ridiculous things I have ever done in a car,” he said.

“That’s so dangerous out there. I feel so bad for the Ams getting in the car now because man, you can’t see apexes, you can’t see walls, and it’s worse when you’re out front, you just don’t have the guy to follow.

“So I feel really bad for the Ams, it’s really dangerous.

Asked where the fog was worst, Mostert replied: “It changes from lap to lap. It depends where the fog blows into, but Skyline for me is the most dangerous, the highest part of the track, you can write a car off and get seriously injured around there. It’s bad.

“It was pretty bad at the start. To be honest we shouldn’t have started, I don’t think, and then just before I came in it’s at its worst now.”

Visibility has now improved, although rain has just started to fall as at time of publication.

A second Safety Car has since been deployed after Brenton Grove (#4 Porsche) became beached at Hell Corner, while the slippery conditions have also caught out Jack Perkins (#19 Mercedes-AMG).