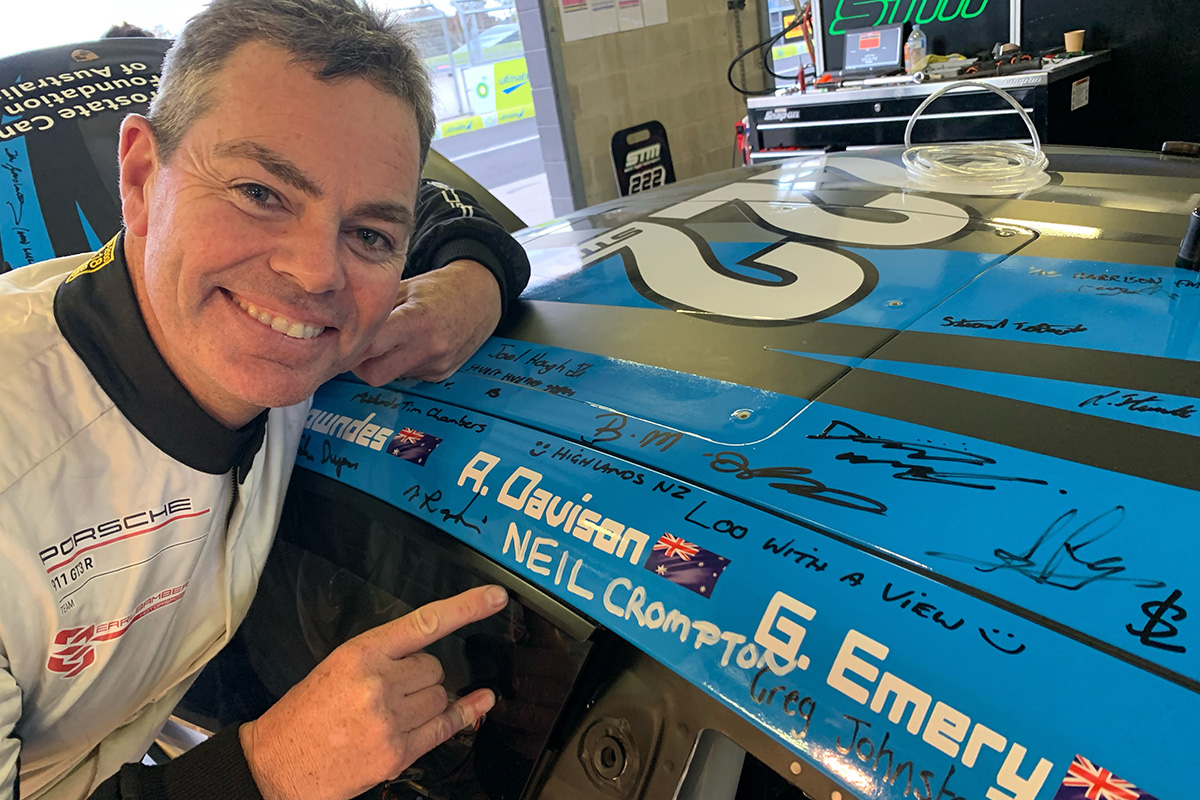 Craig Lowndes with the signatures

Fans who donated to the Prostate Cancer Foundation of Australia trackside at the Bathurst 12 Hour have been able to sign Craig Lowndes’ Porsche race car.

Scott Taylor Motorsport, supported by Ashley Seward Motorsport, is running the #222 Porsche Cup Car in Class C with a livery entirely dedicated to the Prostate Cancer Foundation of Australia.

The STM entry is using its presence in this weekend’s event to raise money for the cause, which is close to Lowndes’ heart.

Across Saturday afternoon, fans that tipped in and donated to the cause were able to sign the race car that is competing in today’s 12 Hour endurance contest.

Even Neil Crompton’s name is written on the car amongst the donors.

Team owner Scott Taylor generously donated $50,000 of his own money to the Prostate Cancer Foundation of Australia, with nearly $60,000 raised in total.

“Well, this has been Scotty’s baby from the start and it was his idea to run the charity car,” Lowndes told Speedcafe.com.

“So that was the first thing, and then he surprised all of us by putting his hand in his pocket and standing up for the cause and what he believes in and what he’s created.

“I’m blown away, as I said it’s close to home for me because of my family history but for someone like Scotty to get behind a charity event, but also to stand by it and put his hand in his pocket is commendable.

“We’ve got some people running around with donation tins if you’re here at the 12 Hour and want to get involved on race day.

“You can go to our Facebook page, there’s a link, or you can get on to the website [by clicking here] and you can donate through that site as well.

“Every bit of money we raise this weekend all goes to the Prostate Cancer Foundation.”