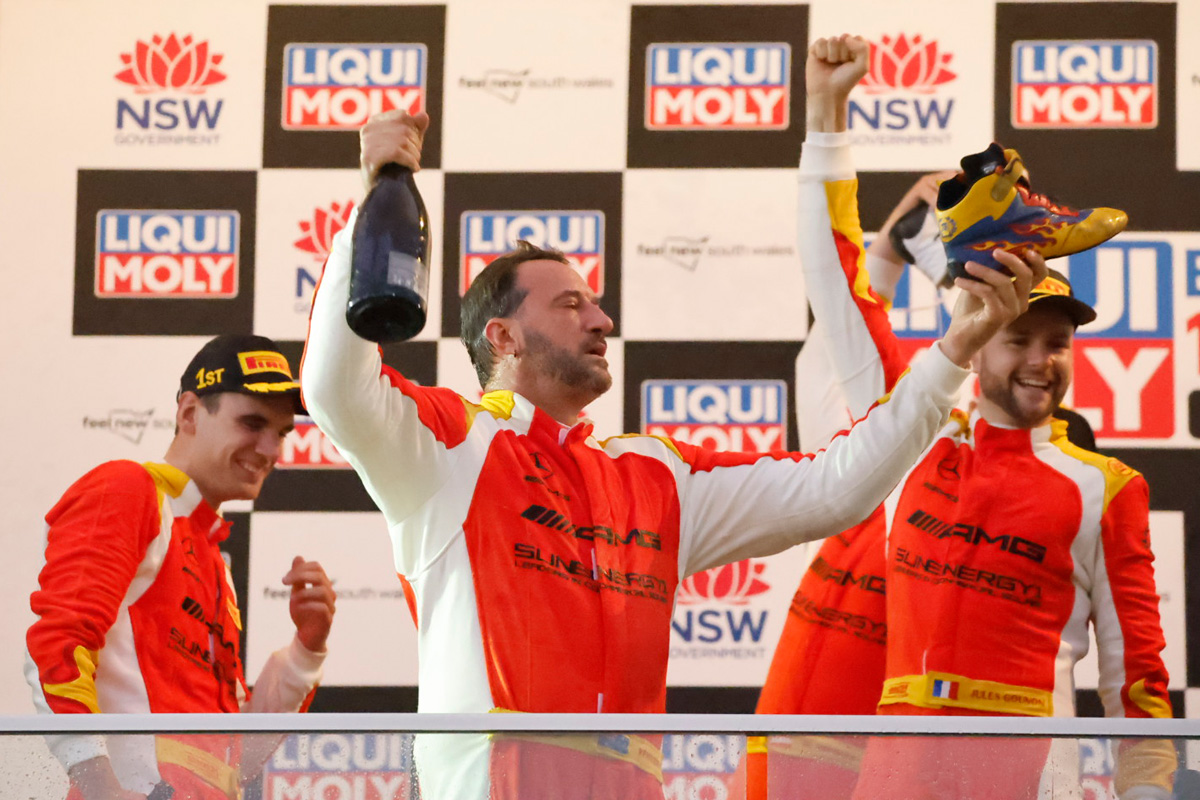 Kenny Habul cut an emotional figure after achieving a lifelong dream to win at Mount Panorama.

Habul regards Mount Panorama as a special, even “mystical” location – and actually owns a property on Conrod Straight.

Making the occasion even more memorable is the fact his mentor, the late Peter Brock, is known as ‘The King of The Mountain’.

Brock won the Bathurst 1000 an unparalleled nine times, and played a key role in Habul’s upbringing.

“I had a rough upbringing, I had to leave home and I went to Melbourne and he looked after me and took me in,” the 48-year-old revealed post-race.

“I worked there with his race teams and basically just swept the floors and washed the wheels and he always checked on me, and Bev [Brock] also.

“When everyone went home at the end of the night and no one was around, I would jump in the race car. I couldn’t tell anyone, because that was illegal; I just sat in the car.

“As a kid with dreams, he was the ultimate. He never ever turned away from an autograph or a picture with someone.

“He gave so much of his time, and you don’t see that to be honest with a lot of superstars in the world across all different sports, you don’t see enough of ‘let me put myself out and make time for 200 people in front of me’. He was that guy. He never left early, he never said no.

“I was here in ’87, I was 14 years old, and he actually finished third but ended up winning when the other cars were disqualified.

“I own that car now, the #10, drove it at Goodwood. She’s a bit how’s your uncle compared to this Mercedes, no ABS, no traction control, no power steering. I don’t know how they drove them around here to be honest back then.

“He was good to me, and just a shout out to Bev. She’s fighting some health issues and we’re all praying for her and hoping she pulls through. She’s a good lady.”

Speaking to the Mount Panorama circuit, Habul added: “No one has ever come here and just conquered this place.

“I mean, Peter told me way back, 2004 or something, he said ‘no one has ever done a perfect lap here, and if you try too hard, you bring it back four feet shorter’. And that’s what happens.

“That’s what makes it mystical to me.”