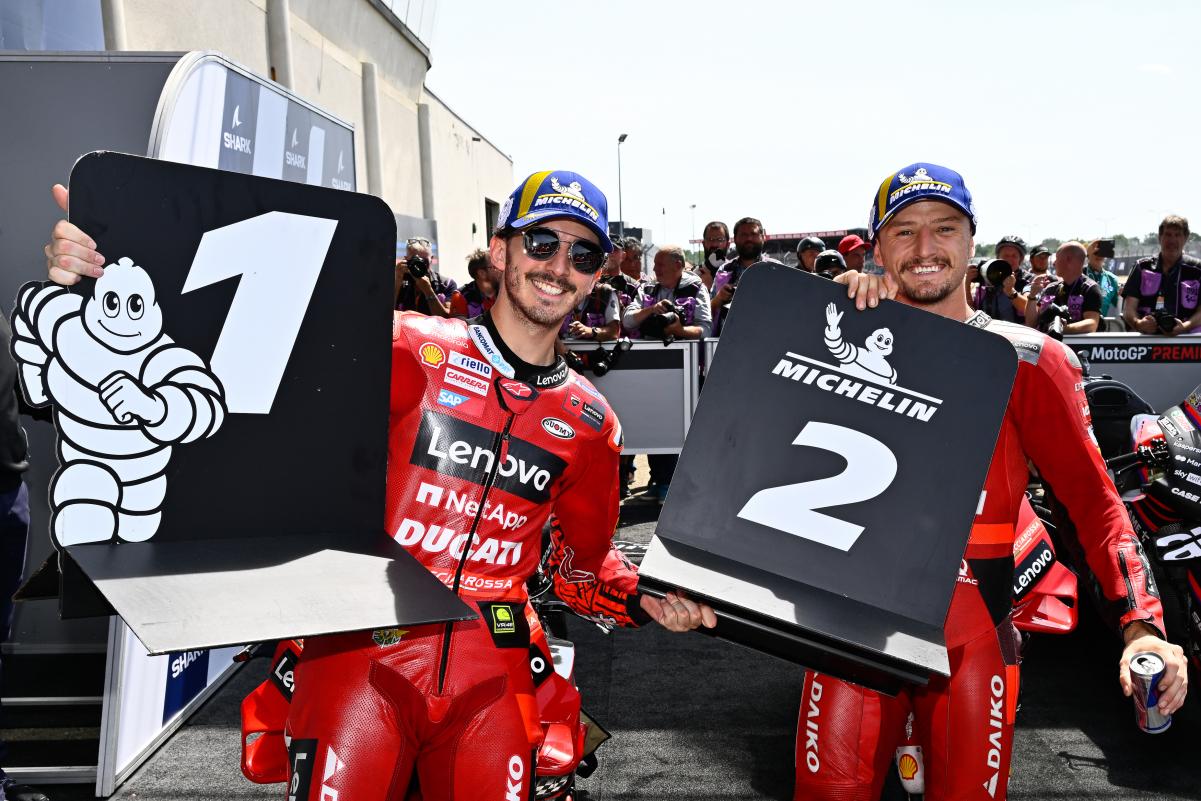 Francesco Bagnaia has taken pole position while Jack Miller made it a factory Ducati one-two in qualifying for the French MotoGP.

Joining the Ducati Lenovo Team duo on the front row at Le Mans will be Aprilia Racing’s Aleix Espargaro, while championship leader Fabio Quartararo was fourth-fastest on his Monster Energy Yamaha.

The fight for pole had essentially been a duel between Bagnaia and Quartararo a fortnight earlier at Jerez, and it was shaping up to be much the same at Le Mans.

On his second flyer back out of the pits, however, Bagnaia charged to an All Time Lap Record 1:30.450s, and towed his Australian team-mate to a 1:30.519s in the process.

Quartararo had no improvement on his opening run, and would be nudged off the front row when Aleix Espargaro set a 1:30.609s on his final lap.

Johann Zarco (Pramac Ducati) had qualified sixth-fastest but was slapped with a three-position grid penalty for impeding Pol Espargaro (Repsol Honda) late in the session.

Martin and Mir had come from Qualifying 1, in which Marco Bezzecchi (Mooney VR46 Ducati) missed the top two by 0.007s.

Bezzecchi, who sprayed off the track and through the gravel at Turn 1 earlier in the session, is therefore set to start from 13th, while Tech3 KTM duo Remy Gardner and Raul Fernandez qualifying 22nd and 24th respectively.