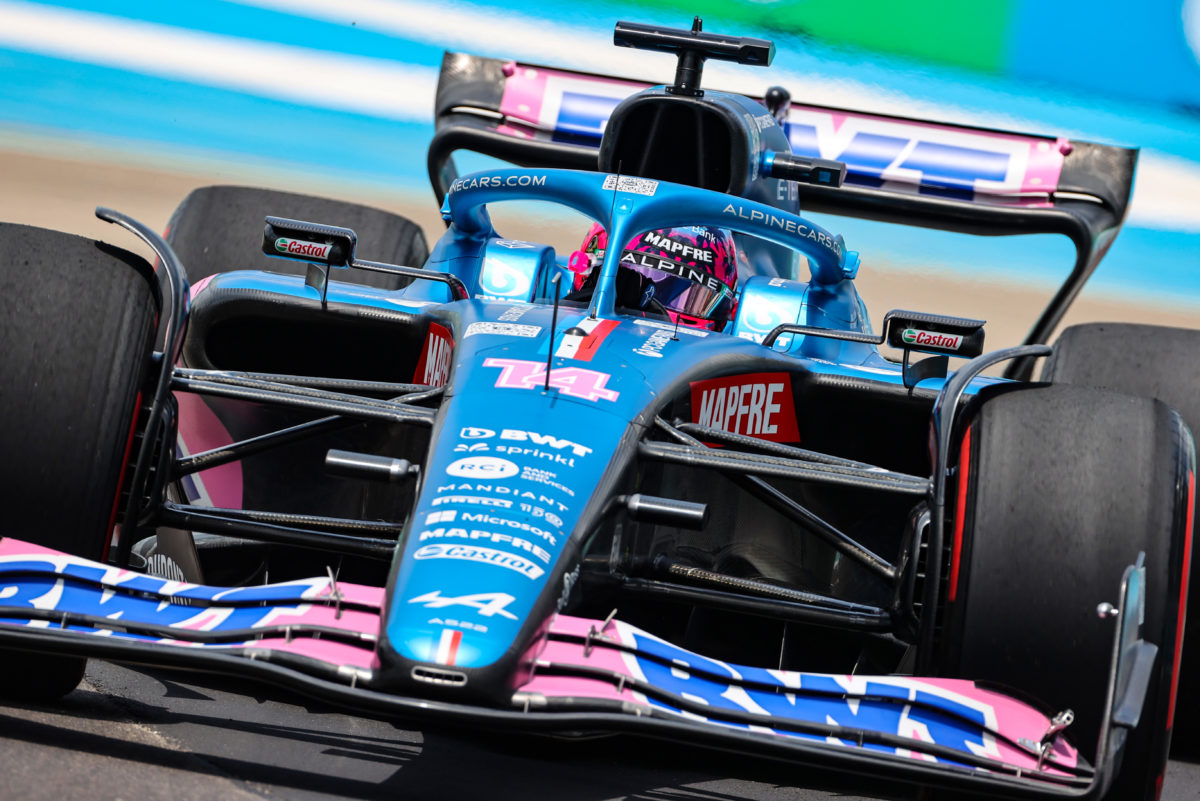 Fernando Alonso is frustrated to have recorded just two points from five races despite what he claims is the best start he’s had to a Formula 1 season since 2012.

The two-time world champion is equal 16th in the drivers’ standings with Lance Stroll having been classified 11th in the Miami Grand Prix last weekend.

He’d actually crossed the line ninth, but a post-race penalty for contact with Pierre Gasly shuffled him back two places.

It leaves his ninth place at the season-opening Bahrain Grand Prix as both his best result and sole points finish of 2022.

“It has been [frustrating],” Alonso admitted.

“Obviously it feels a little bit strange to have two points in the championship after having probably my best start of the season in terms of competitiveness of the last 10 years, maybe from 2012.

“We’ve been, I think, extremely unlucky with some of the events that happened,” he added.

“A very easy sixth in Saudi, obviously the problems in Melbourne with qualifying and then in the race, and then again in Lap 1 in Imola we were out of the race.”

By contrast, team-mate Esteban Ocon sits ninth in the drivers’ championship with 24 points to his name, the Emilia Romagna Grand Prix the only time he’s finished outside the top 10 throughout the opening five races.

Alpine has shown pace throughout much of the season thus far, though has been unable to capitalise on that.

In Melbourne, a car issue during qualifying saw Alonso spin out while on course for a strong grid position – potentially the front row.

“We need to convert that decent qualifying pace into like a consistent sustainable race pace, that we didn’t manage to get to be honest in the first few races, and that’s why we didn’t get the points,” said Laurent Rossi, CEO of Alpine.

“We are as frustrated as he is,” he added of Alonso’s mood.

“I’m frustrated. He has only two points.

“I think, and it’s always been like – if you ask people they probably think he is fourth at a championship because he’s always up there.

“He’s been fairly unlucky, all of the glitches that we encountered and/or problems on the track, were almost constantly on this side [of the garage].

“Hopefully, the tables are going to turn a bit and he’s going to show that indeed he’s in absolute brilliant shape.”

Alonso is in the second year of his F1 comeback after stepping back from the sport at the end of 2018.

The 40-year-old has voiced his desire to continue for another couple of seasons, and has been linked with moves to Aston Martin in place of Sebastian Vettel, who many tip to retire at the end of the year, and Red Bull.

Christian Horner has rejected the latter move, supporting incumbent Sergio Perez, who is on a one-year contract.

Formula 1 heads next to Barcelona for the Spanish Grand Prix, opening practice for which begins at 22:00 AEST on Friday.